Home Real Housewives of Beverly Hills News Brandi Glanville Reacts to Garcelle and Dorit’s Shade on RHOBH Finale Episode, Calls Out Denise for Her Many “Contradictions” and Slams Her as “Vindictive”

Brandi Glanville Reacts to Garcelle and Dorit’s Shade on RHOBH Finale Episode, Calls Out Denise for Her Many “Contradictions” and Slams Her as “Vindictive” 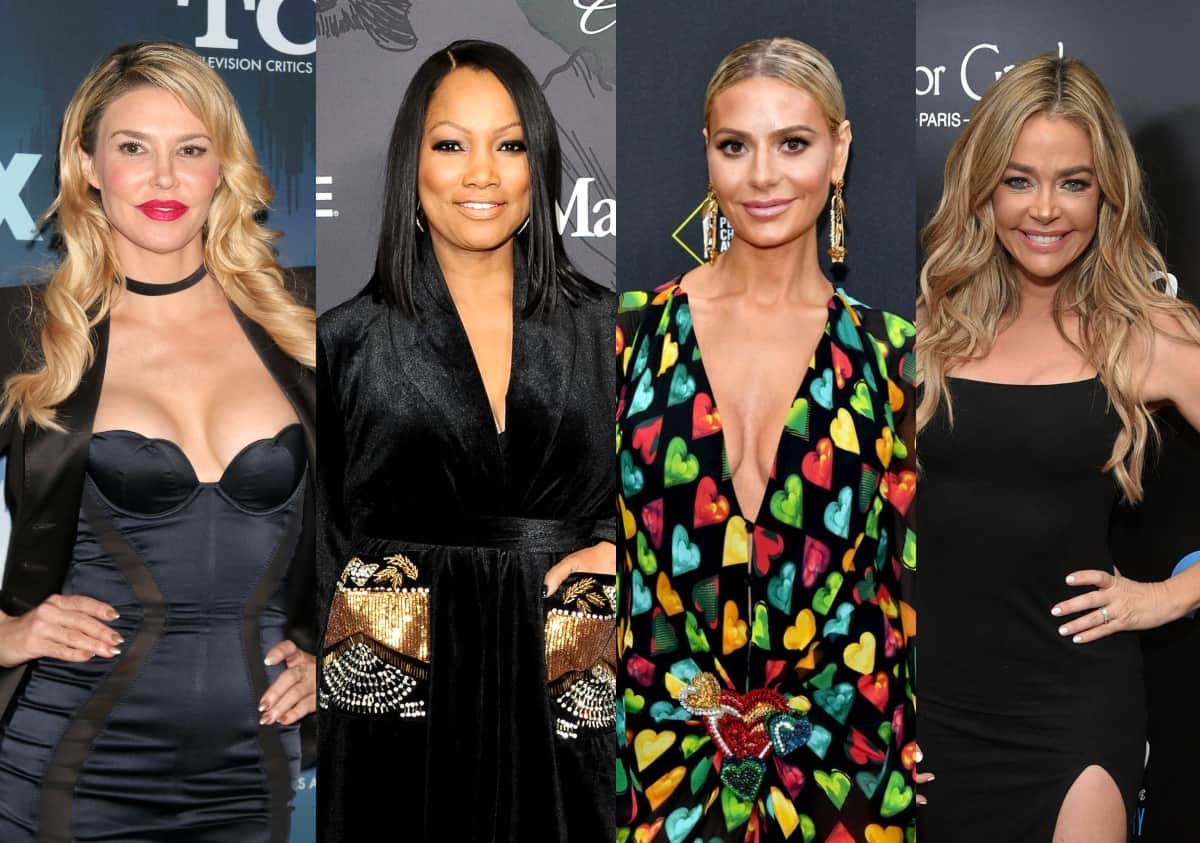 Brandi Glanville isn’t surprised that several members of the Real Housewives of Beverly Hills cast appear to be on her side in regard to the ongoing rumors surrounding her supposed affair with Denise Richards.

During a recent episode of her podcast, Brandi opened up about her drama with Denise before revealing why she wishes she had gone to Rome and reacting to the negative comments Dorit Kemsley and Garcelle Beauvais said about her during the finale episode.

“I’m not lying. I’m telling the truth and they’ve all seen my phone,” Brandi said on the August 28 episode of Unfiltered.

During a recent episode, Brandi was seen sharing years of text messages between herself and Denise after Denise said the two of them barely knew one another.

“She said that there’s an app? If you know me, I can barely use [my iPhone],” she explained, adding that she’d love for Denise to share her supposedly different texts. “Please! Show them. I thought there weren’t any. What are you talking about? Come on, Denise… There aren’t different texts. [But] maybe she has an app for that!”

According to Brandi, she wishes she had been included in the cast’s trip to Rome because it would have allowed her to address her issues with Denise face-to-face.

“I wanted [her to talk to me]. Once you tell one person in the group, which I told [Kim Richards], if it doesn’t come out of your mouth, the story is going to get misconstrued. So, I said exactly what happened and I wanted to follow it up seeing her. And I told her that. I wish I could have sat down with Denise. I feel like I have unfinished business.”

On the finale episode of the show, during which Dorit threw a party, Dorit and Garcelle appeared to be completely caught off-guard when Brandi arrived with Dorit. Dorit noted that she would have never invited Brandi into her home and Garcelle suggested she should not have been there and didn’t know her.

“I didn’t know it was Dorit’s party. I just thought it was the [finale]. So before we walk in, Kim goes, ‘You are my plus one.’ I’m like,’ What?!’” Brandi said of not being invited.

As for Garcelle’s diss, Brandi made it clear that Garcelle knows exactly who she is.

“I talked to [Garcelle] for like 30 minutes at Kyle’s party and I also did [Hollywood Today Live] a few times. So it was interesting. She was like, ‘Who is the tall girl?’ Are we acting? It was more than a little strange,” Brandi said.

Brandi also wishes Denise had attended the finale party after claiming the two of them hooked up, and that Denise spoke poorly about the other women.

“The truth hurts sometimes,” Brandi stated. “She knew I was going to the party. That’s why she didn’t come. I texted her. I said, ‘I really need to talk to you.’ I thought she would want to confront me like she did with Camille last season and she did with Kyle this season. She’s not that person that runs away from something. So the fact that she’s running away from this… I don’t think she can act her way out of this one.”

Brandi then commented on Denise’s confrontation with Lisa Rinna, during which Lisa noted Denise was “angry.”

“[She went] from the good Denise to the vindictive [Denise],” Brandi said in response to the intense moment.

While Brandi did not attend the RHOBH reunion taping in July, she and Kim are expected to film a special with Andy Cohen on September 8.

“I think it’s Kim and myself on the 8th, if we can find Kim. She was in Aspen and now she’s not returning anyone’s calls and no one knows where she is. I mean, she’s here. I think she’s just wrapped up in family and when you’re wrapped up in family, you don’t talk to people,” Brandi revealed.

Also during the episode, Brandi said she was happy that her confessional scenes were cut from the show.

“My confessionals were really serious and I cried. So I’m glad they didn’t use them,” she said.