Will Denise Richards‘ ongoing feuds with Lisa Rinna and Brandi Glanville keep her from returning to The Real Housewives of Beverly Hills for the series’ upcoming 11th season?

Following a messy falling out between Denise and Lisa, and months of rumors regarding a supposed affair with Brandi, an insider is revealing where Denise stands in terms of a return as another source speaks out about her potential reconciliation with Lisa.

“Denise‘s decision about another season will have nothing to do with Lisa Rinna or Brandi Glanville,” a source told Hollywood Life on September 6. “She’s not one to let others influence her which was clear this season.”

According to the insider, the majority of the RHOBH cast believes Denise will leave the show after season 10, even though she showed up to the reunion after previously leading them to believe she would pass.

“The other ladies seem to think Denise will quit, but a lot of them also thought she wouldn’t come to the reunion either,” the source said.

Throughout the season, Denise stormed off from her cast mates on a number of occasions before skipping the filming of the finale episode completely and quitting filming in December.

In a second report, another insider revealed that while Denise wasn’t thrilled with the outcome of the season, she has no regrets and would actually like to mend her 20-year friendship with Lisa.

“Denise is upset with how the season ended, but she has no regrets about anything,” the second source revealed to Hollywood Life. “She spoke her truth and put her side out there and stands by it. She’s happy it’s all been shown and is now over with.”

As for her drama with Lisa, the insider said Denise would be willing to move forward with a friendship if Lisa apologizes for the way she treated her during season 10.

“She’d love to be able to repair her friendship with Lisa Rinna, as they have not spoken since the reunion, but she really feels she’s owed an apology,” the insider shared. 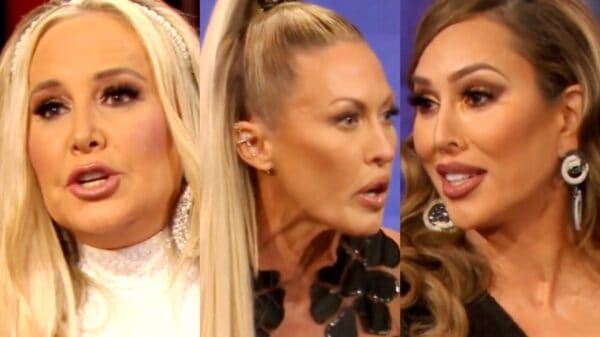