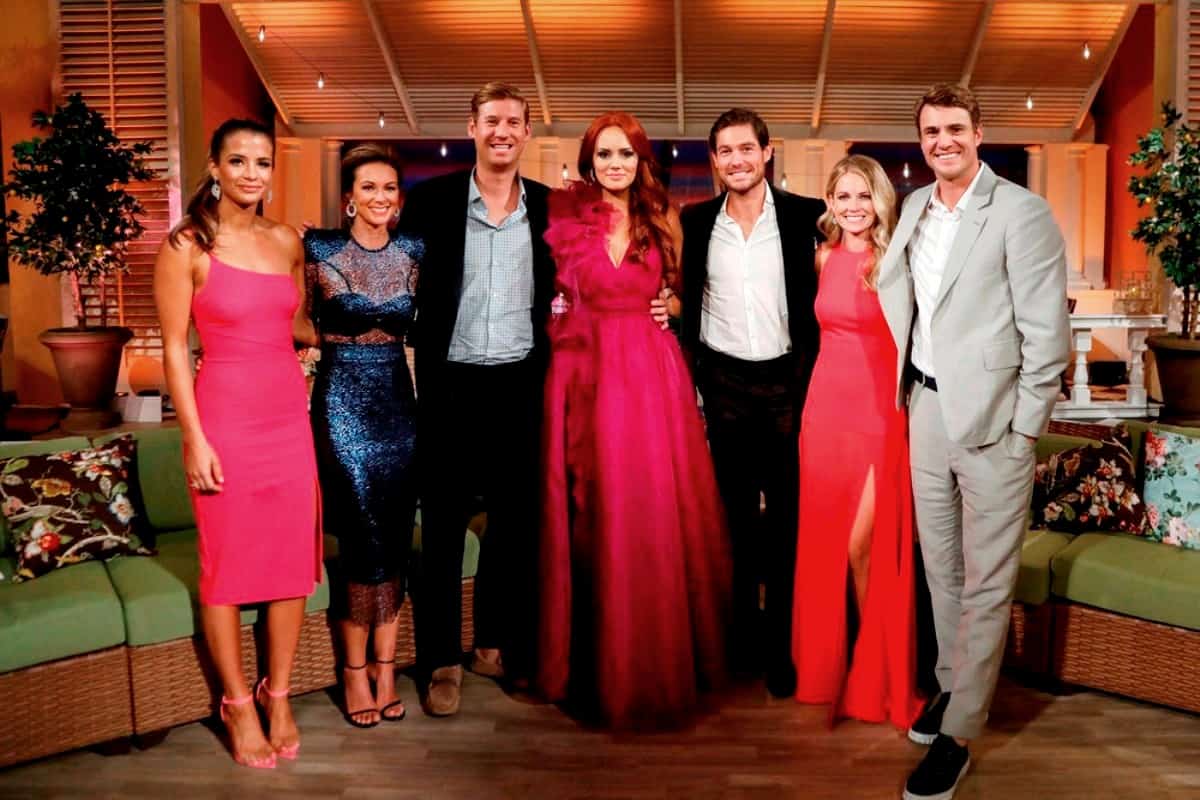 Southern Charm‘s seventh season has yet to hit the airwaves, but the show has already made headlines recently for some decisions made about its past episodes.

Last month, the show notably took down four episodes from past seasons as a Bravo spokesperson explained the temporary removal of the episodes, citing racial insensitivity within the content.

TikTok user @thetalkofshame first noticed the removal. She pointed out a moment from the season three premiere when cast member Kathryn Dennis gives a tour of her family’s home (a plantation) to her friend, K. Cooper Ray.

“And there’s actually a slave cemetery over there — no joke!” Kathryn tells K. Cooper in the scene, as they go on to discuss the details of the plantation.

“So this was a rice plantation?” K. Cooper asks.

Bravo has since restored three of the four episodes, but they deleted the plantation scene from the season three premiere episode. A Bravo executive spoke about the decision with Variety on September 5.

Variety reporter Kate Arthur asked a few complicated questions about the choice. She wondered if erasing something problematic was the right move, considering how the scene already aired.

“It is a very hard question you’re asking. Because it is really the struggle of the time; it is the question of the time,” Shari Levine, Bravo’s executive vice president of production, said. “People behave in a certain way, and it feels uncomfortable for a large number of people — but it’s also a reflection of a moment of a culture.”

As Variety also reported, that same TikTok expressed her opinions about the deleted scene, noting the complex, yet problematic nature of deleting the content entirely.

“Here’s the thing: I don’t want those scenes cut out. Should they have been glamorized when they were originally aired? Absolutely not. But now that we know better, we should all have to take a look at how this country was built — where old money really comes from,” the user stated.

Shari added, “We have very mixed feelings about it.” And about that specific scene, Shari added: “It is exactly what Kathryn felt at the time that she was saying it.”

The move from the network aligns with an intention to be more racially conscious, considering the civil unrest and upheaval happening this year around the Black Lives Matter movement. Executives also made the decision in June to fire Stassi Schroeder and Kristen Doute of Vanderpump Rules for past racially insensitive behavior they deemed unacceptable.

“We clearly made a choice when it came to Vanderpump Rules, and we were very vocal about that,” Shari said. “We are mindful of what the moment is. And we all feel the same in terms of intolerance, and in terms of being part of a culture that doesn’t inflict pain on people.”

Southern Charm star Kathryn fell under similar scrutiny after a Charleston activist, Mika Gadsen, called her out for supporting a friend’s participation in a Trump boat parade and Kathryn sent a monkey emoji — a historically racist gesture — during their conversation.

Kathryn issued a public apology on Twitter, and she is reported to be returning for season seven of the show, which started filming this summer (now without three cast staples.)

The VP continued by talking about how tough the situation is for the network moving forward, considering how some moments could be educational for some but hurtful or painful to experience for others.

“It’s a really tough place to be,” she said. “I don’t have a straight answer for you, and I wish I did. It is a really difficult place — and they’re really hard questions to navigate.”