Home Real Housewives of Beverly Hills News Camille Grammer Says RHOBH is All Kyle Richards Has Going For Her After Kyle Slammed Her as Desperate to Be on Show, Plus She Accuses Cast of Plotting to “Take Down” Denise to Secure Their Diamonds

Camille Grammer Says RHOBH is All Kyle Richards Has Going For Her After Kyle Slammed Her as Desperate to Be on Show, Plus She Accuses Cast of Plotting to “Take Down” Denise to Secure Their Diamonds 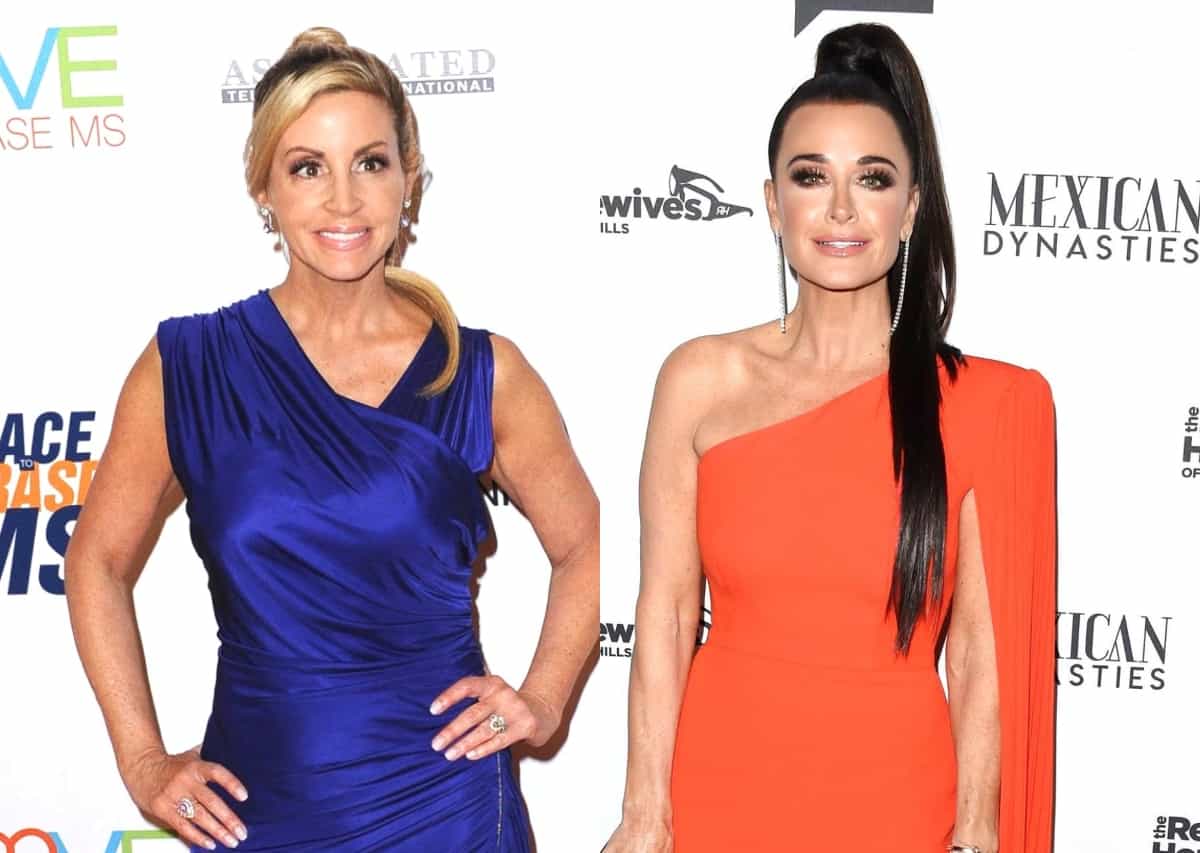 Kyle Richards and Camille Grammer are at it again.

Just days after Kyle told Camille to “get a life” amid a Twitter feud, the Real Housewives of Beverly Hills star accused her former castmate of being desperate to be a part of the show on Instagram as Camille responded with a slew of allegations against her and the rest of the women of the series.

“If they asked her back she would be there in [two] seconds,” Kyle said in response to an article in which Camille accused Teddi Mellencamp of being her “puppet,” via Comments by Bravo on Instagram.

“No, my life is not the show unlike yourself,” Camille replied. “You live and breathe [RHOBH]. I told [Denise Richards] in February I wouldn’t want to go back. She asked if I would go back if she was on and I told her no because it [is] too toxic. Truth.”

In a second message, shared after a fan told Camille not to lower her standards, Camille accused Kyle and her co-stars of plotting to take down Denise on season 10.

“It’s awful and painful to watch grown women take down Denise to keep their diamonds. Smh,” she wrote. 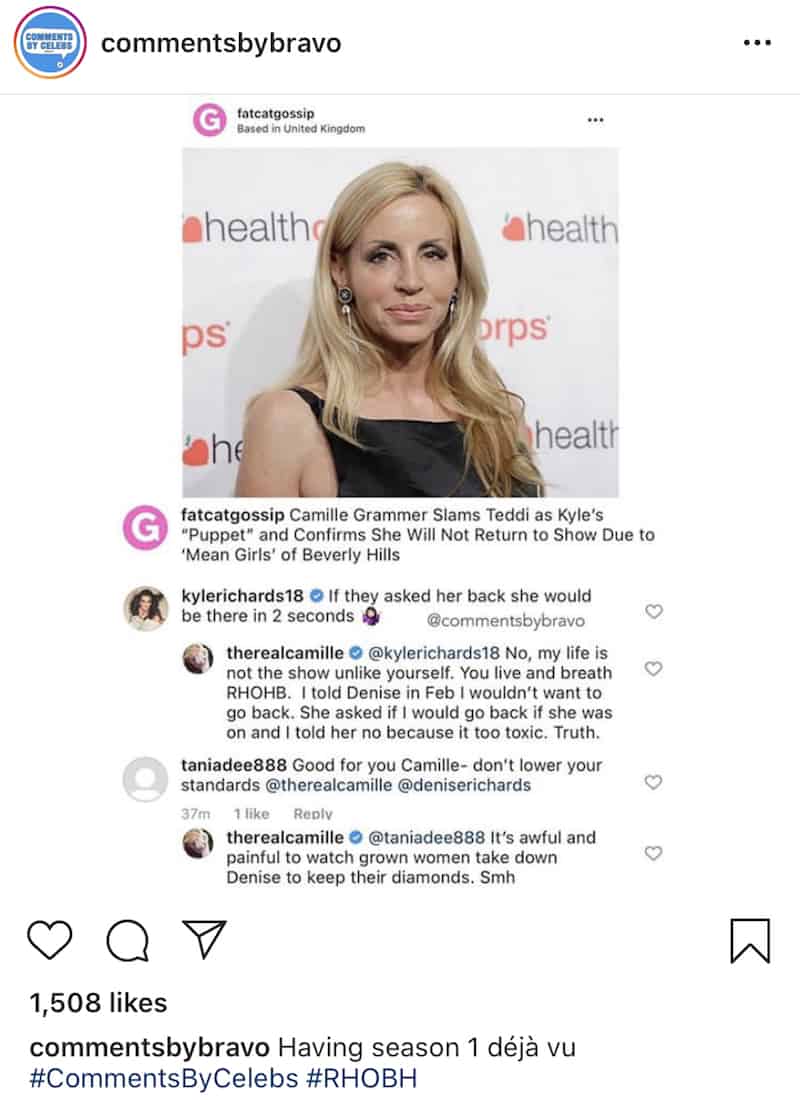 As fans of RHOBH well know, Denise confirmed she would not be returning to the cast earlier this month after being accused of engaging in an affair with Brandi Glanville and speaking poorly about her co-stars behind their backs.

Weeks later, Denise opened up about her decision to leave the show after just two seasons while appearing on the premiere episode of The Real‘s seventh season.

“It was actually a really tough decision,” Denise admitted to the hosts, including her former castmate Garcelle Beauvais. “I’ve been a fan of the show and I had a lot of fun doing my first season. Obviously my second season was very challenging and I went back and forth with it, and at the end of the day I decided it was time for me to move on and focus on other projects that I have.”