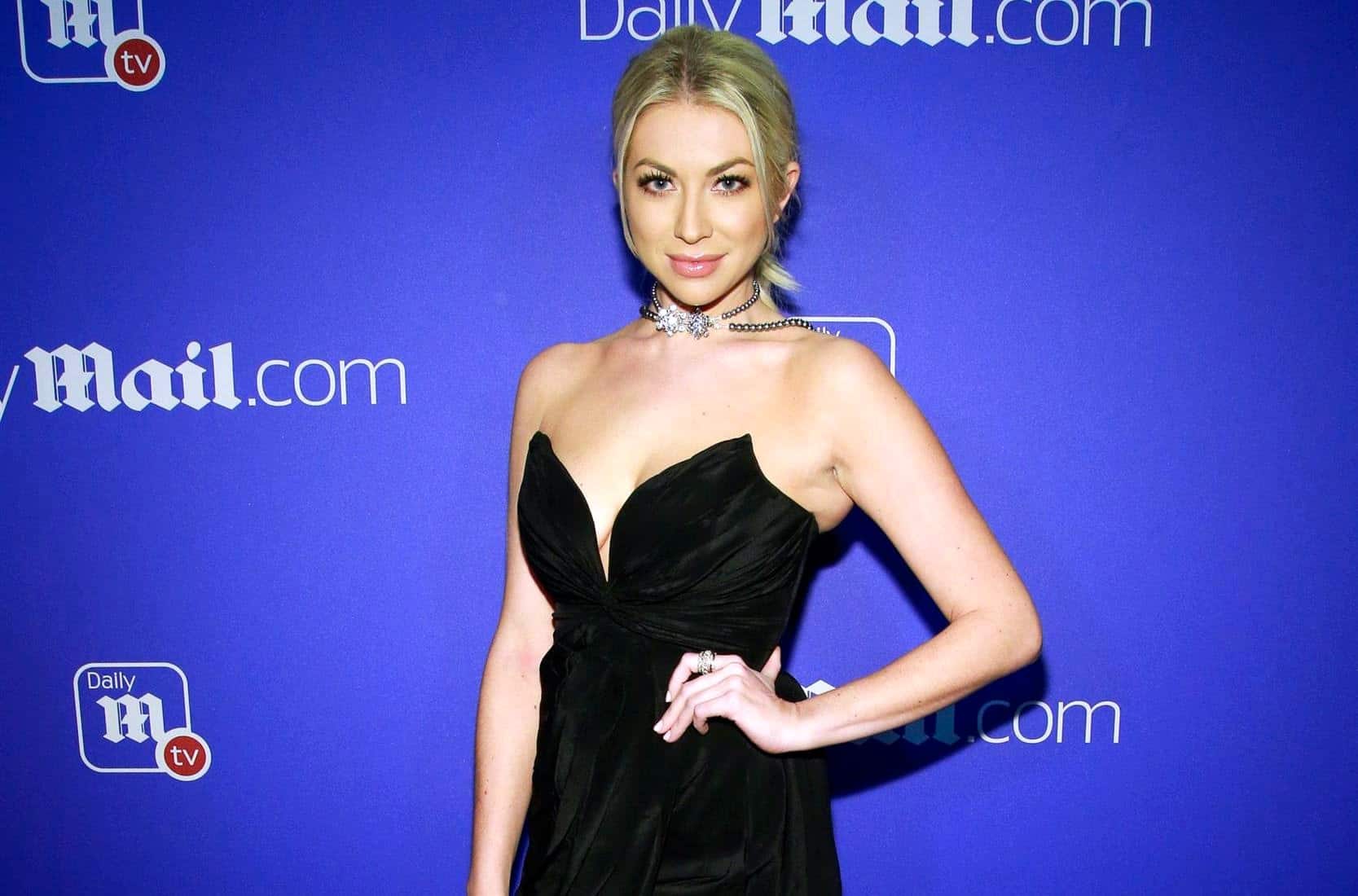 Stassi Schroeder shared a couple of photos of her baby girl’s closet and her bare baby bump on her Instagram Stories this past week.

After admitting that she’s likely creating a monster when it comes to the fashion choices of her daughter, the former Vanderpump Rules cast member showed off her “huge” belly as her fiancé, Beau Clark, worked on his “Dad I Like to F*ck (DILF)” body and shared a pregnancy pic of his own.

“I’m a monster who is creating another monster. This baby has no clue,” Stassi, 32, wrote in the caption of a photo of the interior of her daughter’s closet, which is filled with clothing, shoes, and accessories. 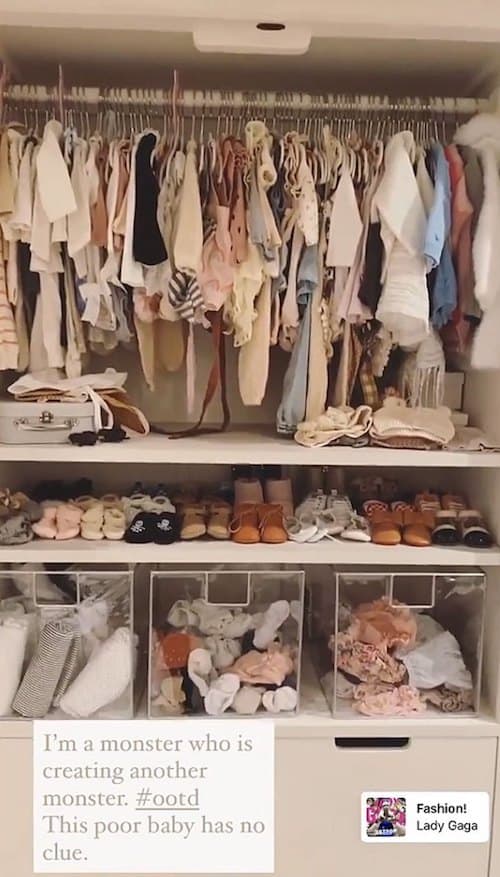 In her second image, Stassi showed off her growing baby bump.

“HUGE,” Stassi wrote in the caption of her mirror selfie, which featured her standing with her white button-up pulled up to expose her stomach over her blue sweats. 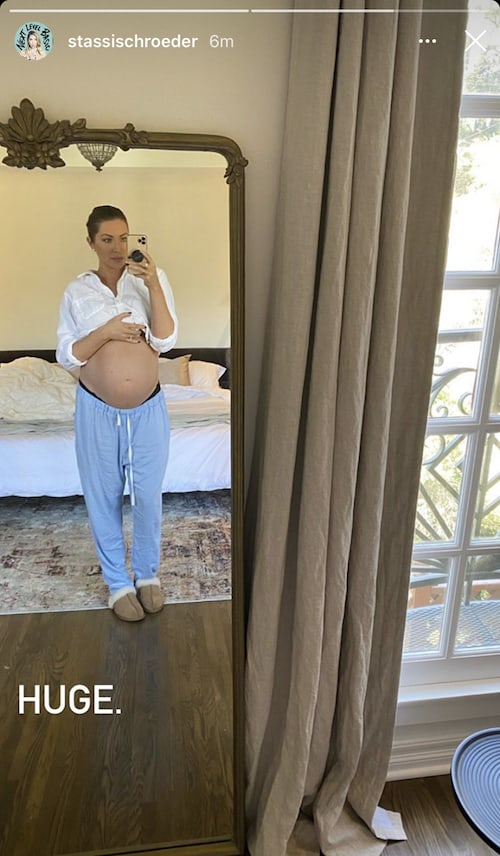 Around the same time that Stassi shared her baby bump photo, she also shared an odd video in which Beau appeared to be running on their treadmill with nothing on but a pair of white tennis shoes and a dark hat.

“RUNNING NAKIE?” Stassi wondered in the caption of her snap.

Then, while re-posting the clip with his fans and followers, Beau joked that he was “getting in shape for the DILFS at Disney IG.” He also added the laughing while crying emoji and the winking emoji to his caption.

RELATED:  Jim Edmonds Accused of Not Focusing on His Kids After Honoring Girlfriend Kortnie With Heartfelt Birthday Post, See How They Responded as His Daughter Hayley Also Claps Back 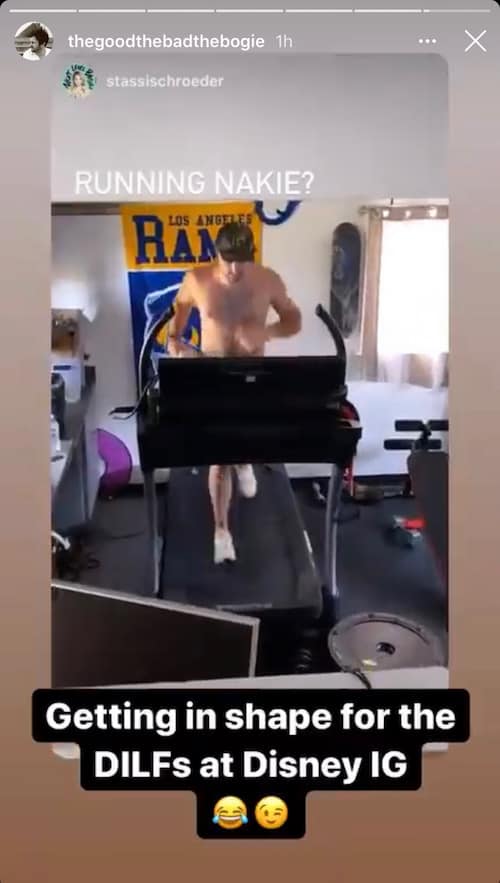 While Stassi and Beau’s baby girl isn’t due until early January, that didn’t stop Beau from honoring his unborn child on National Daughter’s Day with a photo of himself posing alongside Stassi’s baby bump. 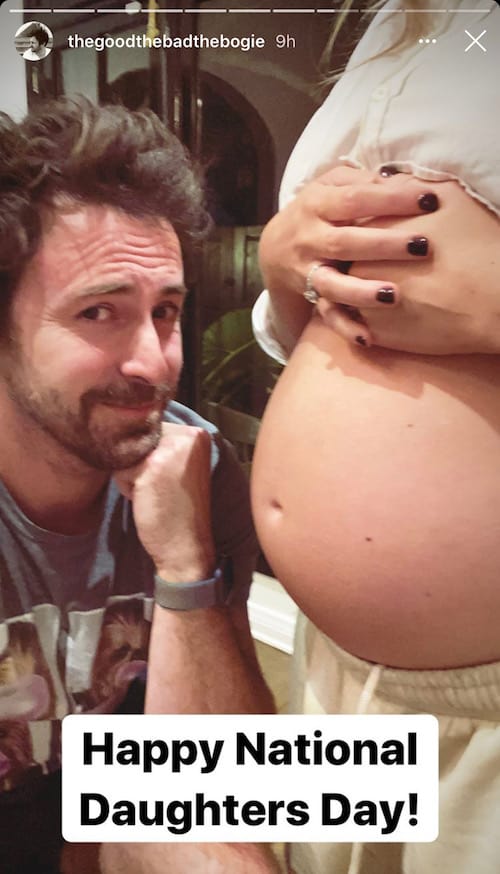 As Pump Rules fans well know, Stassi and Beau confirmed her pregnancy on Instagram in June, just days after Bravo announced they would be cutting ties with their former star due to allegations of racism brought against her.

While Stassi stayed silent in regard to the claims for months, she appeared on The Tamron Hall Show earlier this month, where she explained that she “needed time to process [her] feelings” before she “opened [her] mouth again” and said that she wants her daughter to be “proud” of her.

Stassi then said that her life “feels very different” now that she’s no longer a reality star.

“I think when something like this happens and you get pregnant on top of it, you take inventory of your life and you think what is going to be the best for my future child and I think getting drunk and starting conflict and misbehaving on a reality show isn’t my journey anymore,” she shared.