Home Real Housewives of New York City News Tinsley Mortimer Shares When She and Scott ‘Will Work on a Baby,’ Talks Standing Up for Herself at RHONY Reunion, and Which Two Costars She’ll Keep in Touch With, Addresses Real Housewives of Chicago

Tinsley Mortimer Shares When She and Scott ‘Will Work on a Baby,’ Talks Standing Up for Herself at RHONY Reunion, and Which Two Costars She’ll Keep in Touch With, Addresses Real Housewives of Chicago 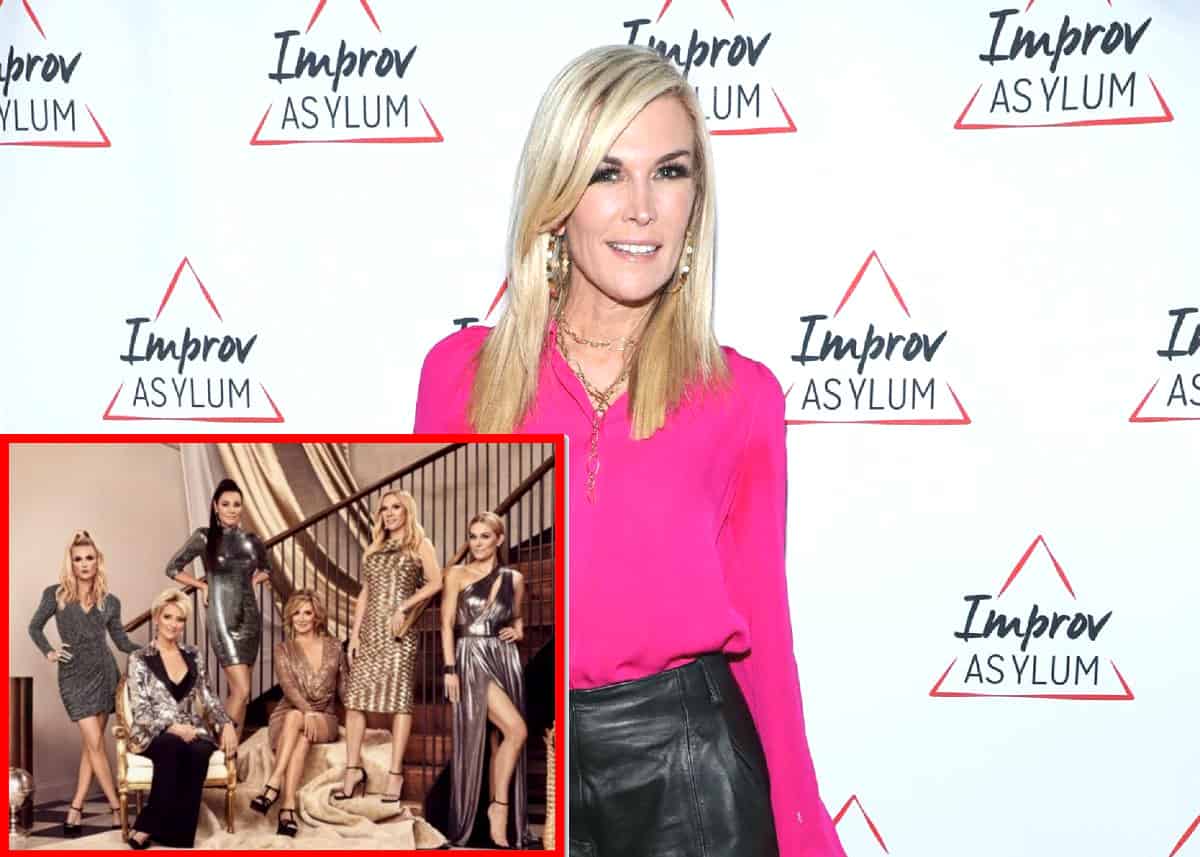 Tinsley Mortimer is opening up about her decision to walk away from The Real Housewives of New York City after four seasons at the end of last year.

After moving to Chicago to be closer to fiancé Scott Kluth and quitting her role on the show, Tinsley spoke about leaving the “hectic” and “stressful” series before dishing on the season 12 reunion, her friendships with her former castmates, and her future plans to start a family.

While Tinsley had a number of fun moments on the series, she doesn’t miss the drama.

“It is crazy hectic and it is crazy stressful. I do not miss that, and the hectic part. I had a lot of anxiety every day. A lot of times you feel like you are walking in and what side are going to be punched on this time,” Tinsley explained of her RHONY exit on a recent episode of Reality Life with Kate Casey.

Following her late 2019 exit from the show, Tinsley reunited with her castmates to film the season 12 reunion, which saw her standing up to a number of her co-stars, namely Dorinda Medley, who she accused of bullying her throughout the season.

“I came into the reunion different,” Tinsley noted. “Yes, I had to say my piece and there were moments I needed to address [and] I am happy I was able to. I feel like there are so many times on that show where I did have that same attitude and voice, but a lot of the OGs will jump on top of you and never give you time to talk.”

Speaking of her future, Tinsley confirmed she is still planning to start a family.

“We do want children, of course….At this point we sort of feel like 2020, we are waiting for 2021 to do the things we planned like the wedding, and then we will work on the baby. That’s the plan,” she shared.

As for the possibility of a Real Housewives of Chicago, Tinsley said she can’t see herself returning full-time to television.

“I know a lot of people were saying this means I can do Real Housewives of Chicago. In my relationship and the life I am having with Scott and my dogs, and trying to have a child in the near future, putting cameras is not something that I want to do,” she stated. “I do think there are so many things that can go wrong in those situations, and I don’t need that added stress to my life…. Scott does not like being on camera.”

Tinsley also confirmed that her chapter on RHONY is “closed” before noting that while she is still friends with Leah McSweeney, the only other former co-star she’s planning to keep in touch with is Sonja Morgan.

“Can I say that I will reach out to some of the girls on the show if I am in New York? Probably not. Mainly Leah, and maybe Sonja,” she explained, adding that she will “still watch the show” and could possibly film “a scene or two” for a future season.