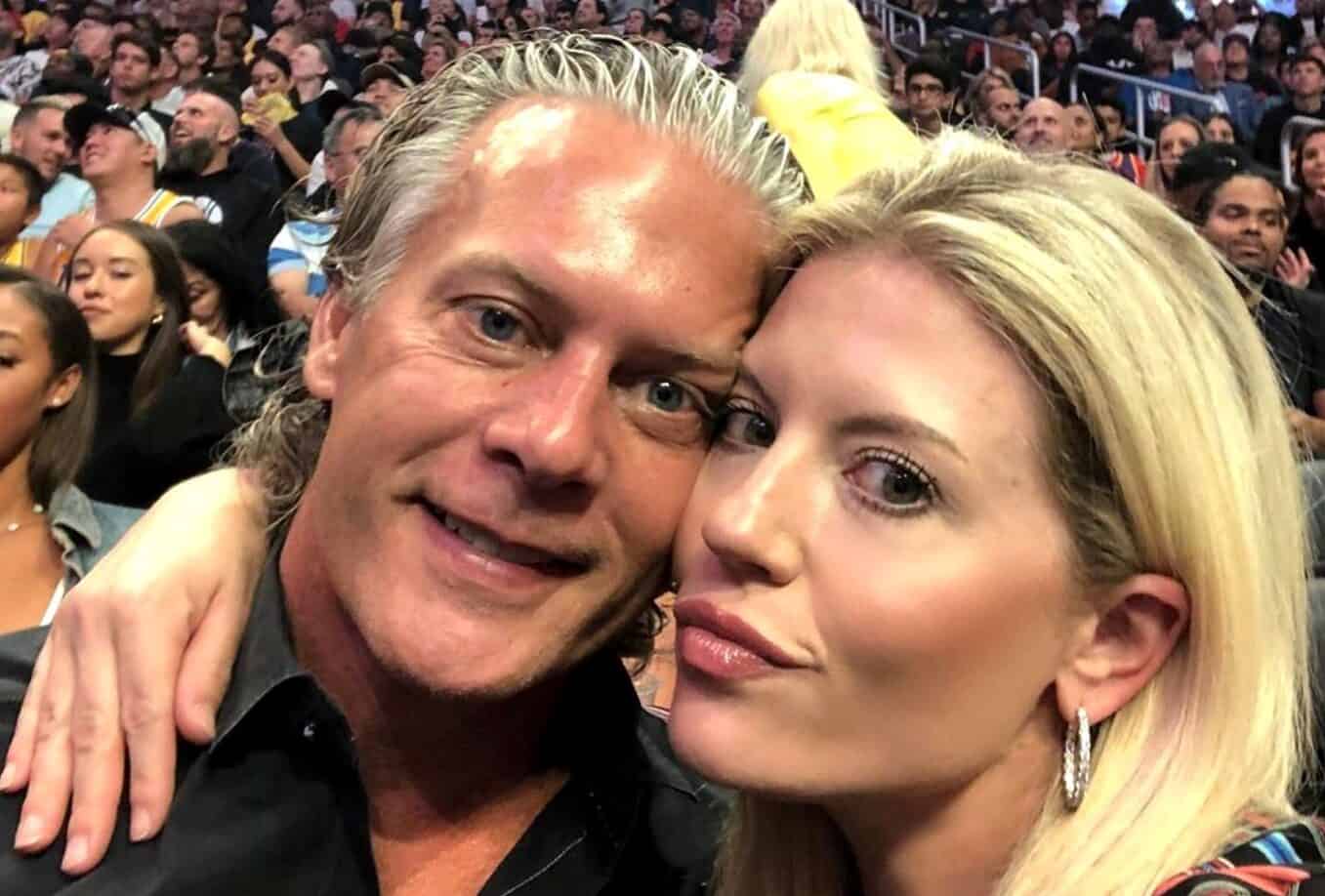 David Beador and his wife, Lesley Cook, are currently enjoying a “honeymoon/babymoon” in Cabo, Mexico.

Days after confirming their marriage, the former Real Housewives of Orange County cast member and his pregnant partner celebrated their wedding and baby news with a trip. During the vacation, Lesley shared a number of photos with her followers on Instagram before revealing how far along she is in her pregnancy.

“You are the most supportive, kind, adventurous, loving and patient man. Grateful to have found you. Proud to be your life,” Lesley wrote in the caption of a photo shared last week of herself and David wearing their wedding masks. 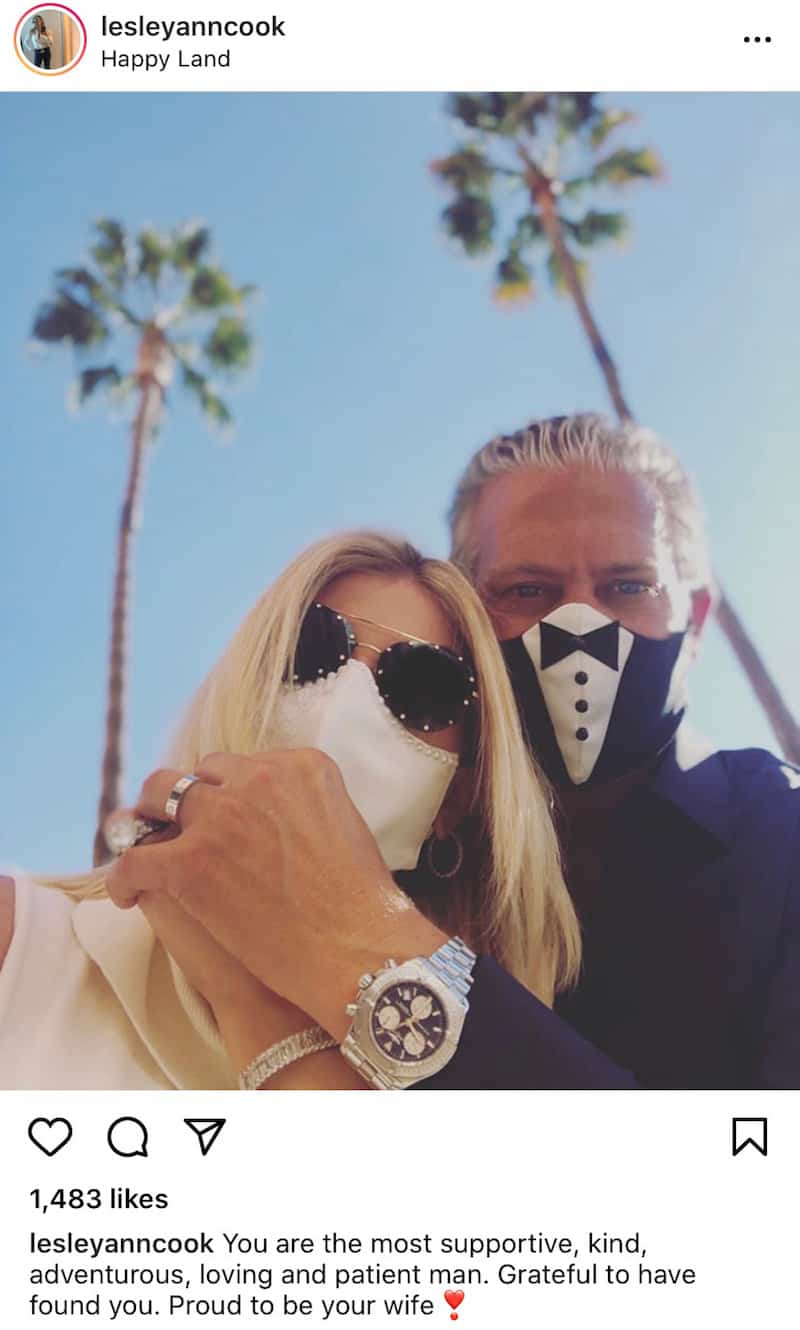 After traveling to Mexico, Lesley took her online audience inside her and David’s honeymoon suite, where she shared a video of her bedroom, fireplace, and the view from their room. 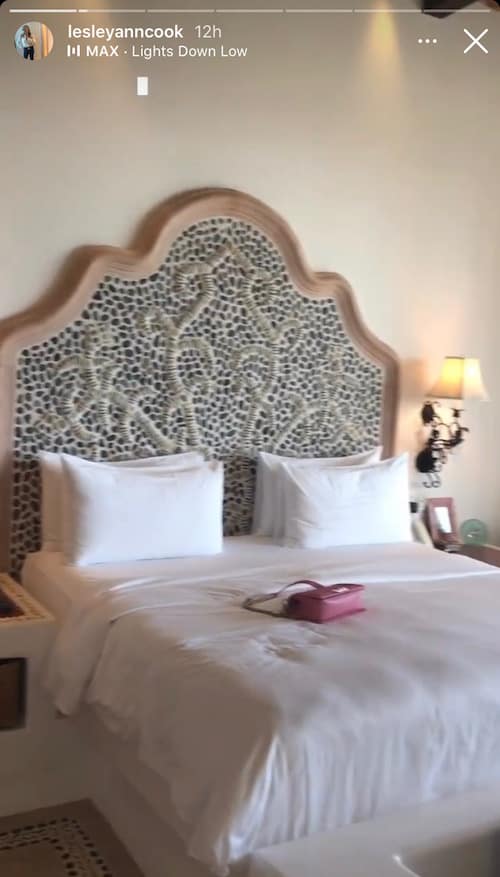 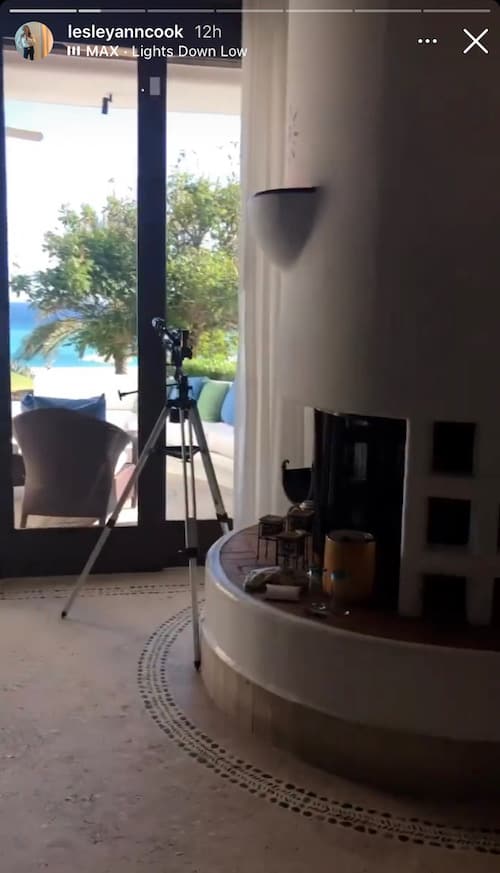 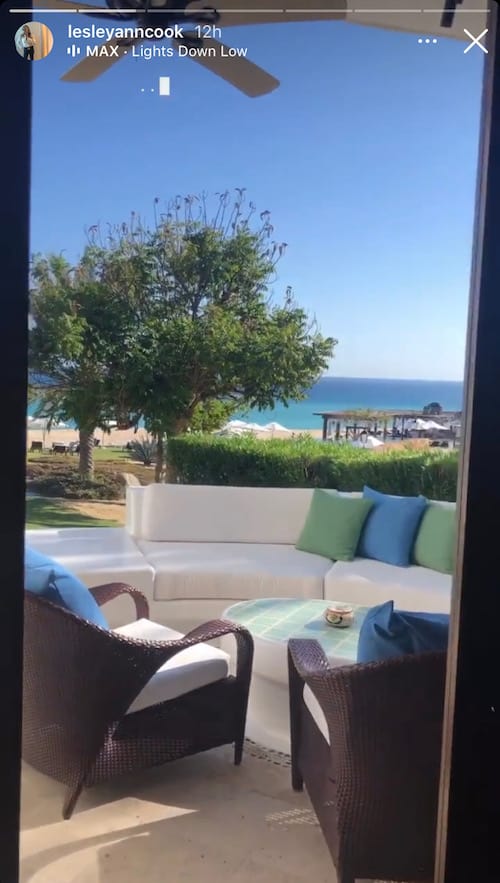 As she and David celebrated their honeymoon and babymoon, Lesley posted a photo of a cute gift given to her by the hotel where she and David are staying, the Las Ventanas al Paraiso, in an additional Instagram Story.

“I suppose it is a honeymoon/babymoon,” she wrote in the caption of a photo of a written message that said, “Happy Babymoon.” 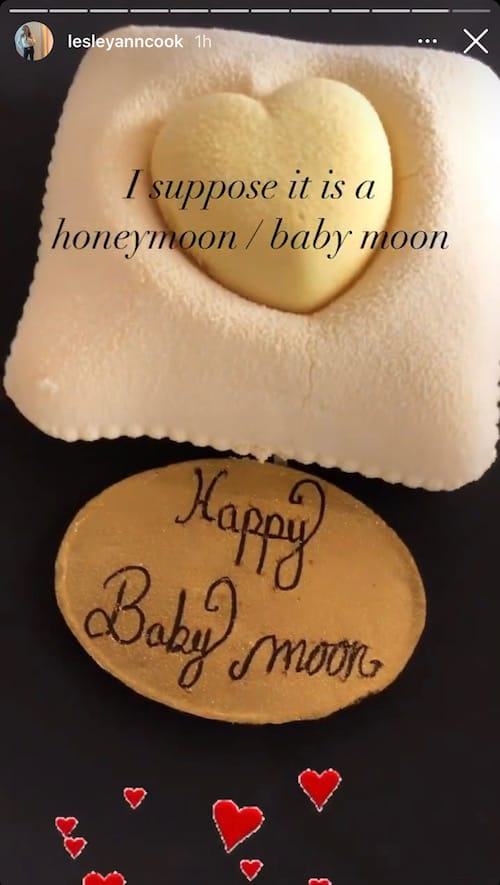 Days later, Lesley returned to social media. She shared a photo of a dinner table set up in the sand where a message read, “The Beador’s Just Married.”

“Beautiful dinner with my handsome Husband. THANK YOU Miguel for the beautiful sand art,” Lesley wrote in the image’s caption as she tagged herself at the resort. 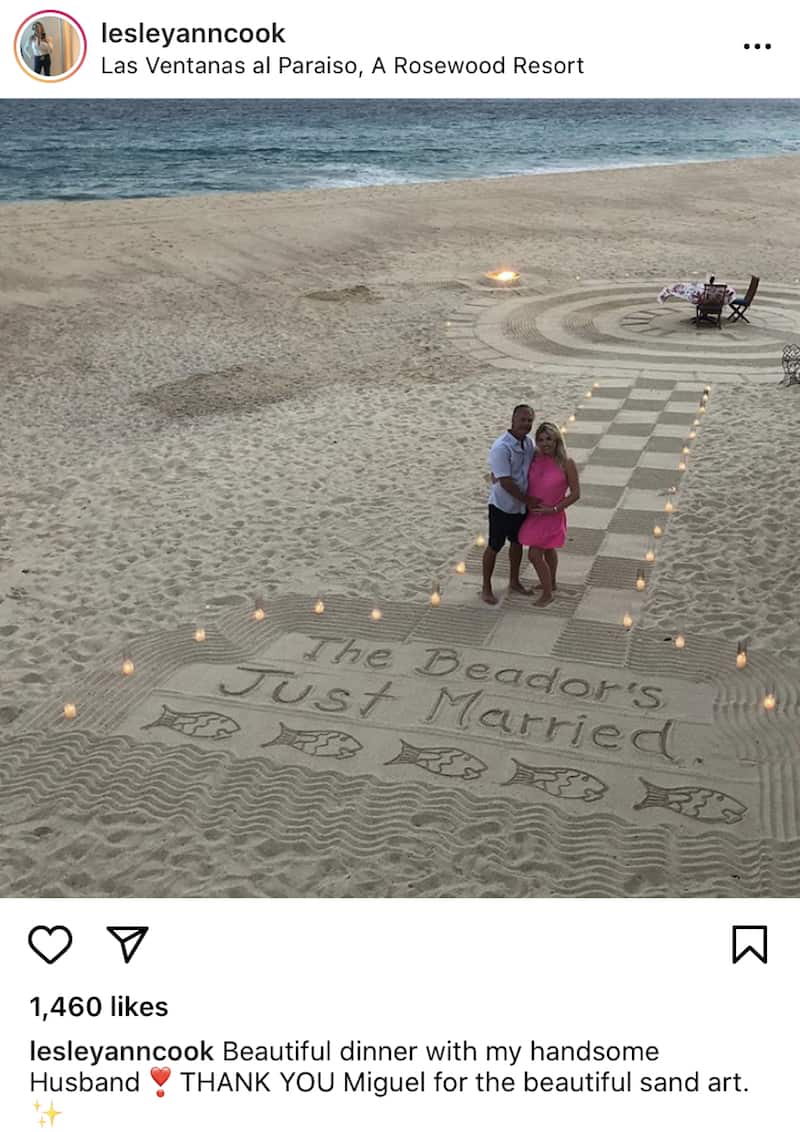 Lesley then confirmed she is six months pregnant with a photo of herself and David kissing on her Instagram Stories. 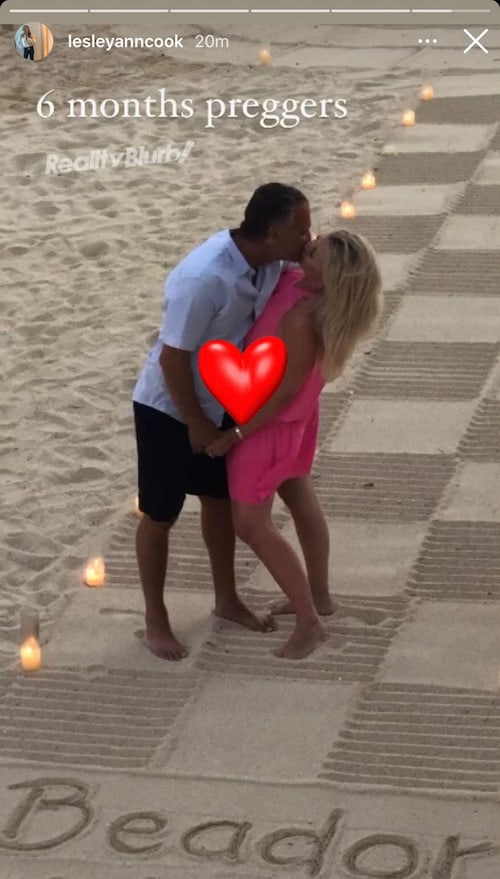 David, the ex-husband of RHOC star Shannon Beador, popped the question to Lesley in January of this year in Miami after about two years of dating. Then, in July, after postponing their previous plans to wed in Paris, France, the couple confirmed they are expecting their first child together.