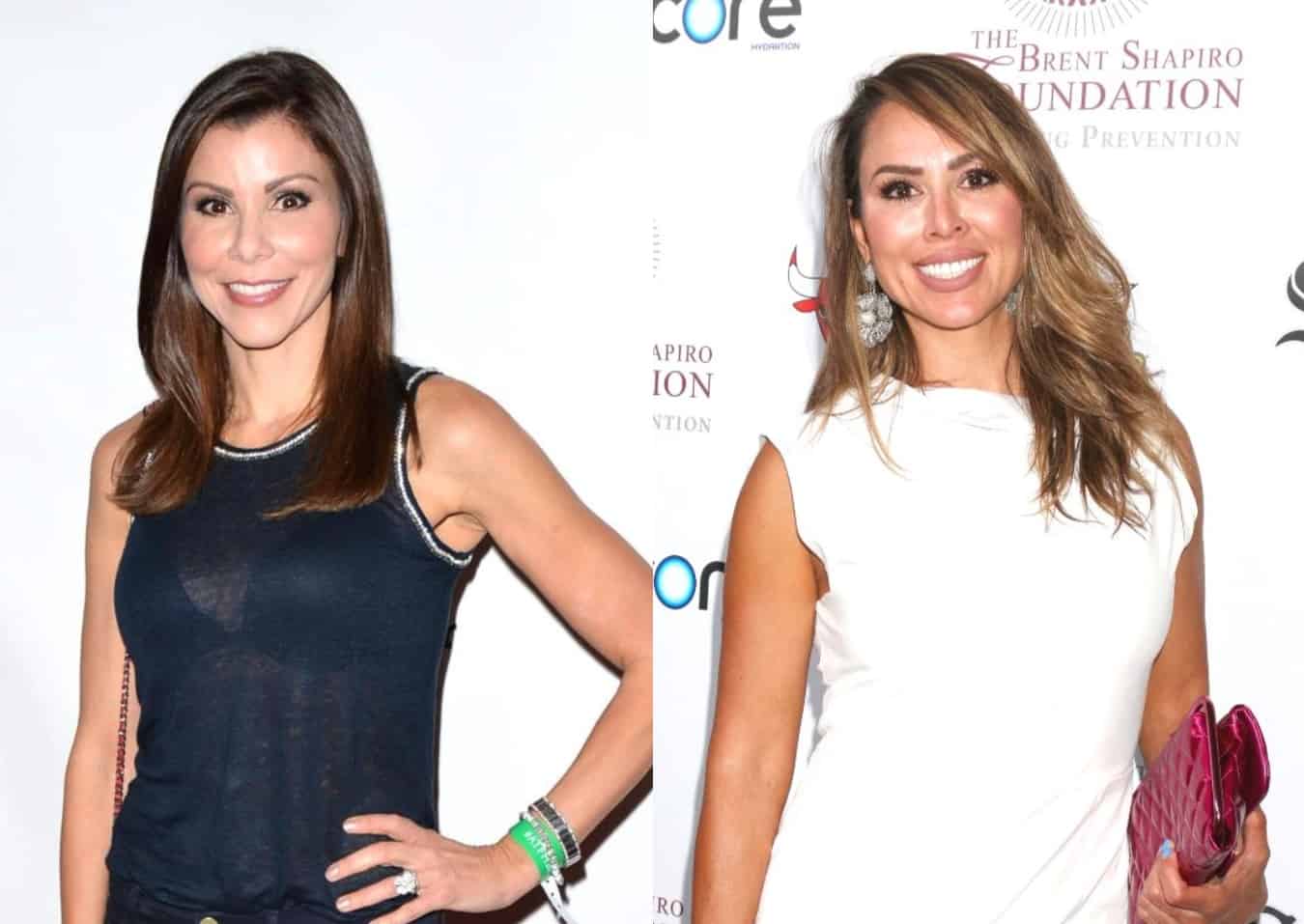 Heather Dubrow claims she holds no “ill will” for her former Real Housewives of Orange County co-star, Kelly Dodd, but that doesn’t mean she is okay with her recent behavior.

After watching as Kelly downplayed the coronavirus pandemic and poked fun at the Black Lives Matter movement with an offensive “Drunk Wives Matter” hat, Heather reacted to the RHOC boycott and Kelly’s potential firing before sharing her near-involvement in the #MeToo movement and teasing a new reality show.

“[Kelly]’s not in my world. I don’t harbor any ill will. I don’t want to be friends, But, I think that in these days and times, talking about the boycott, if you don’t believe in the Black Lives Matter movement, if you’re gonna be against this, if you’re not gonna understand where we are in our world today and what humans need, you’re not human,” Heather said on the November 2 episode of Poplitically Incorrect.

Because of Kelly’s questionable behavior and comments in recent months, many fans have called for her to be fired. And, according to Heather, she isn’t against the idea.

“I think in those circumstances, you can understand why someone would be canceled,” she explained.

As RHOC fans may have seen, Kelly recently slammed her husband Rick Leventhal‘s ex-fiancée, Lauren Sivan, for coming forward amid the #MeToo moment because she was “desperate for attention.” Meanwhile, Heather told host Jacques on the podcast that the issues of unwanted sexual behavior in the entertainment industry have been real for years.

“I remember going on this one call, and they wanted a spokesperson/model to represent this company. And I don’t remember the company but it was more like a tech company or like a paperclip company. It was something like that, something very not sexy. But I remember going and they had you bring three outfits and you had to bring a swimsuit which I also felt was kinda weird,” Heather recalled of her time as a young actress.

“I go there and it was this one creepy Jabba the Hutt type guy. And as secure as I am and as smart as I am, I literally put on every outfit, paraded in front of the guy, changed the outfit in the bathroom, came back, and sat down in front of him. He was giving me this whole speech, then started showing me photos of his previous hosts on yachts, scantily-clad with him there. And I’m trying to assimilate because I literally couldn’t believe it was happening. Eventually, I left and they called and offered me the job and I declined, but I was so horrified that I had put myself in this position and that I didn’t immediately leave. You’re young and you’re kinda dumb and scared and you don’t make the best decisions. Thankfully nothing happened,” she confirmed.

As for her future on reality television, Heather spoke of a potential new series with her and her family, including husband Dr. Terry Dubrow, who stars on E!’s Botched, and their four children, Maximillia, Nicholas, Collette, and Katarina.

“Those conversations would definitely be floating around. And if there was ever a time for us to be doing something like that, it would be now,” she admitted. “I think that when we got off Housewives it was kind of the exact right time for the entire family for different reasons. But for the children in general, an awkward time and they needed their privacy. When kids are little and they’re just running through the set it’s fine, you pat ‘em on the head, they keep going, it’s not a thing. But at some point, they have to have a say in how they’re portrayed and how they’re seen and if they even wanna be on it or on a show of any kind. So I’ll tell you, if something like that were to happen, this would probably be about the time.”

Heather also hinted that her possible new show would air on either Bravo or E!, saying, “I think a hypothetical network would be maybe someone we’ve worked with before.”

Also during the interview, Heather explained the thought process that went into the schoolgirl costume she wore on Halloween.

“I had nothing to wear. I went into my daughter Max’s closet and I go, ‘Can I just put on your uniform from school?’ She was like, ‘okayyyy.’ And that was it, the costume was born!” she shared.