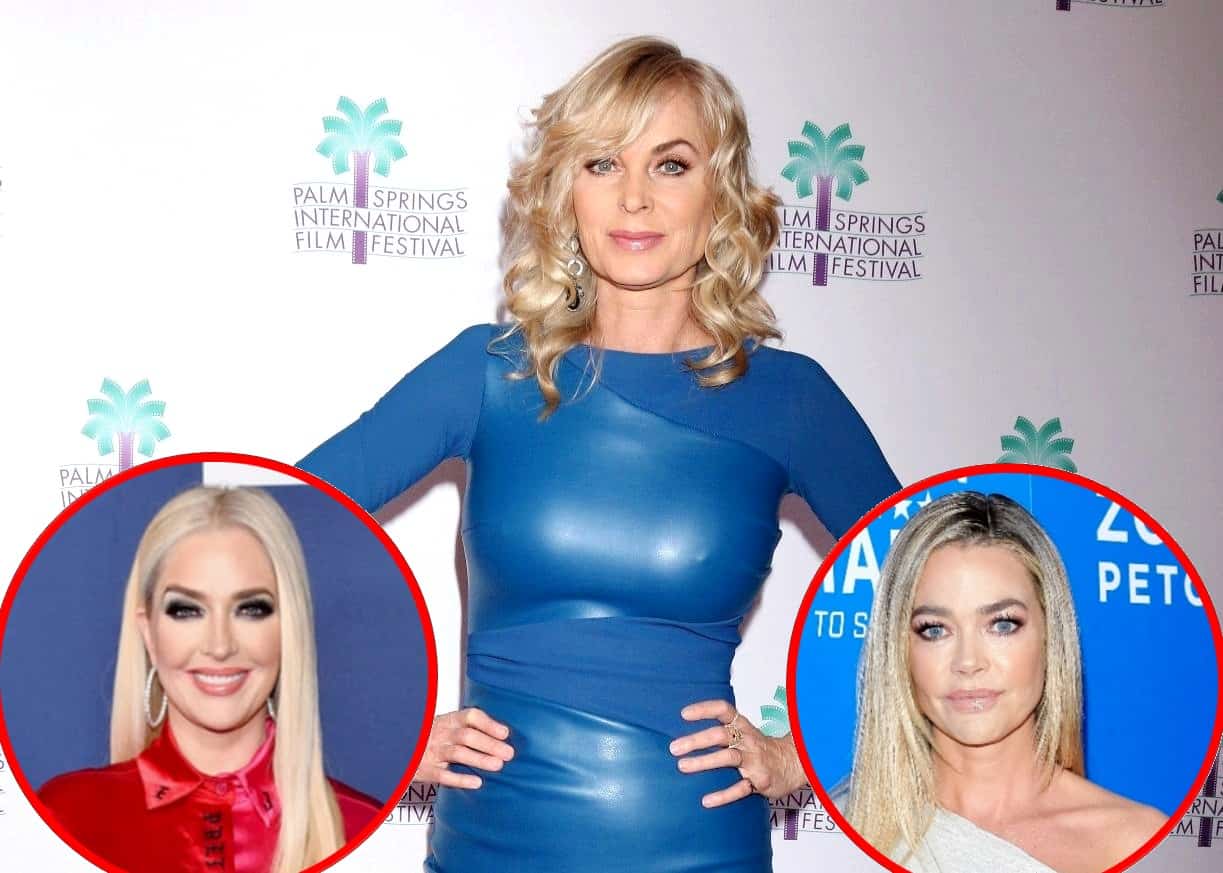 Eileen Davidson may no longer be a diamond-holder on The Real Housewives of Beverly Hills, but she still maintains a close connection with some of the cast, and she is now sharing some of her thoughts on this year’s turbulent season.

In a recent interview, Eileen shared how she felt about the storyline Denise Richards endured during the season as those Brandi Glanville and affair rumors took hold and divided the cast.

“What was your reaction to the Denise vs. Everybody story that happened on the show last season?” Andy Cohen asked Eileen during his Radio Andy show on November 9.

“My reaction was… I don’t think it made anybody look really super great. That’s all,” Eileen shared.

Considering the former housewife’s close friendship with Lisa Rinna — someone who went especially hard for Denise at the reunion (and received a lot of flack for it from fans) — viewers may have thought she would have had a different take. For Eileen, though, it seems the reality TV of it all caught up with the Beverly Hills ladies a bit too much.

“It’s one of those things, you’re on a reality show, it comes up, things come up, things happen. I just thought it was kind of… it’s a show and there’s all of that, but there’s real people living here, there [are] real lives and I just thought it got a little messy — messier than usual,” she shared.

Although Eileen is no longer involved with the Housewives franchise, she’s still a major soap star. Because of that, she has brushed shoulders with Denise, who is now an actress on The Bold and the Beautiful.

“I just ran into her recently… maybe six weeks ago and she just said, ‘Hi! I’m not on that show anymore!’ and it was just passing in the hall with our masks on,” Eileen revealed, noting the awkwardness of the encounter.

In addition to Denise, Andy wondered how the 61-year-old felt about her former co-star Erika Jayne‘s recent divorce announcement, separating from her husband, Thomas Girardi, of 21 years.

“I hope she’s okay — that’s what I texted her. Divorce is not that unusual, so… whatever,” Eileen remarked. “I hope they’re both well, they’re both really nice people, I like ’em.”