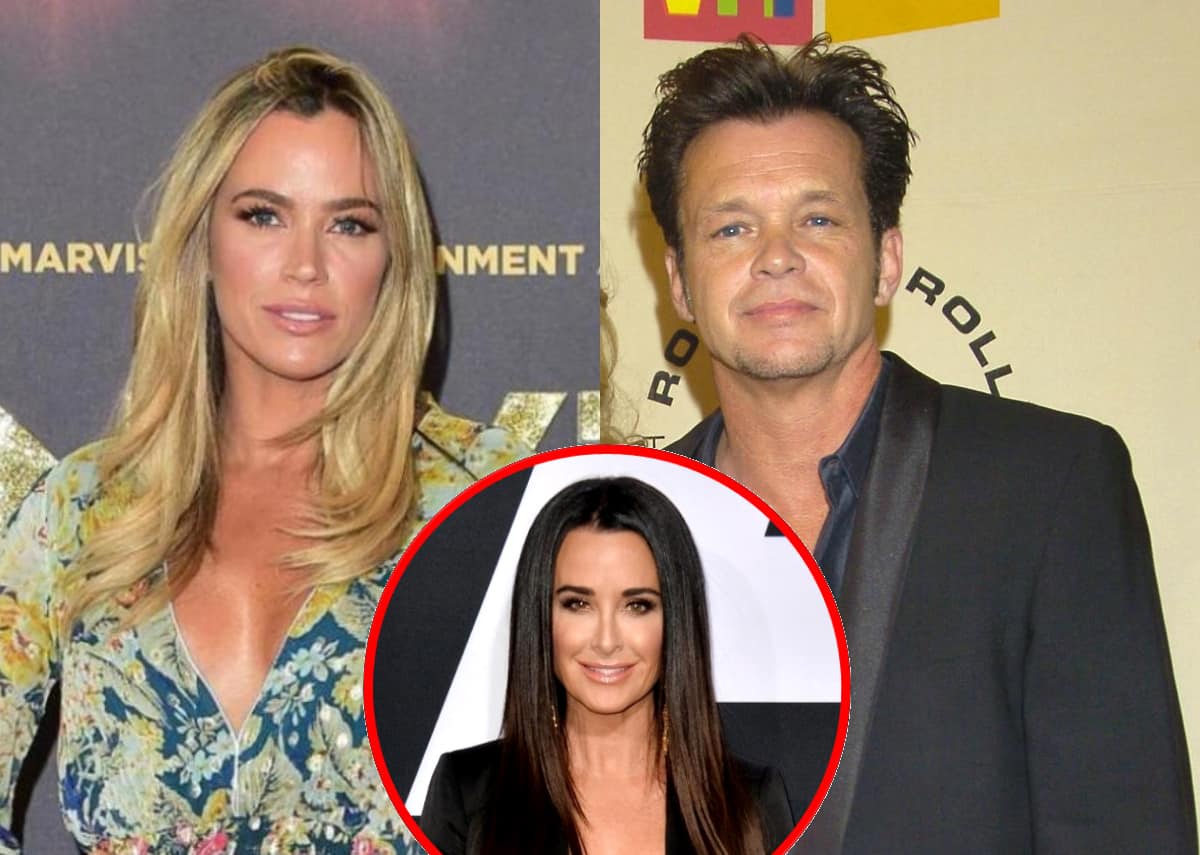 Teddi Mellencamp spoke about her recent firing from The Real Housewives of Beverly Hills during the latest episode of her podcast with celebrity guest John Mellencamp, who just so happens to be her father.

After admitting to feeling sorry for herself after learning that her Bravo contract was not being renewed for season 11, Teddi spoke to her father about his thoughts on her exit, her co-stars, her “know-it-all” persona, and her controversial friendship with Kyle Richards.

“I’m trying to figure out my next step. My All In business is good. My family is good. We just moved into this new house. I should be feeling so happy but there’s this uneasy feeling,” Teddi admitted on the November 12 episode of Teddi Tea Pod. “I’ve been trying to do a lot of work on myself right now, a lot of reading, listening to podcasts, and praying, and trying to figure out what my next step is. [But] that not knowing feeling has almost left me paralyzed.”

While Teddi has been grieving the loss of her RHOBH role, which followed the launching of a petition from fans who wanted to see her removed from the series, her dad John has shed no tears.

“I am terribly excited and happy that you are no longer part of the Real Housewives. I never liked that you were on the Real Housewives,” he told her. “I tried to be supportive so I watched but I can assure you, I don’t watch anymore. I was glad you were enjoying it while you were doing it but I’m glad you’re not on it.”

RELATED:  Eboni K. Williams Dishes on RHONY and Feeling Like a “Third Wheel” With Ramona and Sonja, Shares Which Costar She’s Closest With and Says a Diverse Cast Was 'Long Overdue’

Although John is no fan of the franchise, he does have respect for the women on the show, even the ones Teddi did not get along with.

“I think some of those women on the show are fantastic. You enjoy putting your life out where people can look at it, ridicule it, judge it unfairly, and you don’t seem to mind. There’s a certain strength in that,” he offered.

As for the accusations regarding Teddi being a “know-it-all” on the show, John said the comments against his daughter weren’t surprising.

“You’ve always been such a know-it-all. I think you came out of your mother thinking you knew everything. But that’s okay,” he shared.

John then said that when it came to the backlash Teddi has faced due to her close friendship with Kyle, he doesn’t understand why Teddi’s relationships are of that much interest to her online followers.

The 11th season of The Real Housewives of Beverly Hills will air on Bravo next year.

Tamra Judge Shares the Last Text She Got From Shannon Beador and Talks Being "A Little Sad" After RH...
Garcelle Beauvais Questions Why RHOBH Cast Took "Brandi's Side" Over Denise if They Truly Considered...
Erika Jayne's Husband Thomas Girardi Sued by Widow, RHOBH Star Accused of Fraud in New Lawsuit Over ...
In this article:Kyle Richards, Real Housewives of Beverly Hills, RHOBH, John Mellencamp, Teddi Mellencamp, Featured

VIDEO: Fight Breaks Out Between Chris Bassett and Michael Darby in RHOP Finale Sneak Peek as Michael Threatens to Press Charges, Plus Candiace and Ashley Fac...