Home Real Housewives of Beverly Hills News REPORT: Kyle Richards and Kathy Hilton Having “A Clash of Egos” While Filming RHOBH, Does Kyle Fear Kathy Will “Push Her Out of the Spotlight?”

REPORT: Kyle Richards and Kathy Hilton Having “A Clash of Egos” While Filming RHOBH, Does Kyle Fear Kathy Will “Push Her Out of the Spotlight?” 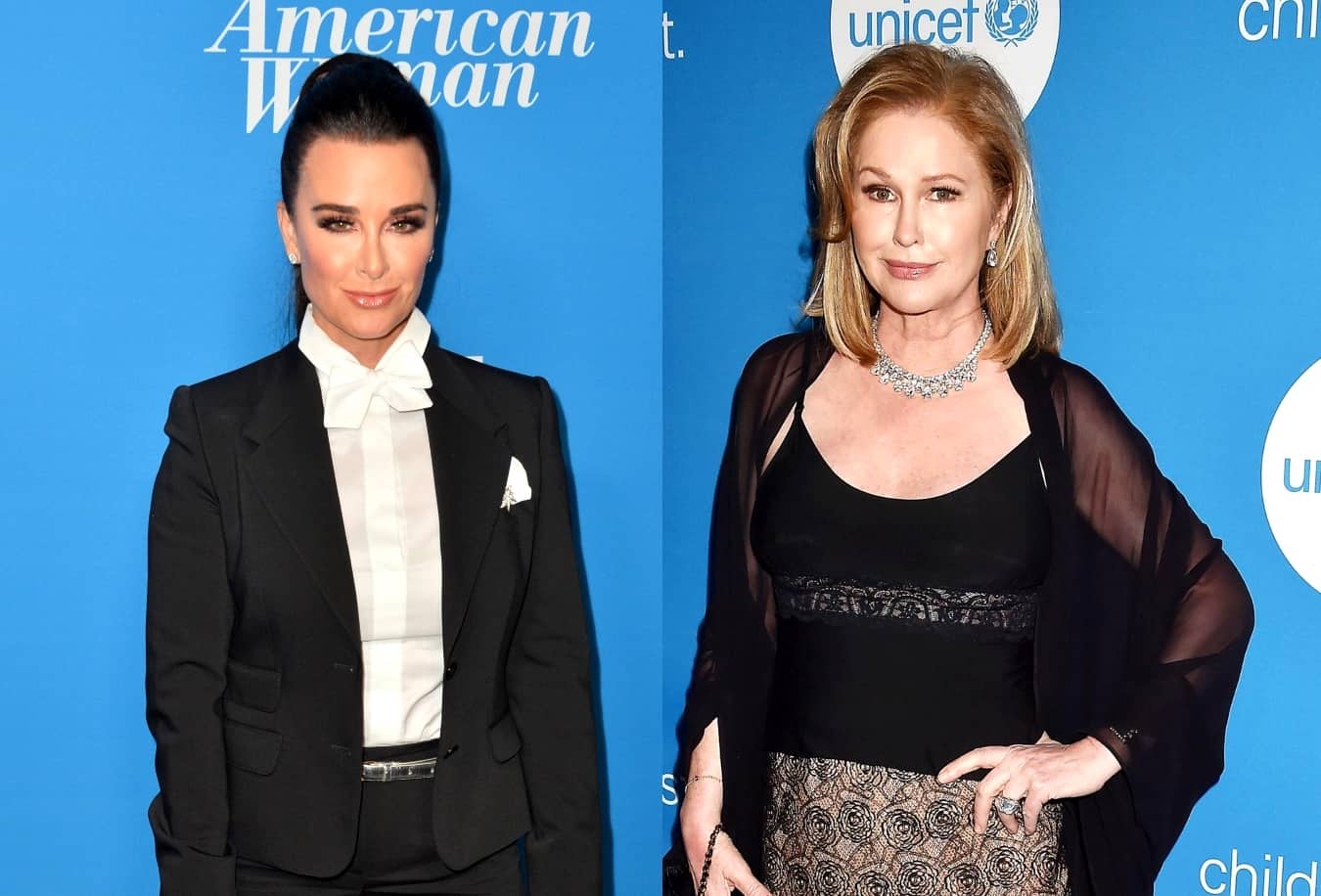 As Real Housewives of Beverly Hills fans remember, series OG Kyle Richards and sister Kim Richards were known for their fiery feuds in the early years of the show. Now, Kyle may be facing more sisterly trouble, but with a new sibling in town, Kathy Hilton.

The eldest sister from the Richards family has made guest appearances here and there on the show before, but she was officially confirmed as a “friend of” for the upcoming 11th season, now in production.

According to some sources close to production, Kyle, 51, and Kathy, 61, are already butting heads while filming for the series.

“There’s definitely been a clash of egos while filming,” an insider noted in the latest print issue of Life & Style magazine, pointing how Kyle’s gotten used to her status as the queen bee figure in the cast. “Kathy is a big personality and Kyle is petrified she’ll try to steal her thunder. The sibling rivalry is already intense and it’s bound to get worse!”

The dynamic between Kyle and Kathy is definitely different than Kyle and Kim, creating a different kind of relationship represented on the show. As Kim’s alcohol and substance abuse issues thrust Kyle into a caregiver position with her middle child sister, Kathy has always been the older, more accomplished sister who’s been sort of the head of the family.

In addition, Kathy’s husband, wealthy real estate magnate Rick Hilton, used to be Kyle’s husband Mauricio Umansky‘s boss before Mauricio broke off to form The Agency, and the two have faced their own drama in the past.

Moreover, Kathy’s children, Paris and Nicky Hilton, are both successful entrepreneurs and celebrities in their own rights, giving Kathy more ammo to potentially overshadow Kyle.

“Kyle adores her nieces, but she feels like Paris and Nicky can help increase Kathy’s popularity, especially if they make a lot of appearances on the show,” the insider added. “She’s scared that the Hiltons will push her out of the spotlight.”

“Kyle is controlling and when she senses she’s losing power, she freaks out,” the source added. “But Kathy won’t tolerate anyone bossing her around, especially her younger sister. She does what she wants, when she wants.”

The insider continued about how Kyle is reportedly calling in reinforcements via the ladies’ middle sister Kim, hoping to gain some support.

“Kim is expected to make an appearance or two on season 11, just like she has on other seasons,” the source stated. “All three sisters constantly argue and will go for months without speaking, but Kyle and Kim are getting along at the moment and Kyle expects Kim to take her side with the Kathy situation. The producers are ready for it. The bigger the family drama, the higher the ratings!”

The Real Housewives of Beverly Hills is currently in production for season 11 and will air sometime next spring.