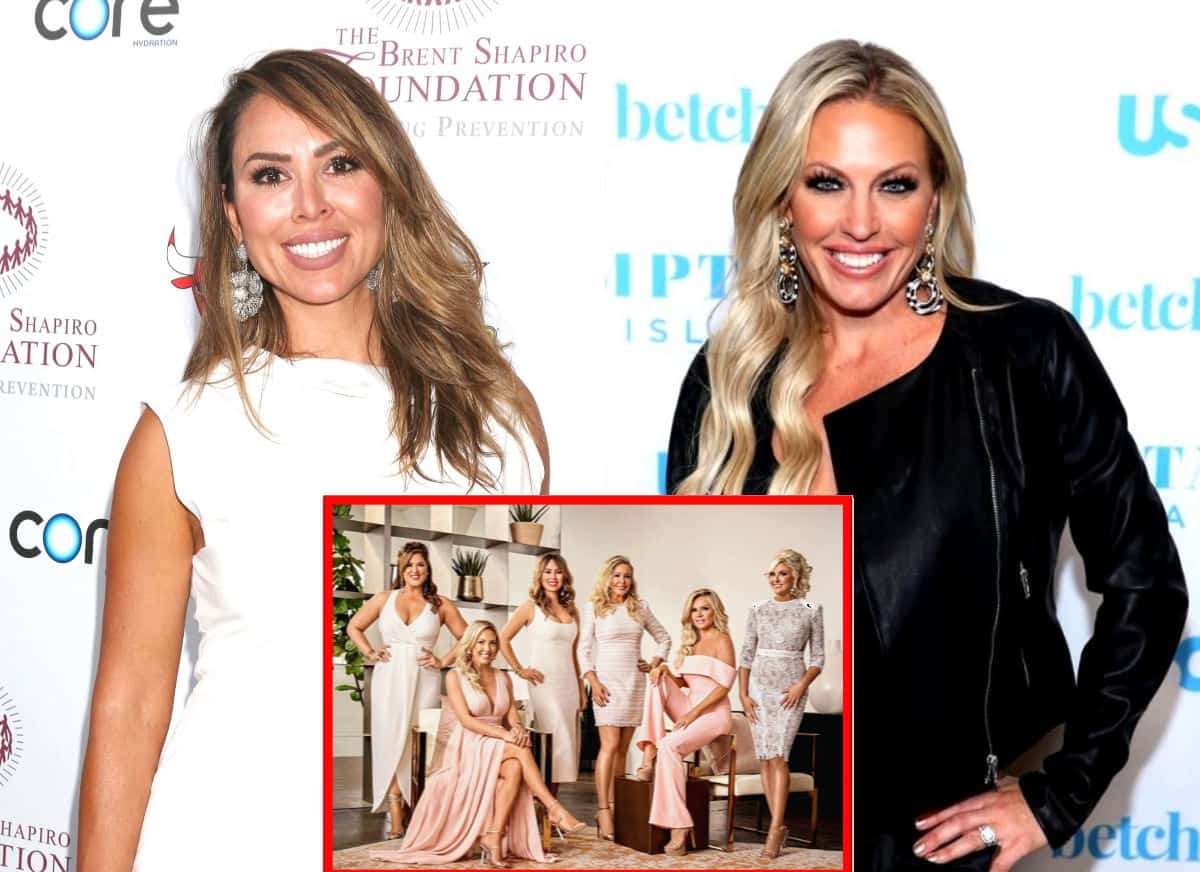 Kelly Dodd is speaking out against her former castmates and Braunwyn Windham-Burke all over her social media pages.

After calling her out for supposedly faking her sobriety storyline on The Real Housewives of Orange County during an episode of Watch What Happens Live last week, Kelly slammed Braunwyn as “Tamra 2.0” before labeling her a hypocrite and reacting to recent ratings by suggesting Vicki Gunvalson and Tamra Judge aren’t necessary to the show’s success.

In one of her most recent digs at Braunwyn, Kelly responded to a fan on Instagram who accused the mother-of-seven of “lying about being an alcoholic” and a lesbian in an effort to secure her story line. 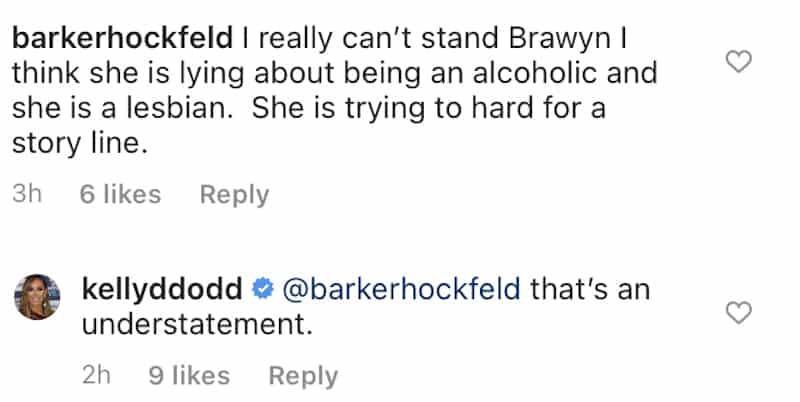 In another post, Kelly responded to Braunwyn slamming her as “vile and cruel” for suggesting she wasn’t being honest about her sobriety.

“More lies !!! The truth is coming !! You are Tamra 2.0 with your manufactured story lines… you’ll be exposed soon,” Kelly warned. “Vile & cruel? Look at your ET interviews!” 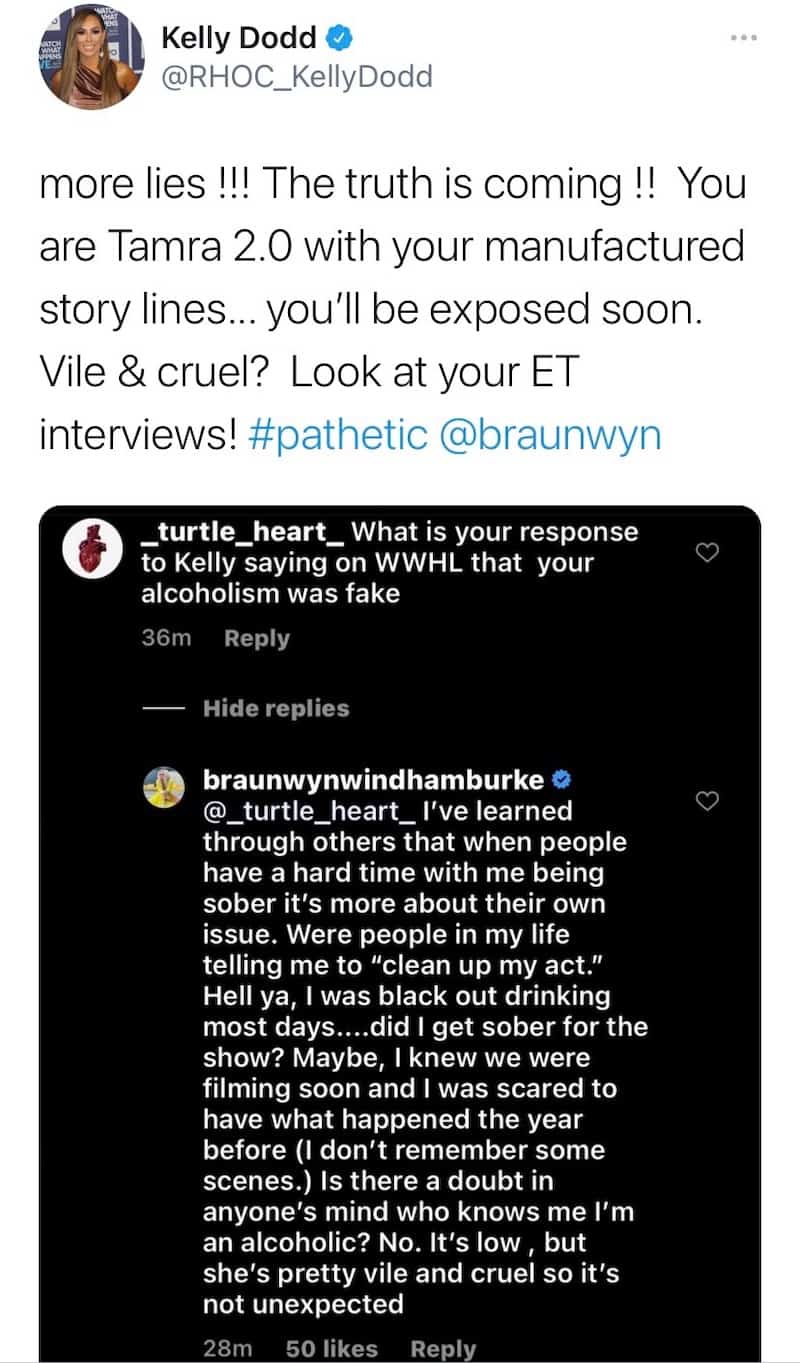 After seeing what Kelly had written, a reality fanpage suggested Braunwyn “can’t keep with her own lies.”

In response, Kelly pointed out that Braunwyn has exhibited some hypocritical behavior in recent months.

“She also attempted to condemn me and others for traveling and socializing during a pandemic, yet she’s been doing both more than anyone on our cast!” Kelly noted. 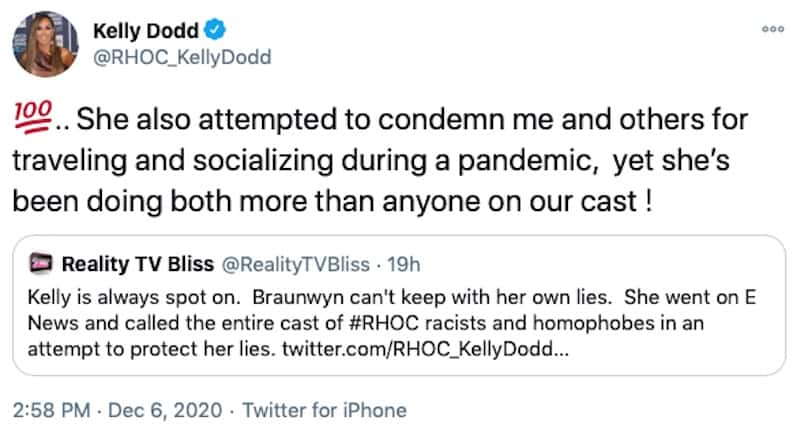 While the 15th season kicked off with a 25 percent drop in ratings, the latest episode received over 1.1 million viewers, a season high, which Kelly believes proves that the series does not need original cast member Vicki and longtime cast member Tamra, both of whom announced their departures from the series in January.

“Yay!!! We got amazing ratings who needs Tamra and Vicki thanks everyone for watching… the best is yet to come !!! It’s going to be a fresh new twist. It’s a real reality show (self filming),” she wrote in the caption of a post shared on Instagram. 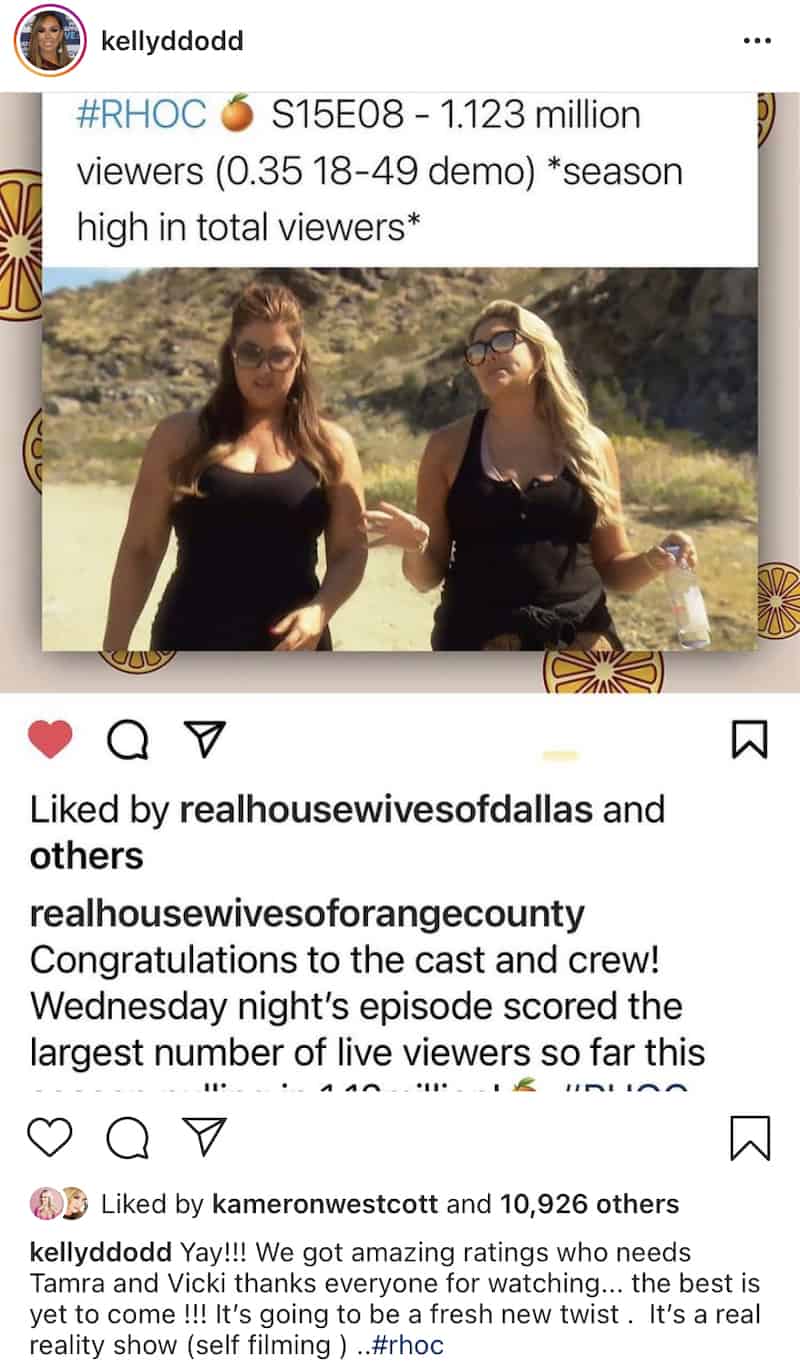 Although Kelly believes Tamra is no longer needed on RHOC, she feels that her ex-co-star is making an effort to return to her role for season 16.

“Tamra is buddying up with Braunwyn hardcore as a way to get back on the show,” Kelly explained. “She wouldn’t be giving her the time of day if Braunwyn wasn’t a cast member lol.”