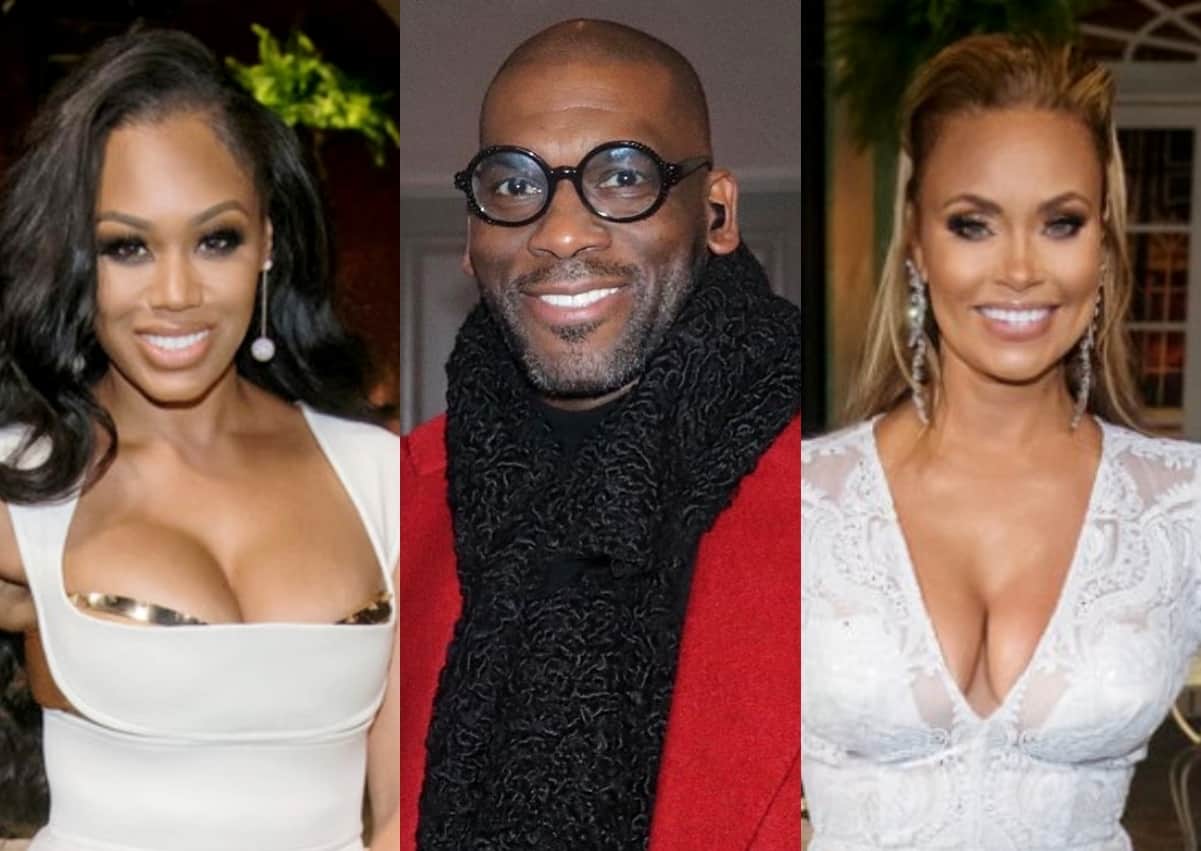 It’s been a whirlwind week for Real Housewives of Potomac fans, and the drama is getting juicier by the day.

During an epic part one of the season five reunion (only part one!), RHOP fans were truly sent after Monique Samuels left heads rolling with her binder full of receipts. The reality star had numerous tabs ready in her binder, but her main target was Gizelle Bryant and her ex-husband/current flame (we believe?), Jamal Bryant.

The “Drag Queens” rapper revealed text messages between Jamal and another woman, claiming that the Atlanta pastor and Gizelle’s relationship was a “fraud” and had been used as a storyline for the RHOP cameras.

Much to many viewers’ delight, Gizelle looked like a deer in headlights upon receiving the information. Her boo, however, decided to clap back at Monique’s claims, bringing a binder of his own to a Wednesday night Instagram Live, denying he had a mistress while seeing Gizelle, and… sort of revealing that he’s single? Or was single at the time?

The video left many fans puzzled about Jamal’s current relationship status, although one thing the father of… many… made clear was his direct shade back at Monique. Jamal even went after Monique’s husband, Chris Samuels, as he slammed the former NFL player as having “anger management” issues and claimed he suffered from CTE, or Chronic Traumatic Encephalopathy, a common occurrence of brain trauma for former athletes.

Monique is now responding to Jamal’s video, laughing off his reply to say that his “receipts” prove nothing.

“His whole response just proves that there are demons in the church and in the pulpit because what pastor goes on a live and does that?” Samuels told Shadow and Act. “He wasn’t even original. Dude, I already did the binder, get your own thing. It was just hilarious to me.”

She continued, “He needs to do better with his actions and doing that live is the exact opposite of what a well-grounded pastor would have done. So it’s just that the comedy writes itself at this point. He needs to go back to prayer and ask God to help clean some of that flesh he has, because it is quite dirty.”

Monique went on to defend her husband, responding to Jamal’s accusation that Chris got so heated toward Gizelle and Robyn Dixon that security had to be called.

“My husband is not a person who will argue with women. That’s not his job, that’s my job,” Monique said. “And no woman is going to argue with my husband, because that’s my job. So whatever Jamal alluded to is not true. He wasn’t there. Maybe he should have been there and then he could have made all of the points that he wanted to make and he could have witnessed firsthand what would actually happen. It’s going to be very eye-opening when people see all that goes down.”

For RHOP fans, Monique’s takedown of Gizelle was a long time coming, considering how the series OG grilled the season two newcomer.

Many speculated it was one really pretty girl going after another really pretty new girl. While that theory may hold some weight, Monique had other insights after seeing how Gizelle treated this year’s newbie, Wendy Osefo, in comparison.

“Wendy kisses Gizelle’s ass and Gizelle likes people who she can feel as though she can control and manipulate,” Monique shared. “Wendy has those four degrees and she’s a very bright and intelligent young woman but when it comes to street smarts, she clearly doesn’t have any. But she’ll learn once she’s on the receiving end of Gizelle’s nonsense.”

Monique concluded, “Gizelle is not a builder of people. She is a person who tears people down. And if she does not feel as though you’re competition for her. She’ll take you in so long as you’re giving the compliments.”

The second part of The Real Housewives of Potomac season five reunion airs this Sunday at 9/8c on Bravo.