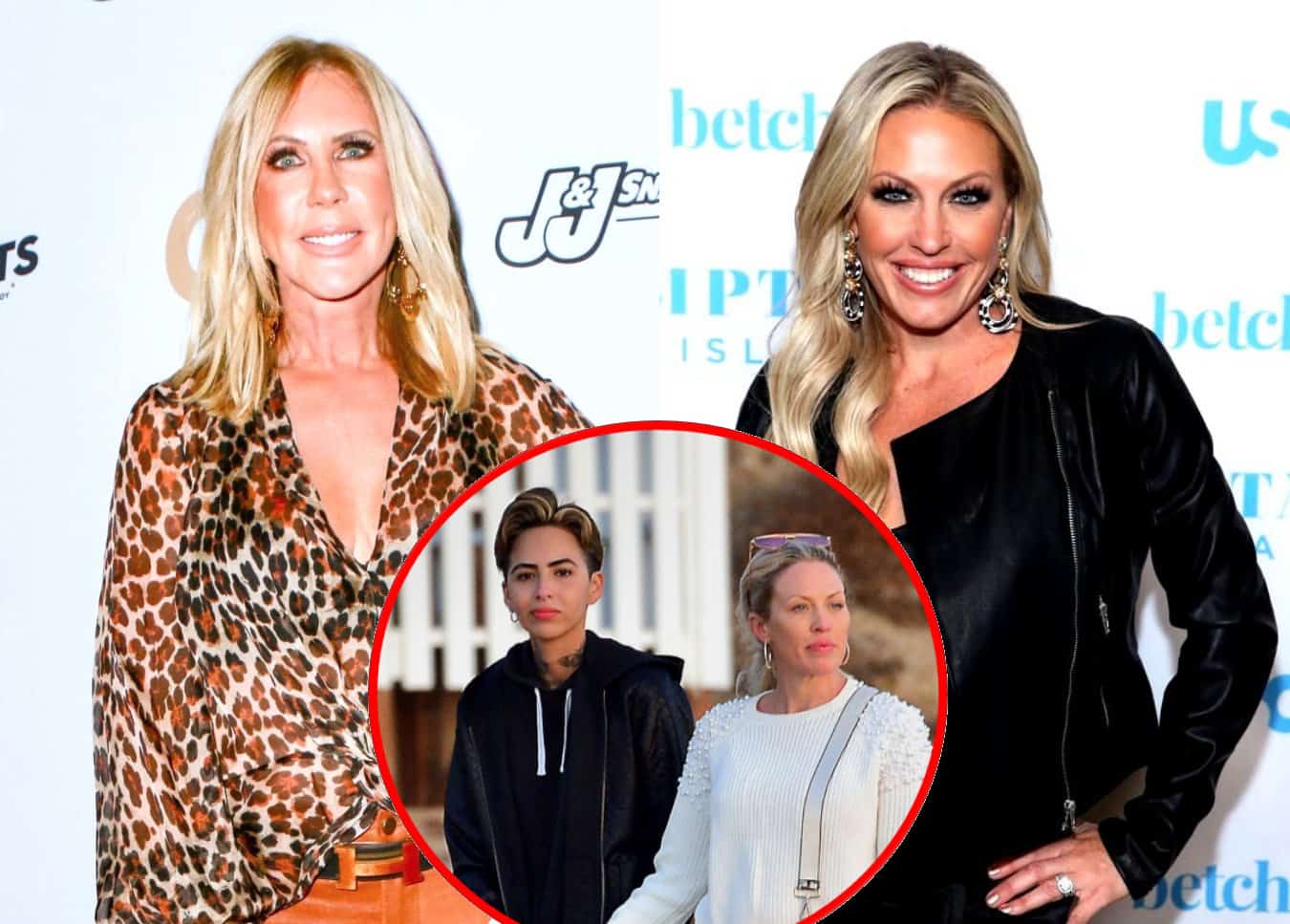 Vicki Gunvalson has offered a shady response to a recent photo shared of Braunwyn Windham-Burke and her girlfriend, a woman named Kris, on Instagram.

Weeks after the Real Housewives of Orange County cast member came out as a lesbian and debuted her new romance on her Instagram Stories, Vicki shaded the mother of seven for leaving her children at home to take a stroll on the beach with her tattooed flame.

“Braunwyn spotted with her girlfriend, Kris!” read the caption of a post shared by the Bravo Housewives fan account on Instagram, which included the photo below. 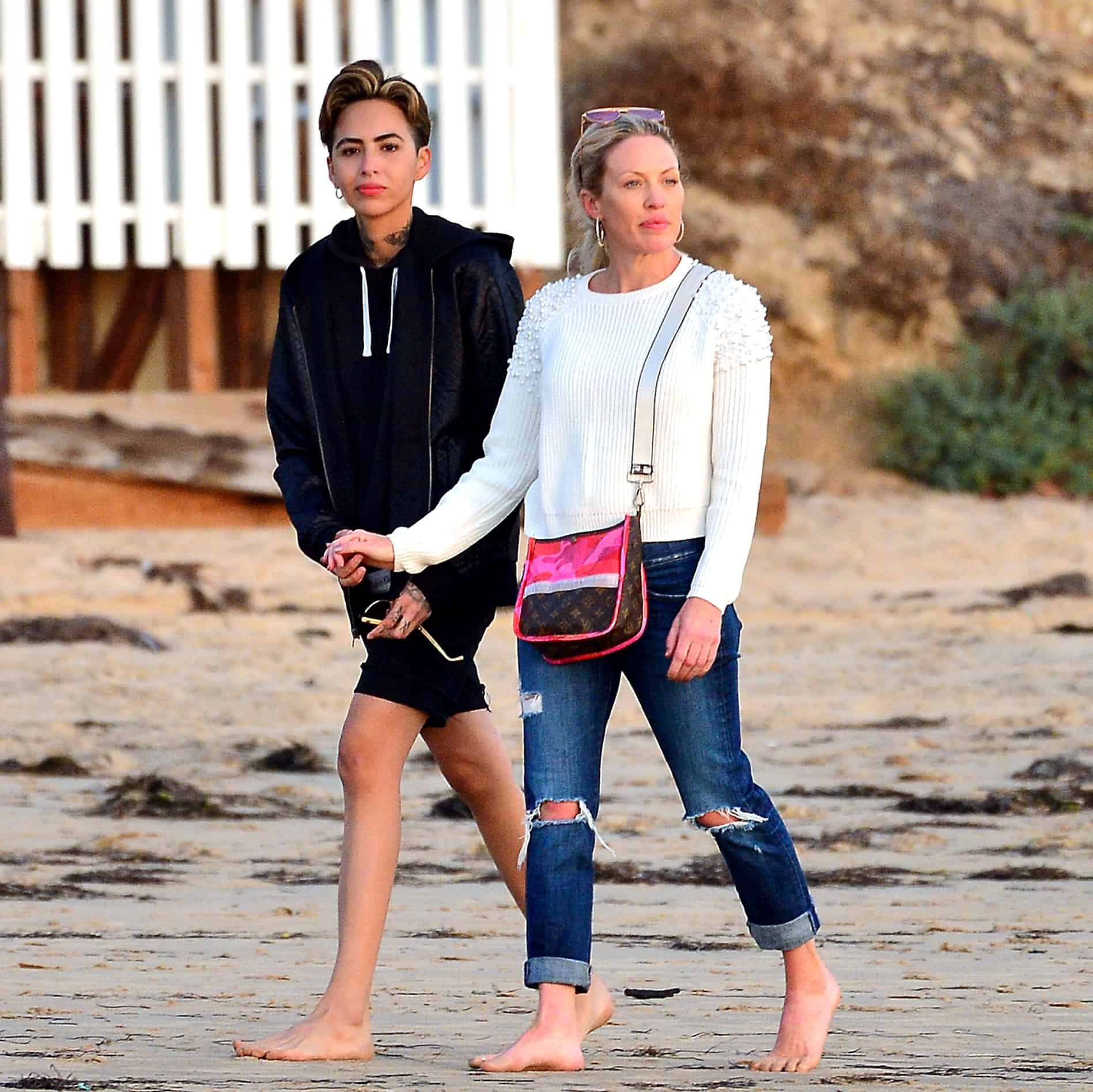 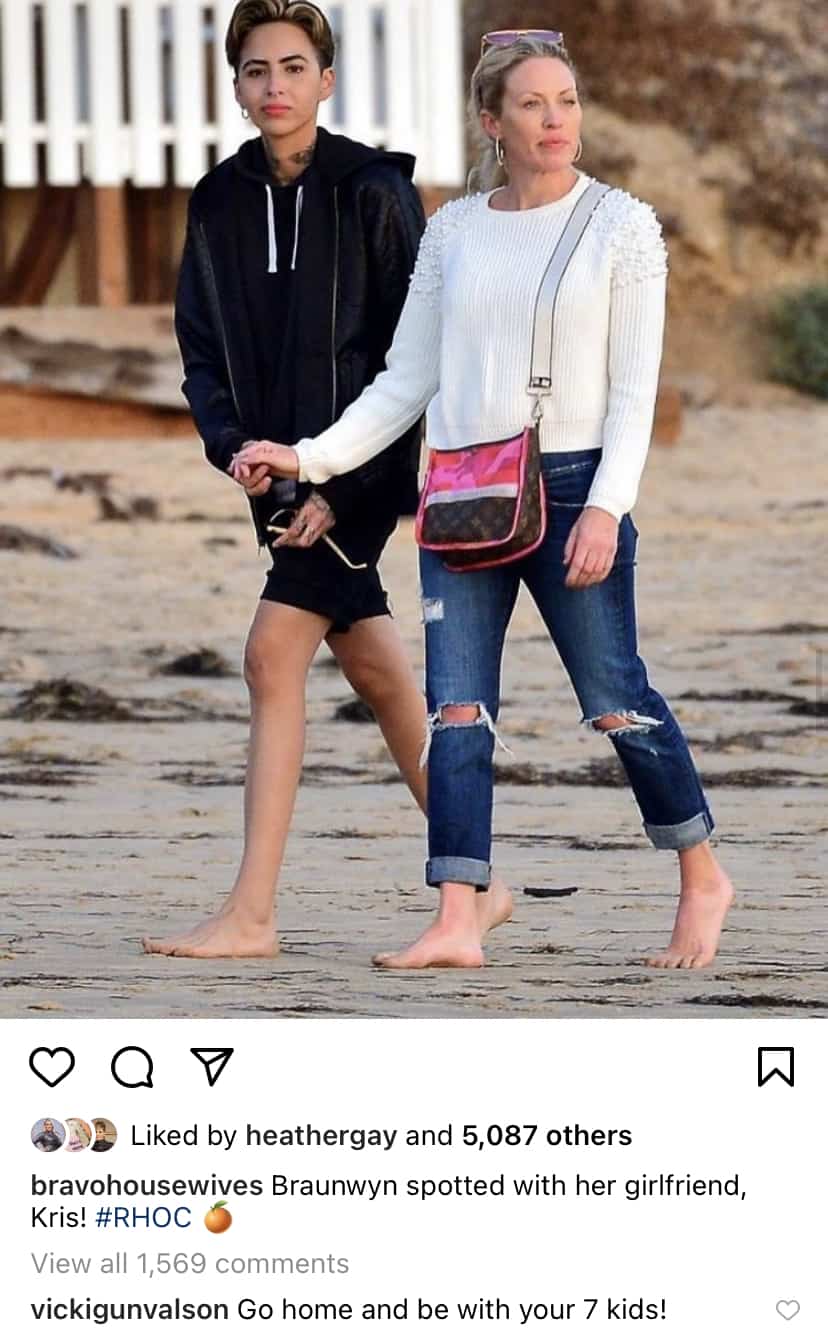 Following her shady post, Vicki was met with a number of fans who agreed with her sentiments.

“LOL Vic said what we’re all thinking,” wrote another.

Meanwhile, others pointed out that Vicki allowed her former boyfriend, Brooks Ayers, to drive a wedge between her and her family, all while lying about cancer on the show.

“You literally neglected [your] family for a con artist so why don’t you hop off Braunwyn,” one person recommended.

“You didn’t have that same tune when you were with Brooks or when you both faked that he had cancer. Or when he told [your] son in law to beat your daughter. Crazy how obsessed you are with [Braunwyn],” another person said.

As fans of RHOC well know, Vicki and Braunwyn began feuding shortly after Braunwyn joined the cast for season 14 in 2019, and recently, Vicki suggested that Braunwyn’s marriage to Sean Burke had been impacted by the “Housewives curse.”

“Hmm… looks like being on RHOC only took [one] year before their marriage had ‘issues,’” Vicki wrote on Instagram in October.

Although Braunwyn’s marriage is certainly facing some major challenges, namely Braunwyn’s attraction to women and her alcoholism, she and Sean do not yet have any plans to file for divorce.