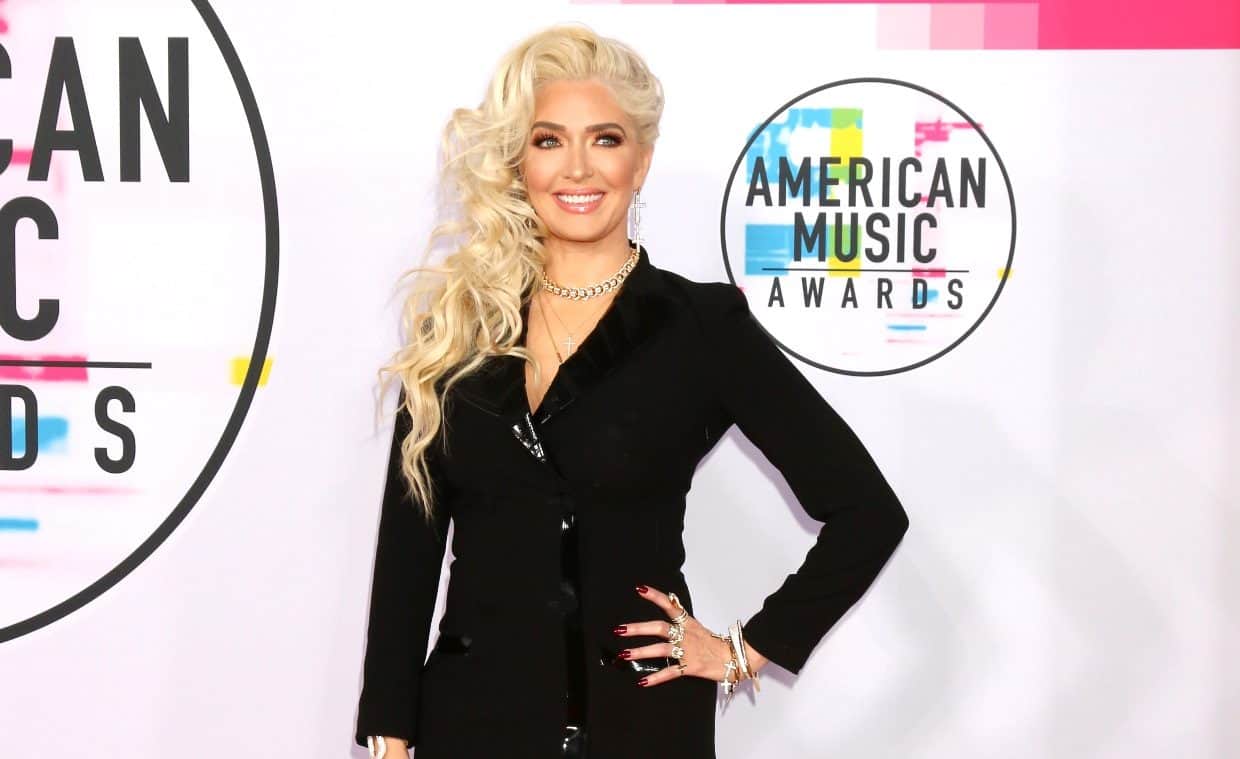 Erika Jayne has faced a number of tax liens in recent years.

As her split from estranged husband Thomas Girardi, as well as her claims of cheating against him, continues to play out in the press, a report has revealed that the Real Housewives of Beverly Hills castmate has been dealing with money issues for decades.

“Everyday brings more Ex$pen$ive drama for Erika Jayne – Girardi – Chahoy! Some Tax Liens, some releases,” Bravo Snarkside shared with their Instagram readers on December 23, along with a screenshot of a $1.07 million tax lien placed against Erika, who was referred to as “Erika N. Chahoy,” by the state of California. 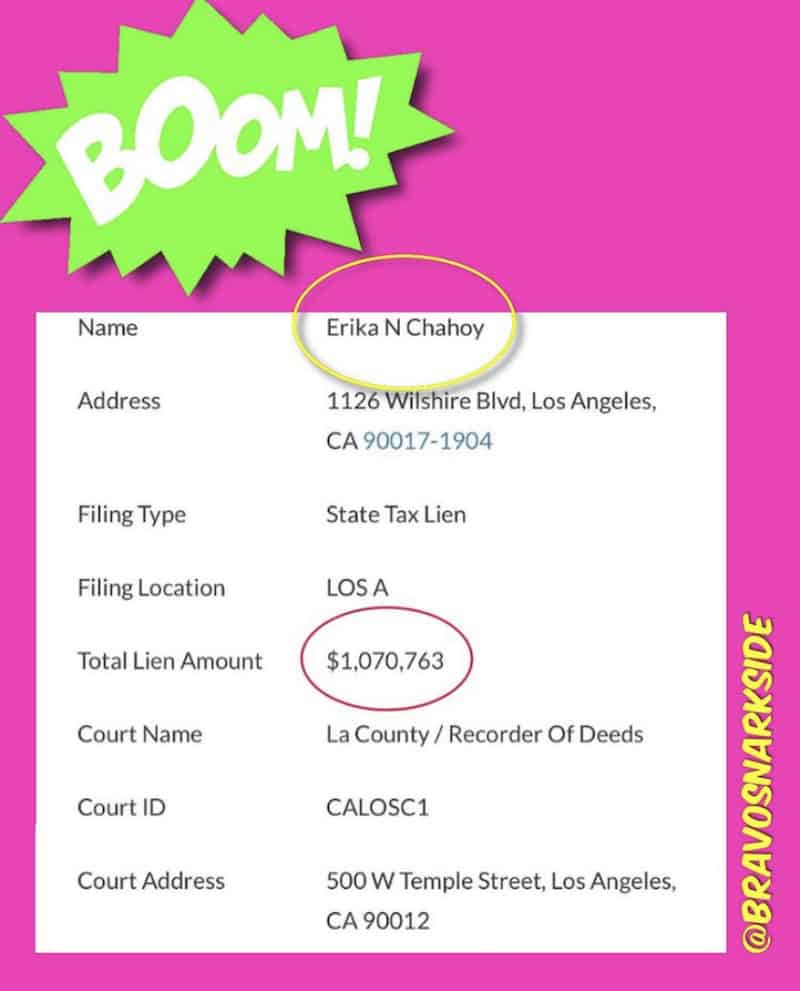 Following the filing and release of the $1.07 million lien, Erika faced two additional tax liens from the feds, including a lien in the amount of $3.22 million and another for $4.56 million.

Both of those liens, as confirmed in the screenshots below, were also released. 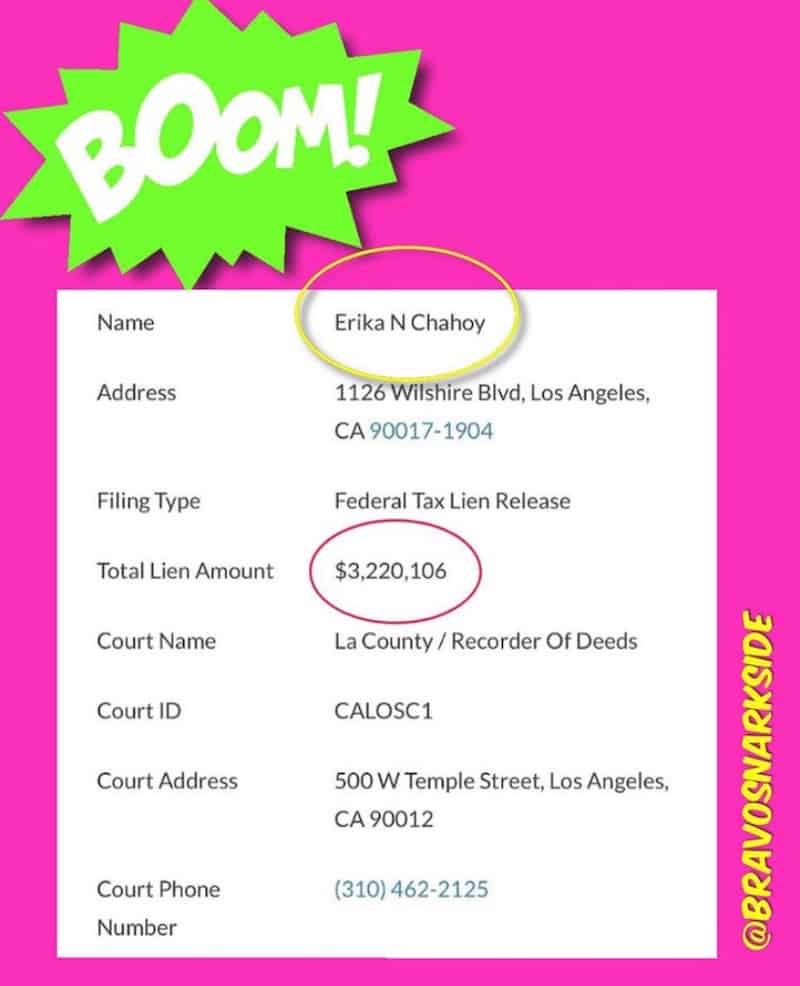 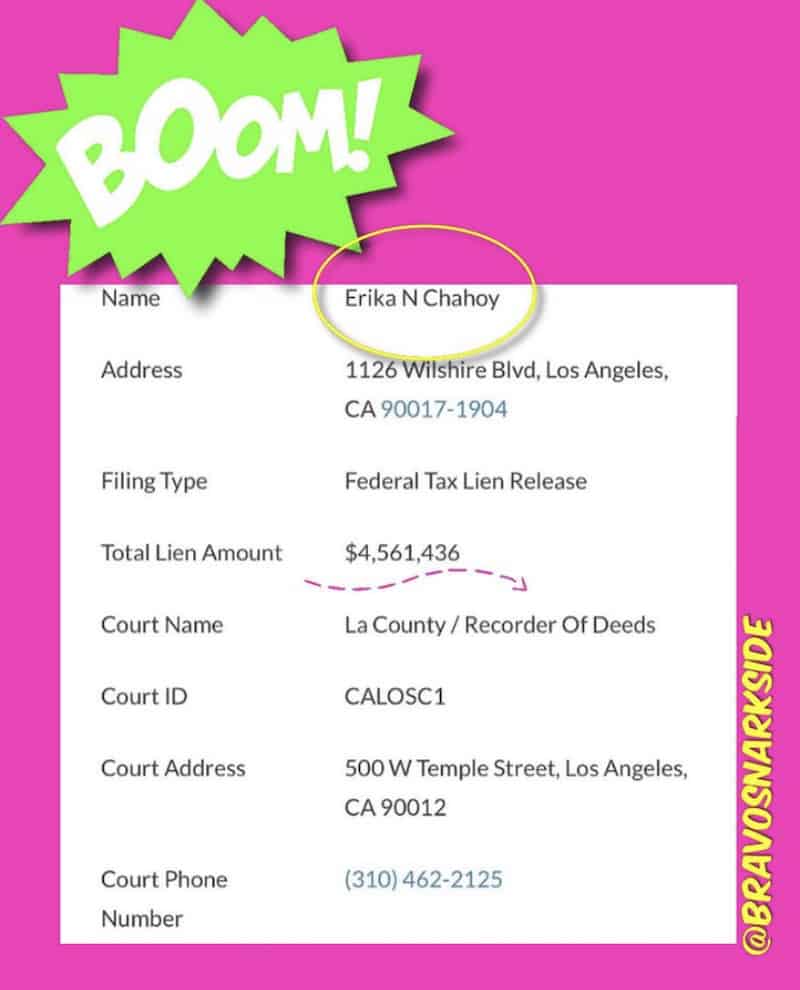 When Erika was first added to the RHOBH cast in 2015 for season six, a report from Radar Online uncovered a number of past issues faced by Erika and Thomas.

In court documents obtained at the time, multiple liens were confirmed, starting in the year 2000, when the couple owed $1.3 million to the IRS.

As RHOBH fans have surely heard, Erika filed for divorce from Thomas in November and accused him of cheating on her with California judge Tricia A. Bigelow, whose attorney confirmed her romance with Thomas, weeks later.

In addition to the messy split Erika and Thomas are facing, the once-highly regarded attorney has also been hit with an involuntary bankruptcy filing, as well as millions of dollars worth of lawsuits amid allegations he embezzled money from his clients.

The Real Housewives of Beverly Hills season 11 is currently in the midst of production and expected to air on Bravo sometime in 2021.