RHOBH’s Dorit Kemsley Shares Update on Friendship With Kyle Richards, Reveals the “Only Plastic Surgery” She’s Had Done, Plus She Denies Plans to Move and Talks Favorite Part of Show 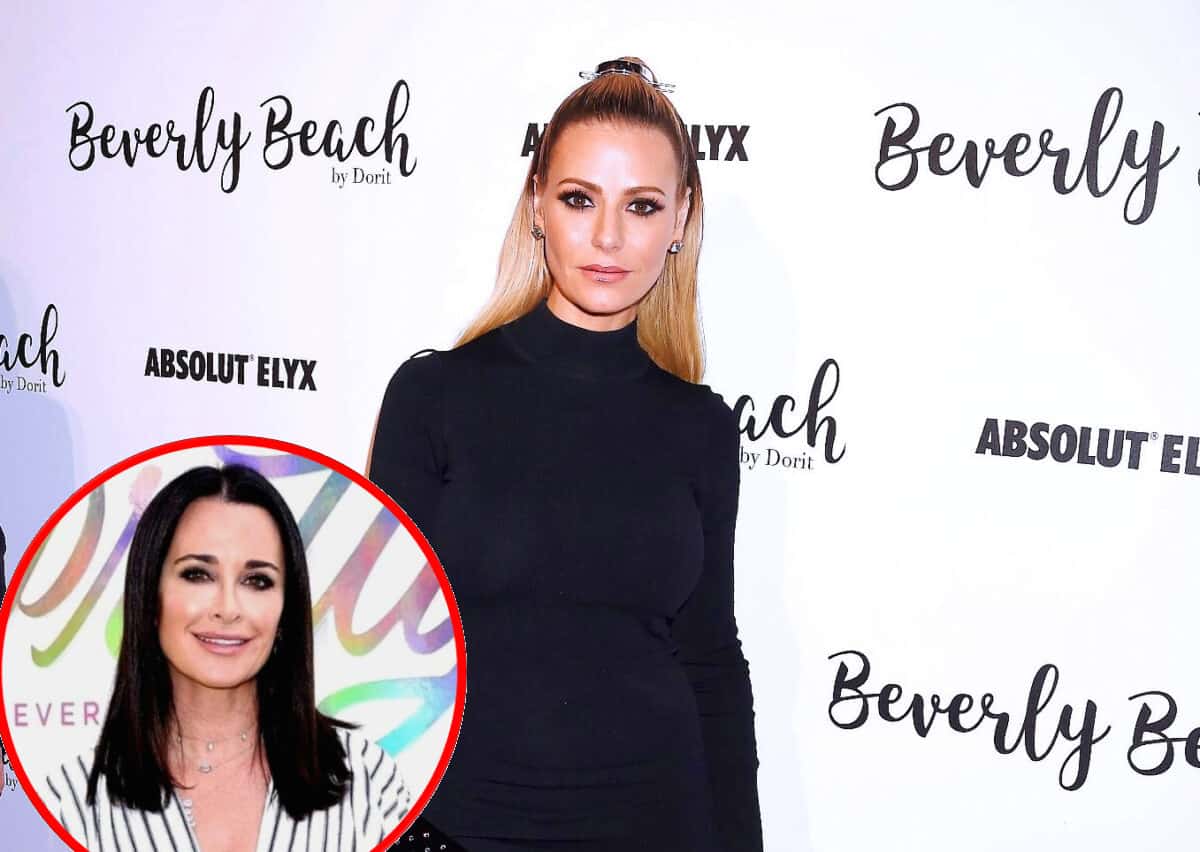 Dorit Kemsley and Kyle Richards have had plenty of ups and downs in their friendship in recent years on The Real Housewives of Beverly Hills but where do they stand today, amid filming on season 11?

During a Q&A on her Instagram Stories, Dorit opened up about her friendship with Kyle and plastic surgery before denying she and husband Paul “PK” Kemsley have plans to move, revealing her favorite part of the Bravo series, and responding to a question about her and PK’s finances.

“Are you and Kyle close?” a fan asked on January 1.

“Yes! I love [Kyle] and [PK] is close to [Mauricio Umansky] too,” Dorit replied. “They’re definitely one of our best couple friends. We love them.” 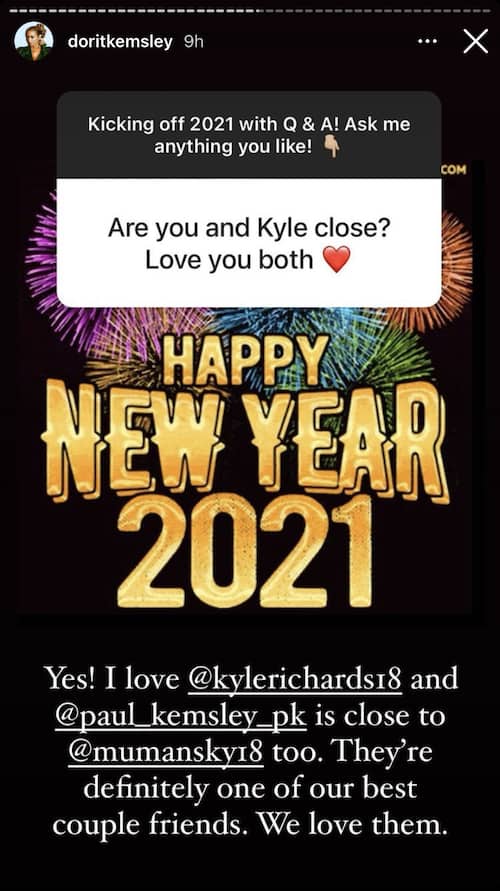 “Have you ever done plastic surgery?” asked a second fan.

“The only plastic surgery I’ve had done is my boobs,” Dorit revealed.

While Dorit has been accused of having plastic surgery on her face in the past, she told the fan that when it comes to her face, she’s only done filler and Botox.

“I work with masterful makeup artists who can transform your face. If I ever decide to do plastic surgery I promise I will happily share it,” she continued. 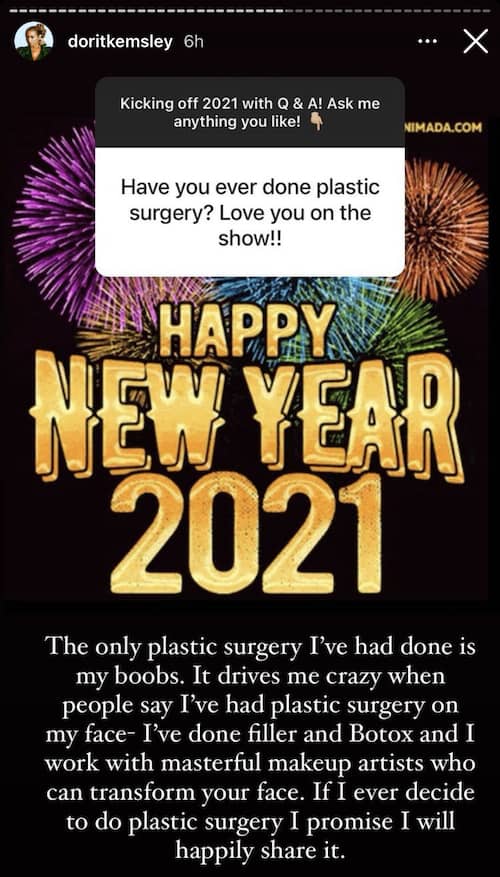 “Why are you moving again?” wondered a third fan.

As fans of RHOBH may have seen, Dorit and PK listed their $9.5 million Encino home in September. However, after slashing the price of the home by $1.6 million in October and still seeing no action, they ultimately took the property off the market.

“We don’t have any plans to move at the moment,” Dorit confirmed. 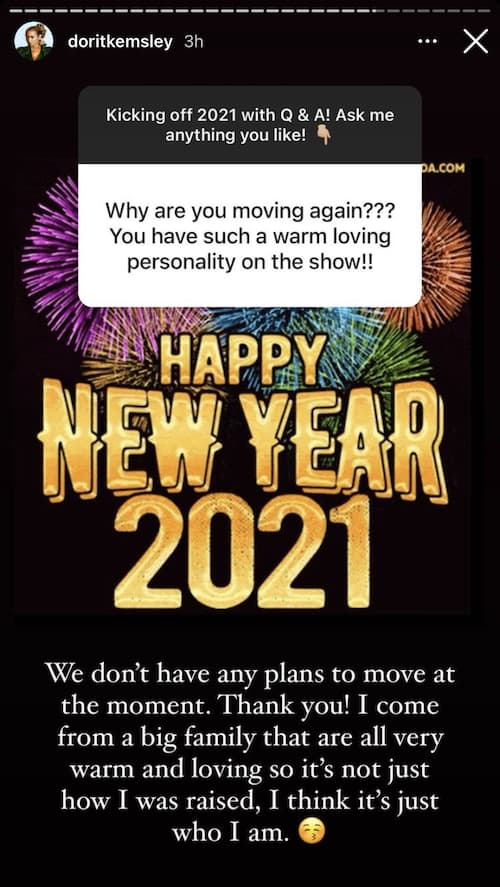 Dorit then responded to a fan who wanted to know her “favorite part of being” on the RHOBH.

“Definitely the friendships I’ve made on the show and also the fun trips we take as a group,” Dorit explained. 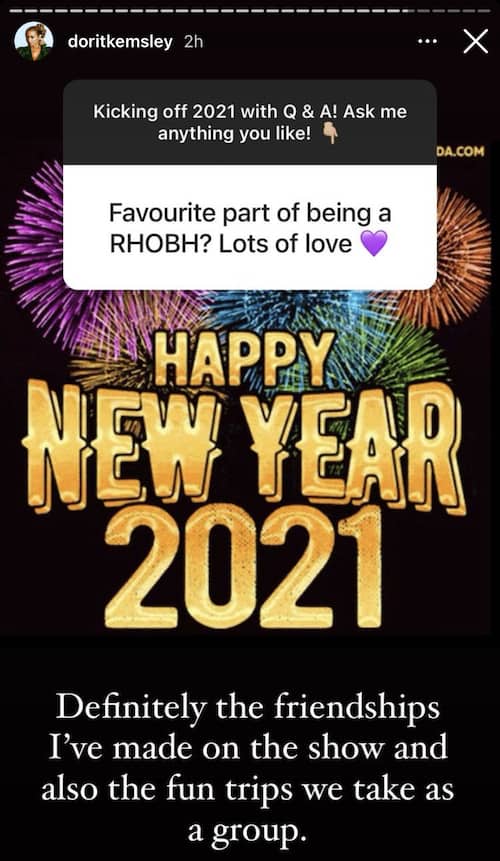 As for whether or not she or PK makes more money, Dorit joked that it “depends on the week!” 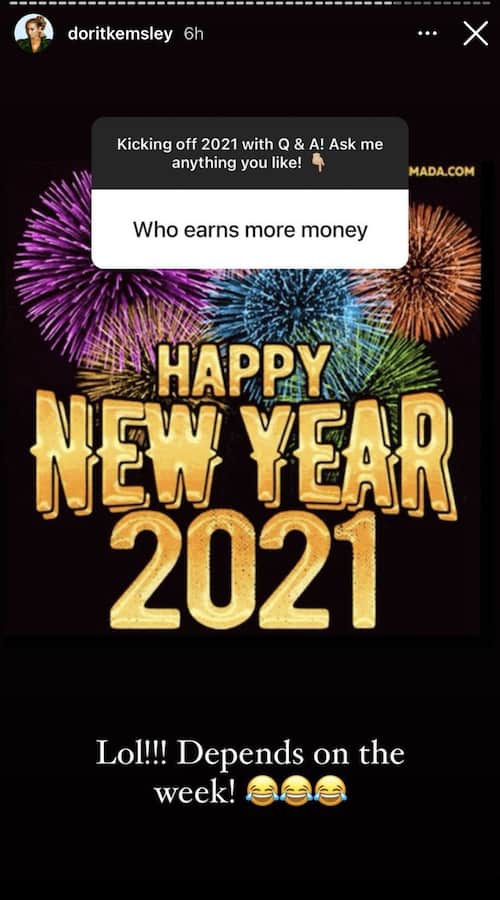 In another Instagram Story, Dorit responded to a fan who wanted to see the very first photo of her and PK by sharing an image of the two of them “very early on in their relationship.” 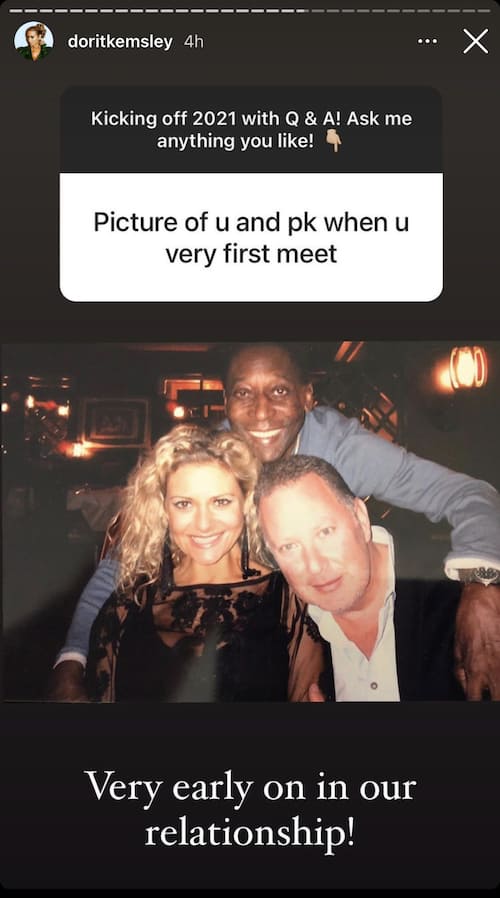 The Real Housewives of Beverly Hills season 11 is expected to air in spring 2021.