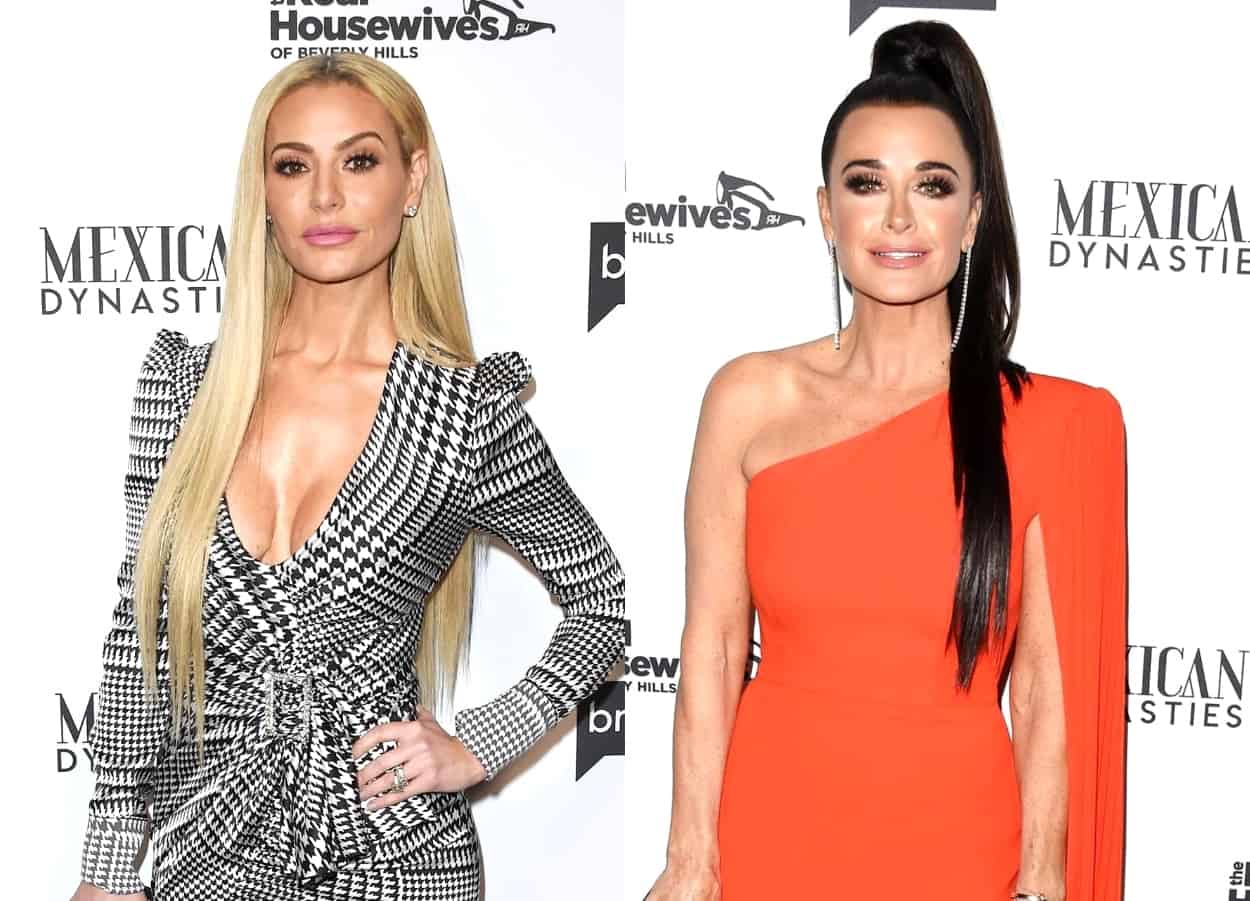 Dorit Kemsley opened up about what led her to lash out at Kyle Richards in Rome after the August 5 episode of The Real Housewives of Beverly Hills featured a dinner party dispute between them.

After Dorit was seen feuding with Kyle as Denise slammed her castmates for repeating what Brandi Glanville had said about their alleged hookups, Dorit revealed why she had reached her breaking point with Kyle as Kyle claimed the two of them are now back to “square one” due to the comments Dorit made about her clothing line, Kyle + Shahida, earlier this season.

“I think [Kyle cutting me off] was the straw that broke the camel’s back that night because, aside from the fact that I’m actually coming in for her friend, it’s not nice,” Dorit recalled on the RHOBH: After Show. “I understand if someone is talking a lot, people tend to cut people off. But I’ve sort of had this raining issue with Kyle throughout the season where I feel she doesn’t let me finish what I have to say.”

During the show, Dorit attempted to defend Teddi as Kyle continuously cut her off amid her efforts.

“She cut me off one too many times and I sort of had enough of Kyle,” Dorit admitted.

After the dramatic dinner with their castmates, the ladies sat down for a one-on-one to talk things out, during which Kyle attempted to say, “I’m sorry.”

“There was an apology, but then kind of an apology,” Dorit explained. “When she says to me, ‘I love you. I’m always going to love you. We love each other. We’re going to be great friends forever and nothing’s ever going to break us,’ you just kind of move on.”

According to Dorit, she agreed to move on from her issues with Kyle because she wanted the two of them to enjoy their time in Rome.

In her own RHOBH: After Show segment, Kyle said that despite her drama with Dorit, she truly cares for her co-star and felt that it was important for the two of them to sit down with one another in Italy and get a “fresh start.” That said, their “fresh start” was short-lived due to the footage Kyle saw of Dorit months later.

“We were totally fine, and then the show aired, and she said things in the first episode that hurt my feelings. When she said, ‘Oh, does Kyle just think she can throw her name on a clothing line and it makes it hers?’ I really didn’t like that she put down my business because I’ve never done that with any of her businesses,” Kyle explained.

“We’re kind of back to square one, but I do care about her, and I know we’ll be fine,” she added.