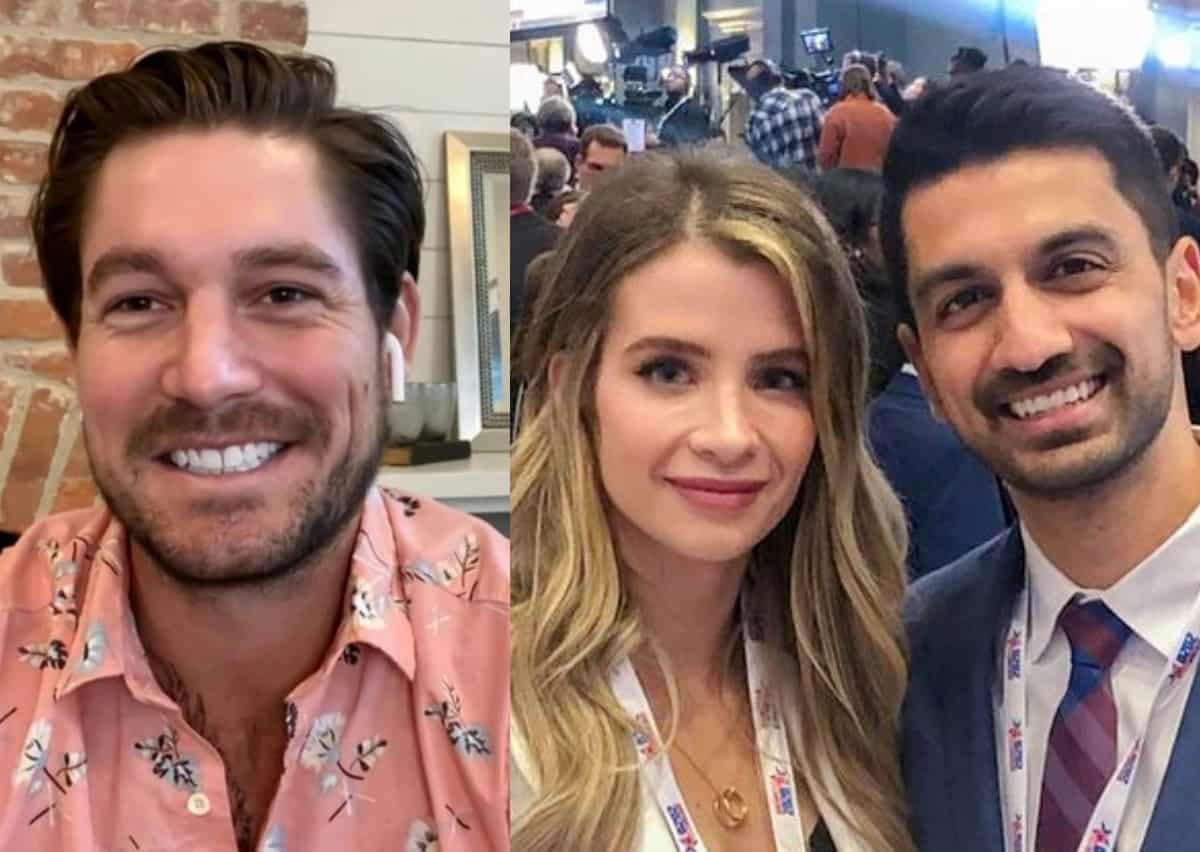 Craig Conover recently ran into his ex-girlfriend, Naomie Olindo, and her boyfriend, Metul Shah, at the airport.

While appearing on a podcast on Tuesday, March 2, the Southern Charm star recounted the run-in before dishing on his breakup with Naomie, revealing where he stands with former castmate Thomas Ravenel, and opening up about the many things he has going on outside of his position on the Bravo reality series.

“I actually ran into [Naomie and Metul] in the airport. We were in the sky lounge. I was coming back from somewhere and they were coming back,” Craig revealed to Amanda Hirsch on Dear Media’s Not Skinny But Not Fat podcast. “Her and Metul walked in and I was like, ‘No f*cking way.’ They didn’t see me at first and they sat two tables away and I went over and I started by standing and talking to them, but I ended up sitting with them and talking.”

According to Craig, he and Naomie are “just good friends,” especially now that he’s in a committed relationship with girlfriend Natalie Hegnauer, but at the same time, they feel like strangers.

“Life is crazy how you can spend years with someone having your whole future planned out and then just be… strangers. It’s nuts,” he added.

Although it was rumored that Naomie had ditched her relationship with Craig years ago because he was unable to support her, Craig denied any such thing, reminding listeners that he was making a good bit of money with Bravo at the time of their split.

“That’s what frustrated me so much,” Craig explained of the false reports. “Whenever anyone would call me lazy, I’m like, ‘I’m like financially… I’m in easily the top three percent of people my age.’ I was just like, ‘This isn’t about money.”

While Naomie’s father was an entrepreneur like Craig, Craig felt that Naomie was unable to think outside of the box when it came to his career dreams. He also felt that she listened too much to their Southern Charm castmates.

As for his current relationship with Thomas, who was seen briefly on season seven, Craig said he doesn’t see him or Whitney Sudler-Smith anymore.

“I met Thomas through Whitney… Whitney brought a lot of us together and I always got along really well with Thomas, especially in the beginning,” he shared.

Craig went on to say that while Thomas was known to be a bit brutal with certain members of the show, he took it easy on him.

“Those roasts that he would go on, he’d go around the whole table. And then he’d say something nice about me and Shep would be like, ‘That’s all you have to say about Craig?’ I always got off scot-free, which always made me laugh,” Craig revealed.

Also during the podcast, Craig opened up about all he has going on outside of Southern Charm, including the upcoming opening of his new Sewing Down South Store.

“We’re about to open our first store on King Street in Charleston. So that’s exciting. We’re pumped. We found an amazing, huge storefront. We’ll have [Austen Kroll‘s] beer on tap for fun when you walk in the store and there will be a few experiences, like you can embroider stuff yourself and I’ll be there a lot,” he stated. “I want to go into an entire home decor space. So we’ll start with this store. It’ll be kind of a tester store.”