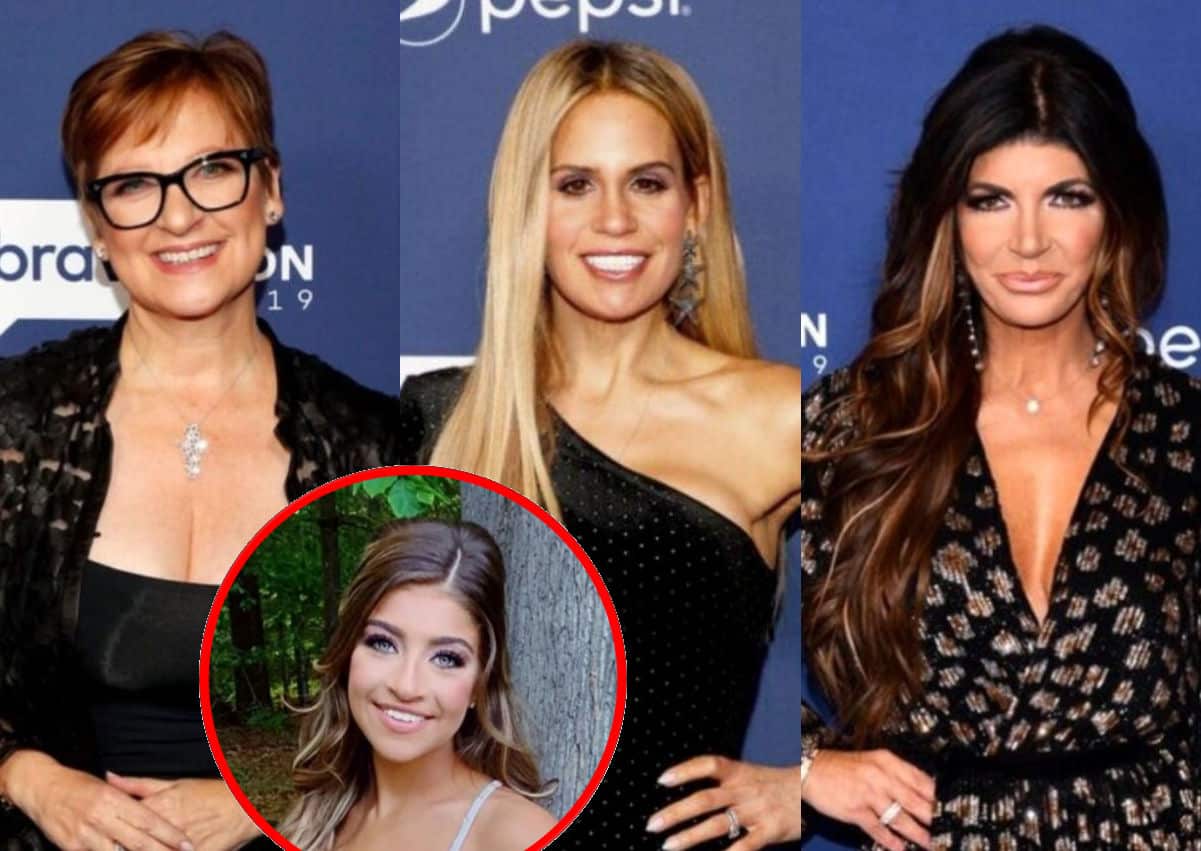 Caroline Manzo is weighing in on Teresa Giudice‘s on-screen drama with Jackie Goldschneider.

After watching the two women face off on the premiere episode of The Real Housewives of New Jersey season 11 after Teresa, 48, suggested Jackie’s husband, Evan Goldschneider, could be cheating and Jackie, 44, responded with an analogy about Teresa’s daughter, Gia Giudice, doing “coke in the bathroom” at parties, Caroline, 59, slammed them both.

“They both have to be responsible for what they said and did. Shame on both of them!” Caroline told Us Weekly in response to the feud on March 23.

According to Caroline, she wishes the ladies didn’t abandon their “dignity” or “integrity” during the argument and suspects producers “possibly” encouraged their dramatic encounter.

She also doesn’t understand why Teresa would bring up a rumor about Evan on camera.

“I don’t know what would possess [Teresa] to say something like that. I don’t care how much you dislike someone,” she said.

Although Caroline, who left RHONJ after season five in 2013, is certainly not Team Teresa and believes she should have known “what’s right and what’s wrong,” she’s also not Team Jackie.

“Two wrongs don’t make a right,” Caroline noted. “There are plenty of analogies you could have chosen without bringing Gia into it. Gia — from what I’ve seen and what I have known from that kid, historically — is a great kid. She is wise beyond her years. … Why would you come back with something like that to someone that’s not there to defend herself, to someone who’s not involved in anything, and to someone who’s only 20 years old.”

“This is a kid that’s in college, that’s going out into the workforce, and that lives forever. You’ll Google ‘Gia Giudice’ and that comment will come up,” Caroline added. “Whether she’s guilty or not of it, she becomes suspect of it.”

Following the premiere episode of RHONJ, Gia reacted to her name being brought up on Twitter.

“Saying it was an analogy is making it excusable, it’s not,” Gia wrote at the time. “My character is now being questioned. My name was used to make a point. No one should be used in that way. I am suffering the consequences for such an outlandish and untrue statement. While her marriage is happy [and] in tact.”