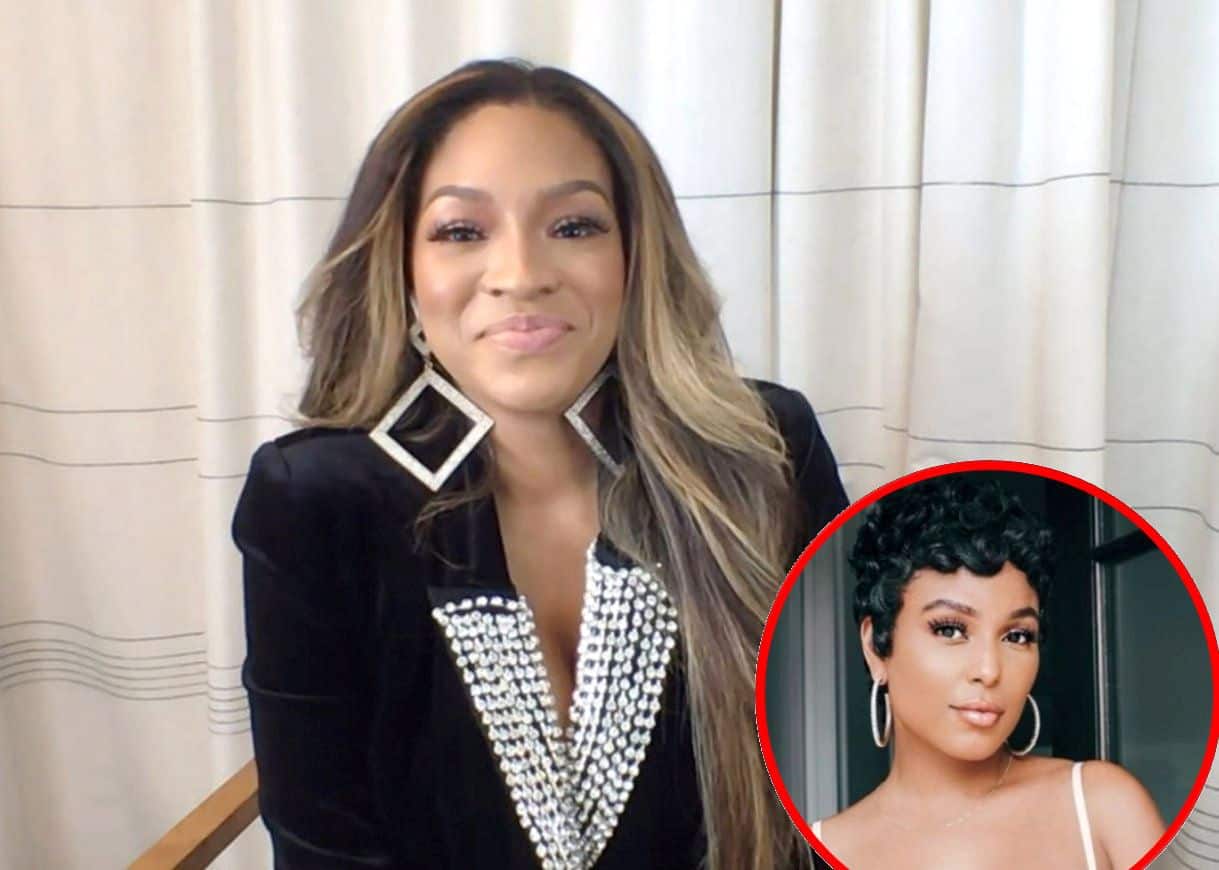 Drew Sidora appeared on Sunday’s episode of Watch What Happens Live, where she played a game of “Do! You! Regret It?” regarding her behavior on the 13th season of The Real Housewives of Atlanta.

Following her near-altercation with LaToya Ali on the finale episode, Drew looked back on her most memorable feuds on the show, including her heated feud with her “spying” husband, Ralph Pittman Jr., her check drama with Kenya Moore, and her anticlimactic recording of Prophet Lott.

When Drew was asked by Andy Cohen if she regrets running at LaToya on the April 18 episode of WWHL, Drew was quick to say, “Absolutely not.”

“She’s lucky I was held back because she threw something at my head,” Drew explained. “I could have pressed charges, but where I come from, that was my reaction. You don’t get to throw things at me and me just sit there. She’s lucky I got held back.”

While Drew has no regrets about her drama with LaToya, including the autographed picture she gifted her, she admitted she does regret her confrontation with Ralph in regard to the cameras he installed at their home.

“Definitely. Yes. I wish I could take that back,” she told Andy.

Drew also regrets bringing a wig to Cynthia Bailey‘s Christmas party on the finale episode, saying that she “could have brought something else.”

Moving on to her drama with Kenya, Drew said she “absolutely” doesn’t regret questioning Kenya about her decision to fly private to South Carolina as the rest of the cast was forced to travel for five hours on a bus.

“Absolutely not. I held her feet to the fire and will continue to do that. That’s what I do as a friend,” she shared, also adding that she “definitely” doesn’t regret splitting her check with Kenya because she doesn’t “want to owe her nothing.”

Also on WWHL, Drew said that when it comes to her recording of Prophet Lott, who she believes had a romance with LaToya, there’s more than what fans saw on RHOA.

“I wish I could play the whole recording and then you guys would have everything you need,” she revealed.