Sonja Morgan Reacts to Being Left Out of Real Housewives All Stars, Dishes on New RHONY Season and Addresses Leah McSweeney’s Feud With Heather Thomson 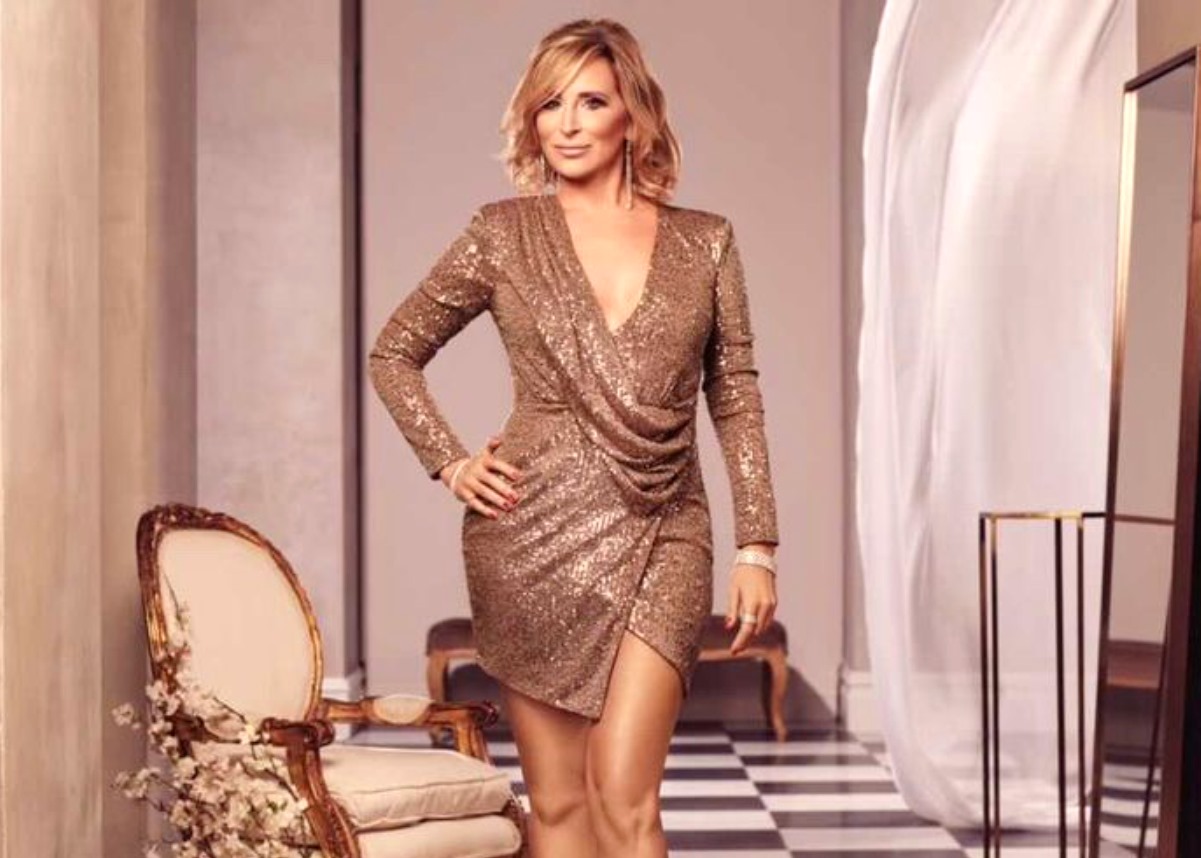 Sonja Morgan is speaking out after being left out of the Real Housewives: All Stars cast.

As a number of her fellow Real Housewives, including her Real Housewives of New York City co-star Ramona Singer, began filming the Peacock spinoff in Turks and Caicos, Sonja weighed in on Twitter and addressed the upcoming 13th season of RHONY in a new interview.

“Honestly I’m having a hard time imaging [Real Housewives: All Stars] without [Sonja Morgan]’s light, care free, fun energy. I also feel like she’s actual friends with a lot of the women from other franchises so she would’ve been the glue and peacemaker they might need,” a fan wrote to Sonja on April 25.

“Love you. Next one baby,” Sonja replied, teasing her appearance on a potential future season of the show. 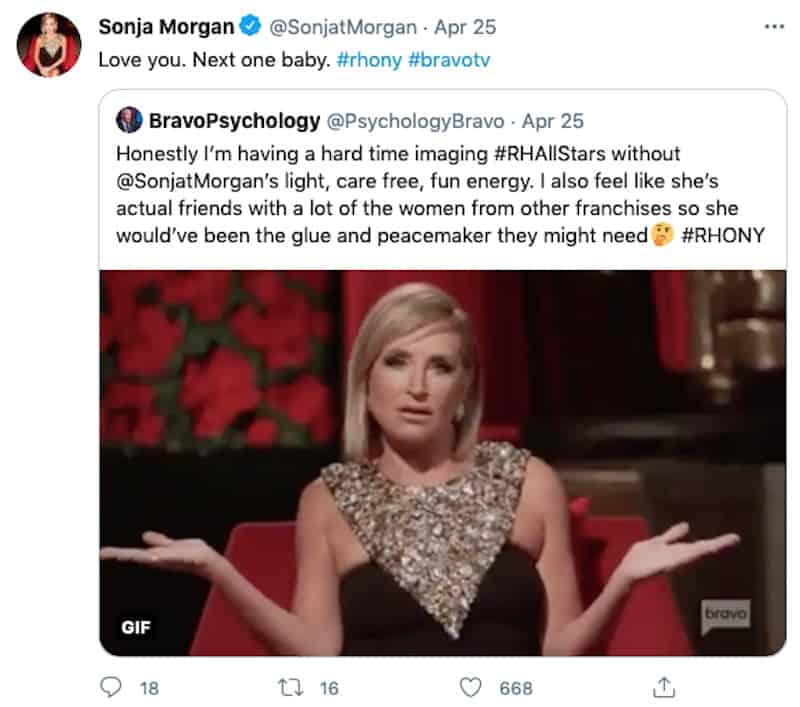 Following the tweet, Sonja spoke to Hollywood Life about the new episodes of RHONY, whose trailer featured Sonja smashing glass with her purse.

“You’ll see more on how I get to that point. But I think it started with [Leah McSweeney] taking me to box with [her trainer] Martin,” Sonja explained, adding that she has “learned a lot through the pandemic.”

While Sonja described her outburst as “empowering,” she further explained that she was “lashing out after a culmination of lessons learned with my friends on RHONY.”

“You’re gonna love this season,” she continued. “It’s just a really good season — it’s unlike any other season. We’ve never been closer friends ever. [Ramona Singer] and [Luann de Lesseps] and I are like family and [we have] decades and decades of history together. I think you’re going to be very impressed with this season, as compared to last season — it’s very interesting and there’s a lot of growth.”

As for newbie Eboni K. Williams, Sonja had all good things to say, describing the series’ first Black cast member as a “force” and a “passionate woman.”

“We’re very close. I adore her. She’s very empowering not only to me, but to others,” Sonja shared. “[And] she’s not about herself — she’s about a greater mission, and she’s really intuitive and empowering. That’s who she is. And Leah is [similar]. I don’t think that Leah makes things about herself. I think she’s thinking of a bigger picture when she goes off on somebody. So it’s going to be a really good season.”

Also during the interview, Sonja addressed the recent feud between Leah and Heather Thomson, which was prompted by an article suggesting Leah had bullied Heather off RHONY after she joined season 13 in a friend role.

“Heather didn’t realize what she was [getting into] when she came by the weekend we were in the Hamptons,” Sonja admitted. “We are a very involved type group who empower each other. Even when we get conflict, it’s because we feel the love for each other and demand that change within each other. I think Heather — when she came — she was more concerned with how she was looking as [‘Head B-tch In Charge’], more than [she cared about] empowering people, so she really, she got a rude awakening when she came.”

The Real Housewives of New York City season 13 premieres on Tuesday, May 4, at 9/8c on Bravo.