by Lindsay Cronin May 31, 2021 140 comments
ShareTweetWhatsappPinterestRedditTumblrMailFlipboard 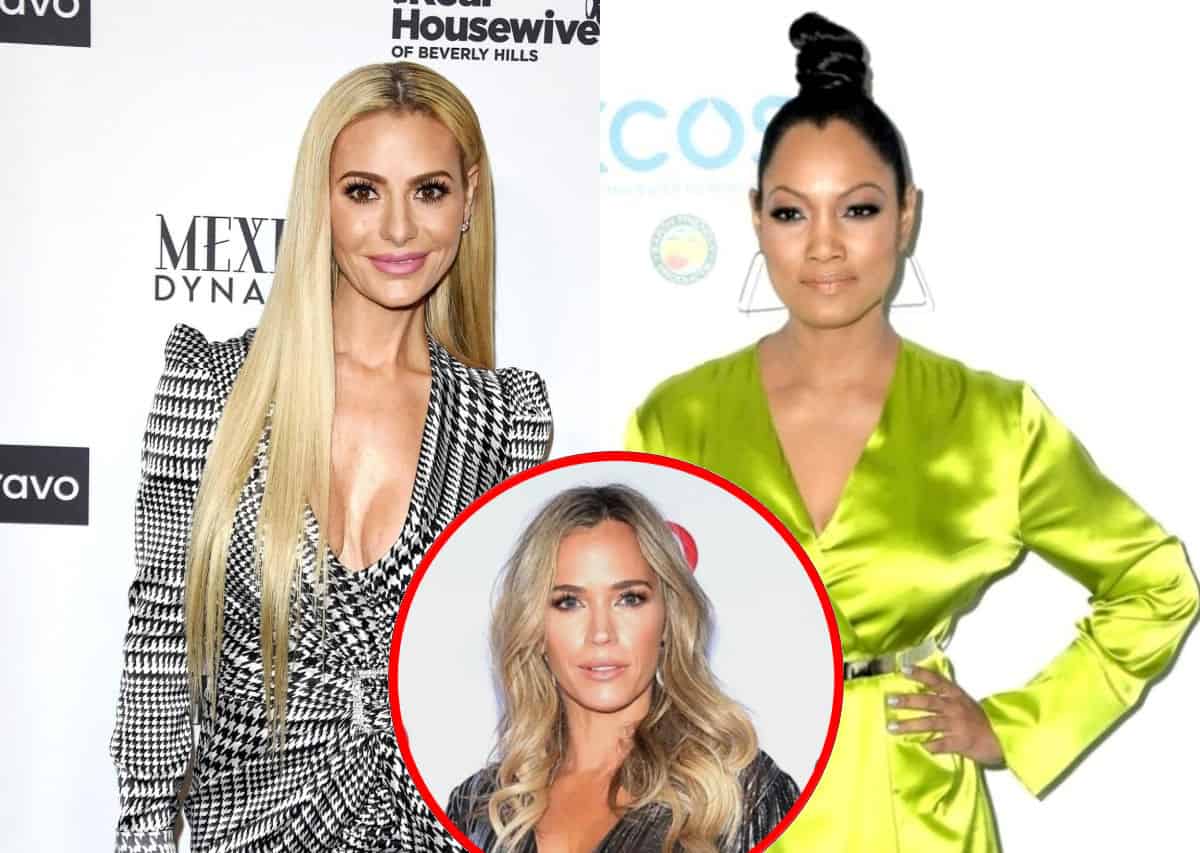 Dorit Kemsley is concerned about Garcelle Beauvais and her view of The Real Housewives of Beverly Hills.

After learning that Garcelle had shaded the cast as actors and suggested they weren’t being their true selves on camera, Dorit fired back by accusing Garcelle of deflecting and saying that she acted too much amid the 11th season.

“If she thinks that, I think she has maybe an idea of the show that doesn’t exist,” Dorit told Access Hollywood on May 26. “And I worry because this is about our real lives. You’ve gotta be yourself, and if you’re not, you’re going to get called out on it.”

According to Dorit, Garcelle may be accusing her and the rest of failing to be authentic because she was guilty of exactly that.

“Garcelle for me,” she replied when asked who was acting on the show. “Isn’t that usually the case [that the one claiming others are acting is doing it themselves]?”

In addition to hinting at potential tension with Garcelle, Dorit revealed she also feuded with someone else.

“There is someone that does poke at me quite a bit and I have something to say about it,” she teased. “I don’t like when people mistake my kindness for weakness. I open my heart up to anyone and everyone until they push me.”

While Dorit wouldn’t name any names, she said it was Sutton Stracke who stirred the pot the most amid filming and noted that her drama-causing behavior may have garnered her an upgraded role on the show.

“Maybe it’s how she got a diamond. Just saying!” Dorit laughed.

As Sutton took on a full-time role in late 2020, Kathy Hilton was added to the series’ cast in a part-time or “friend” position.

“I’m so happy she agreed to join the group. I think that she’s a really special part of it,” Dorit admitted.

As for a full-time role on season 12, Dorit said she wasn’t quite sure.

“I don’t know. She’s busy. But I like that she dipped her toe in it. So maybe she’s more comfortable and she might consider it,” she reasoned.

Although Teddi Mellencamp confirmed her exit from the RHOBH cast in September of last year, she has maintained her friendships with her former co-stars and will soon make a cameo appearance alongside Kyle Richards.

“I’ve become better friends with Teddi now that she’s not on the show than I ever was when she was on the show. It’s really interesting. We have established a friendship outside of the show that’s growing,” Dorit said of their relationship.

Dorit also addressed Erika Jayne‘s current state, saying that she’s been holding up okay in the months since she filed for divorce from Thomas Girardi and began facing numerous claims of embezzlement.

“She’s got a lot on her shoulders right now but I’ve [got] a lot of confidence in her and I believe that she’ll tap into that strength that she needs and get through it,” Dorit shared.