Home Real Housewives of Beverly Hills News RHOBH’s Garcelle Beauvais Slams Lisa Rinna as “Conniving” and Labels Kyle as “Loyal,” Plus Reveals Who Needs to Take a Season Off and Applauds Sutton for Being “Genuine”

RHOBH’s Garcelle Beauvais Slams Lisa Rinna as “Conniving” and Labels Kyle as “Loyal,” Plus Reveals Who Needs to Take a Season Off and Applauds Sutton for Being “Genuine” 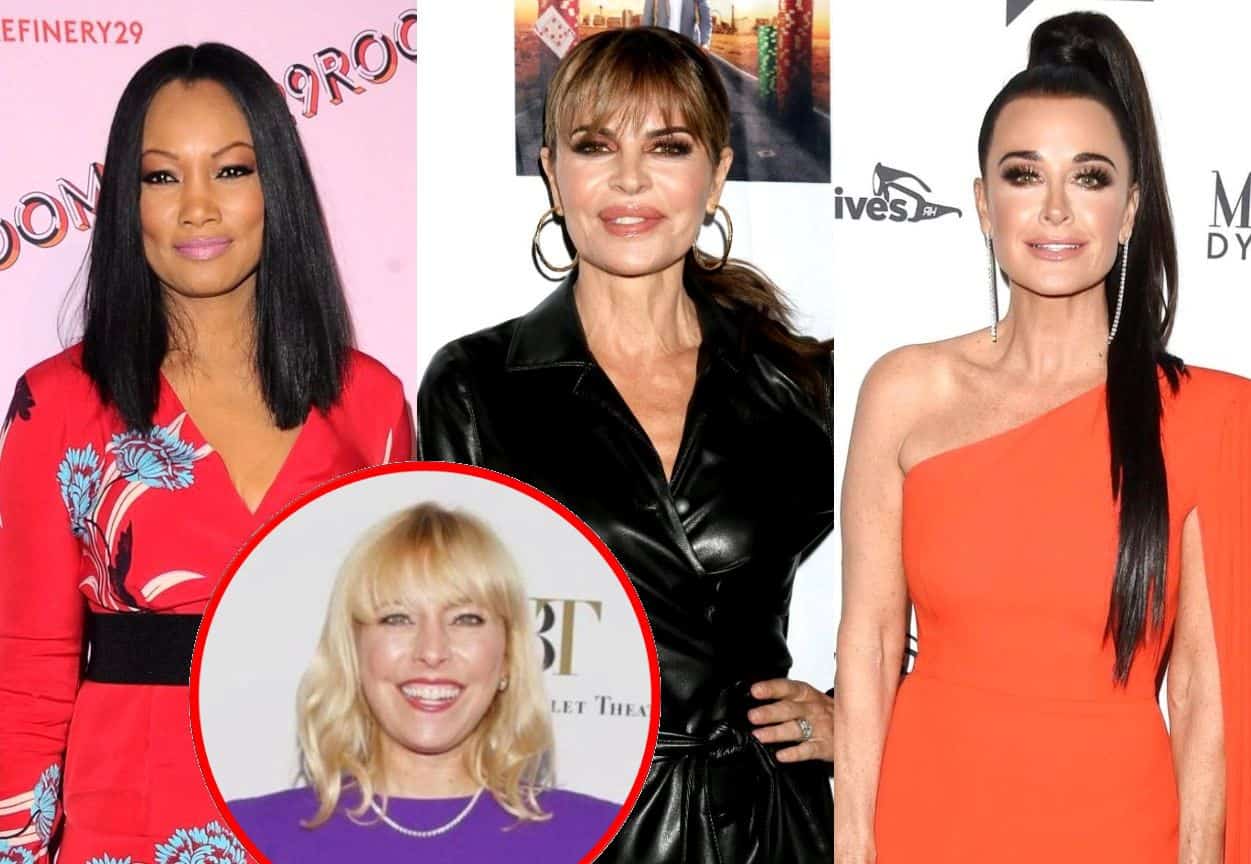 Garcelle Beauvais didn’t have many good things to say about Lisa Rinna during a recent interview.

Just two weeks into the new season of The Real Housewives of Beverly Hills, Garcelle confirmed that she and Lisa still aren’t in a good place with one another as she slammed her as the “most conniving” cast member and said she was most likely to share an off-camera secret on-camera.

According to Garcelle, Lisa is the most conniving cast member of RHOBH as well as the one who is most likely to start drama for the cameras.

“I would go back to Rinna. We got a couple of blondes in there. That’s all I’m saying,” Garcelle noted. “I think she definitely knows when the cameras are on, for sure. I mean, she started as an actor. She knows what she’s doing.”

Garcelle also said Rinna was the person who surprised her most during season 10.

“I’ve known her for 20 plus years, and on the show, she’s definitely different. But the show sort of wants you to amp stuff up so I think that’s where she was coming from,” she reasoned.

Moving on to the other ladies of the cast, Garcelle said Sutton Stracke was the funnest person to take shots with, named Dorit Kemsley as best dressed, and said Crystal Kung-Minkoff was most in need of a stylist.

“She brings it up but I don’t think that’s her norm. I think she’s much more casual. Her chic is much more subtle and we come out with it,” Garcelle noted.

Although Garcelle and Kyle Richards haven’t always seen eye-to-eye, fans watched as they got to a better place during Wednesday’s episode. Ahead of the show, Garcelle seemed to confirm that they are still on good terms, at least for the most part, by naming her castmate as the person who is most loyal.

“I would say Kyle… loyal to the women,” she stated before adding that she doesn’t yet know if Kyle is loyal to her. “The jury’s out on that one.”

When Garcelle was then asked which of her castmates was in need of a season off, she appeared to throw some slight shade at Kyle, the only RHOBH OG, by saying that all of the original ladies of the show should take a break.

“All the OGs, all of them,” she replied.

Garcelle then said that Sutton is the most genuine on camera.

“I would say Sutton,” she admitted.

Also during the interview, Garcelle was asked which of her castmates was most likely to get engaged to one of their co-star’s ex-husbands, like Porsha Williams recently did with Falynn Guobadia‘s ex, Simon Guobadia.

“Well only Sutton and I are single so it would be one of us,” she replied.