Eboni K. Williams on Where She Stands With Dorinda Medley, Reveals Least Educated RHONY Costar, Plus is Sonja Jealous of Luann? 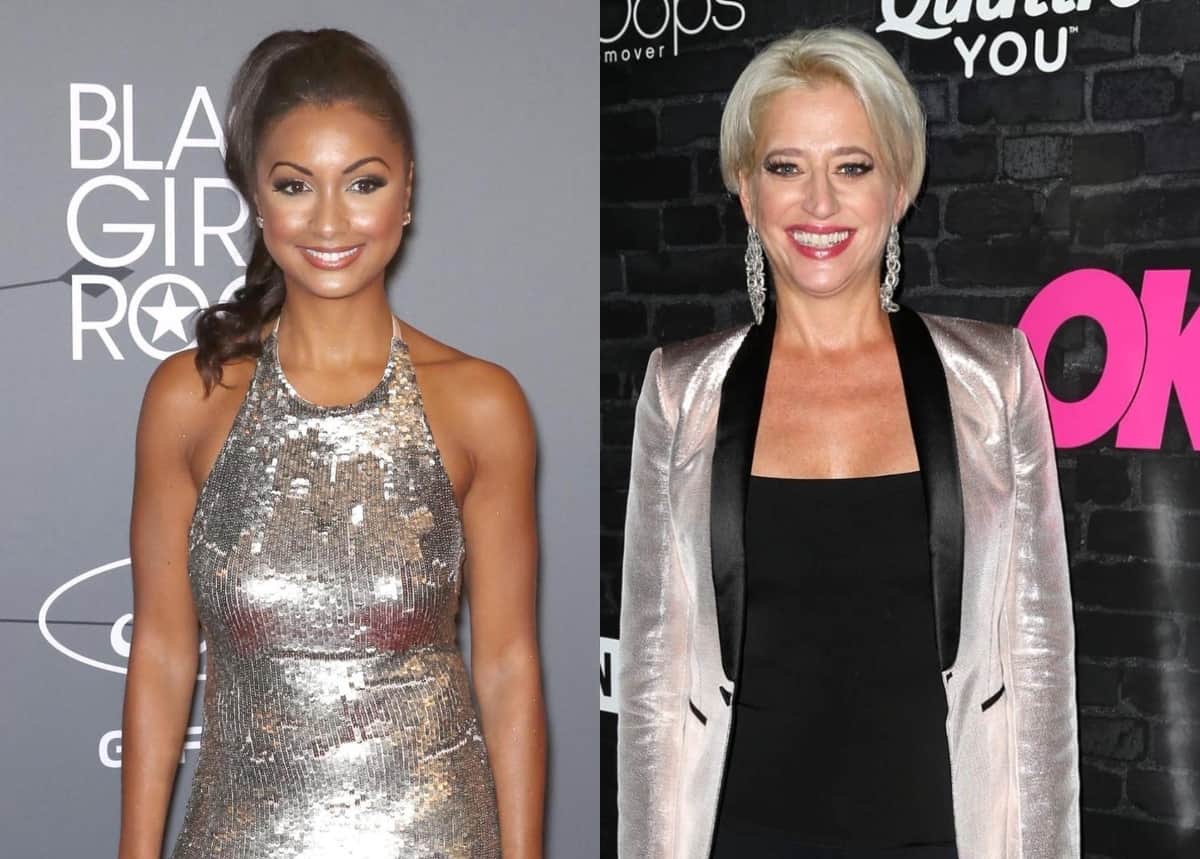 Eboni K. Williams shared Dorinda Medley‘s response to her addition to The Real Housewives of New York City cast during an appearance on Watch What Happens Live on Tuesday night.

Following the latest episode of season 13, which featured Eboni confronting Luann de Lesseps about the “angry” label she gave her, Eboni revealed her least educated cast member and shared if she truly believes Ramona Singer understands why her use of the phrase “the help” is offensive.

“I’ve not hung out with Dorinda but Dorinda was very, I think, classy and kind when I was announced as a new housewife for New York,” Eboni explained on the WWHL: After Show. “Dorinda DMed me and said that she wishes me well. She wished that we could have had a chance to work together and meet and that she felt I would kill it. So I thought that was a very class act.”

When a fan then mentioned Eboni’s comments about her extensive education and questioned her about who her least educated co-star is, Eboni said that title belonged to Leah Mcsweeney.

“Formerly, it would be my friend, Leah McSweeney. And I say that and Leah owns that,” Eboni shared. “And what I love about Leah, she doesn’t have a lot of paperwork and diplomas and all that, she’s a boss. And we all know that intelligence and formal education, work ethic and formal education, are not the same thing, she forewent the paperwork and she still got it done.”

During another segment of WWHL, Eboni admitted that when it comes to Ramona referring to people as “the help,” she doesn’t believe her RHONY castmate has learned her lesson.

“Hell no!” she proclaimed when asked.

As the episode continued, Eboni said she does think Luann has “1,000 percent” made a habit of going after people Sonja Morgan has already dated and added that she doesn’t believe Sonja is jealous of Luann’s since-ended relationship with Garth Wakeford.

Also on the show, Eboni agreed that Leah was unfairly unwelcoming to Heather Thomson during their trip to The Hamptons, at least at first.

“Leah was doing a lot. I think eventually, there was a good reason. But she was a little hot off the take,” Eboni stated.