RHOBH’s Brandi Glanville Shades Erika Jayne’s Documentary and Says She Was Asked to Participate, Talks Reaching Out to Denise Richards After She ‘Liked’ Photo 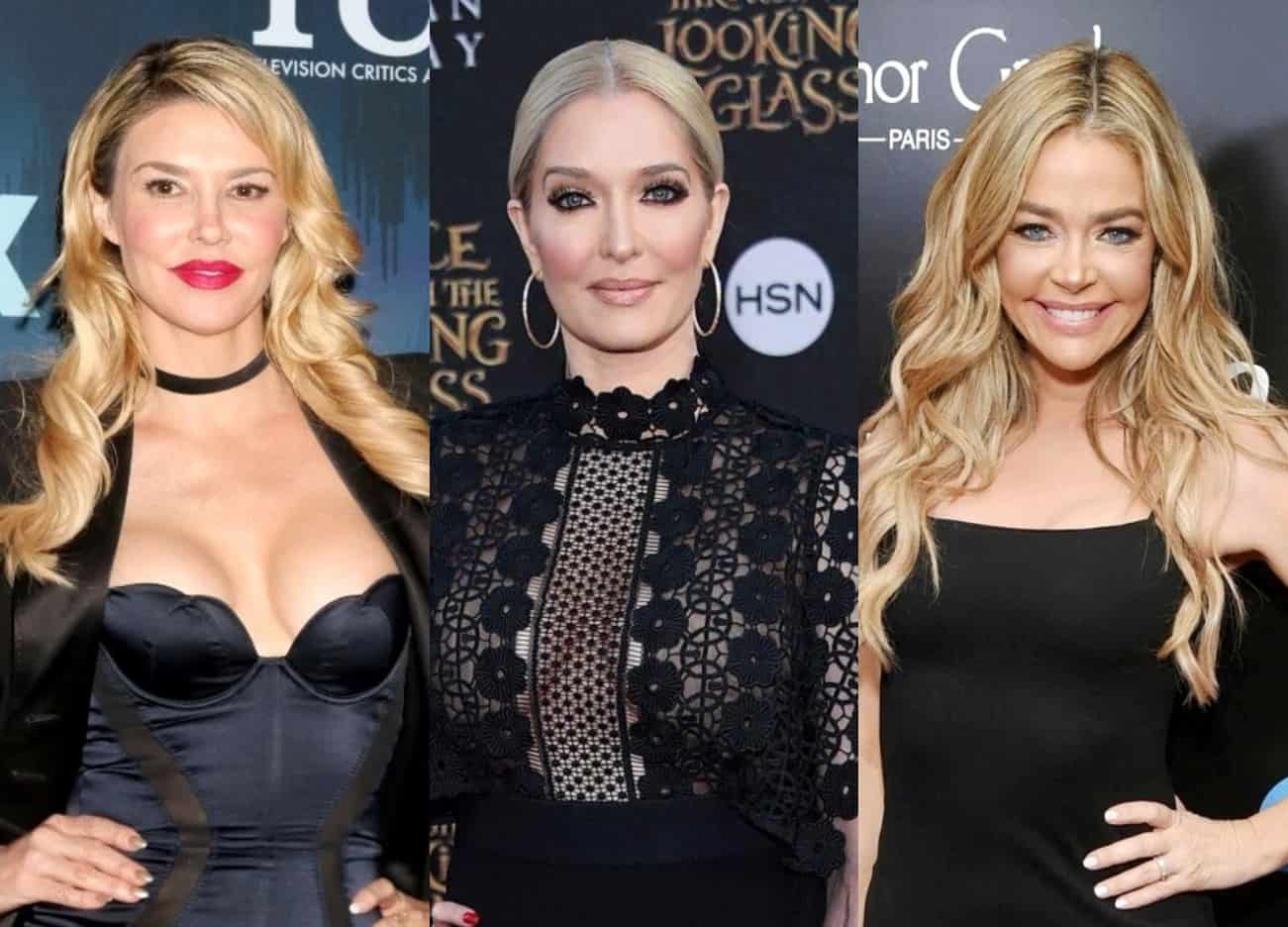 Brandi Glanville is revealing her thoughts on The Housewife and the Hustler, a documentary about the alleged crimes of The Real Housewives of Beverly Hills star Erika Jayne and her husband, Thomas Girardi, during the latest episode of her podcast.

Before reacting to Denise Richards‘ recent “like” of one of her Instagram photos and confirming she reached out to her former castmate online, Brandi said she was approached about the doc and explained why she ultimately decided to turn down the opportunity.

After revealing her manager approached her with an unpaid opportunity on the June 25 episode of Brandi Glanville Unfiltered, Brandi said that because she didn’t initially have all of the information, she didn’t immediately know what she was being enlisted for.

“I did not have all of the information at the time but we found out that it was for the Hulu doc about Erika Jayne-Girardi,” she explained.

Although Brandi turned down the opportunity because it was unpaid, she said she wouldn’t have done it even if she were offered a salary.

While Brandi admitted there were “some interesting things” revealed in the documentary, she found it odd that her ex-husband Eddie Cibrian‘s wife, country singer Leann Rimes, was included.

“They cut to a picture of Leann singing and they showed it for a while. Leann told me she used to go and sing for them. She’s like, ‘Oh yeah, I met them a lot over the years.’ And I thought it was kind of shady. Listen, she’s just there to play a gig,” Brandi noted.

As for her thoughts on Denise liking a photo she recently shared of her modern family with Eddie and Leann, the former RHOBH cast member said she was left “in shock.” After all, Denise completely cut her off after learning she had gone public with their supposed hookup on the show.

“I literally was like, ‘What?’ And I checked it out and I was like, ‘This is the most public olive branch of all time if that’s what this is,’” she recalled.

Following the “like,” Brandi reached out to Denise via DM, but she hasn’t yet heard back. That said, she would like to have a conversation with her at some point.

“I’m perplexed by the whole thing. I mean, I would love to talk to her and have the conversation that we’ve never had,” Brandi noted. “I have a soft spot for her. She did cancel me from the reunion. She’s done a lot of things that were not nice to me but… I feel like something positive could come out of [the ‘like’], even if it’s just a conversation and deciding either we’re going to be friends or we’re just not.”

Brandi went on to say that the many “horrible things” Denise said about her following their alleged affair were likely stated in an effort to protect herself.