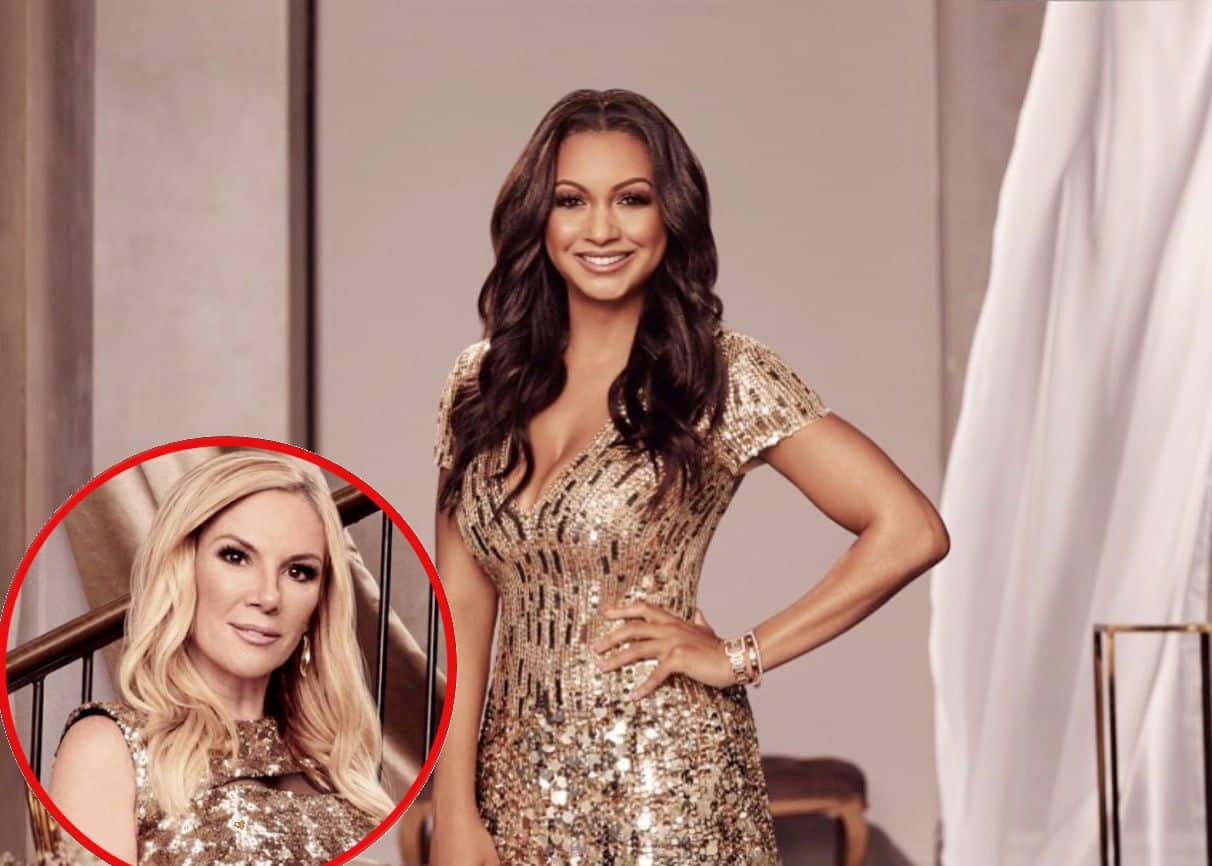 During an interview earlier this week, Eboni looked back on the moment she nearly walked away from the series before sharing where she stands today with Ramona Singer and explaining why she felt like Ramona was gaslighting her during their conversation at Ramona’s apartment.

“That conversation at Ramona’s house, one on one, it was probably the one and only time I almost stopped filming,” Eboni revealed on the June 30 episode of The Breakfast Club. “In a way that made me say, ‘Okay, everybody [including her production team and Bravo], this was a noble effort. I think everybody came with good intention. I think we might have made a huge mistake.’”

According to Eboni, she felt that her conversation with Ramona was a “Come to Jesus moment,” and because of the potential toxicity involved in their chat, she felt that the show may not be for her.

“We literally had an emergency conference call, super late-night, because at some point, this becomes irreparable harm and I don’t need to be on TV that bad,” she shared.

Luckily, as she attempted to do the right thing both for herself and for those watching, Eboni had the full support of her production team, who she said were “productive and supportive of solution” throughout filming.

Because of the weight of educating she felt on the recently aired episodes, and the backlash that often followed, Eboni announced a social media hiatus earlier this month, telling her fans and followers that she didn’t want to expose herself to the terror that often takes place on Instagram.

“I took the break because when we sign up to be in these spaces, there’s going to be an invitation to commentary. But abuse is something else,” she pointed out. “So I don’t think we have to expose ourselves to vitriol and some of that is out there with this particular RHONY fandom.”

Speaking about her heated conversation with Ramona at her home, Eboni shot down the idea that her castmate simply didn’t want to speak about politics.

“Ramona’s at Mar-a-Lago every day. So [she] don’t not care about politics,” Eboni stated.

Eboni then said that she disagreed with the idea that she was trying to have a political conversation.

“I was trying to have a conversation with Ramona about the advancement of women’s rights. Obviously, I know Ramona and I did not vote for the same person on that ballot. I don’t give a sh-t. What I was trying to get to was an understanding of that woman’s value system,” Eboni explained.

“Because going back to ‘friends,’ I can’t be friends with someone unless I know we have basic fundamental shared values, that we have the same position on the basic value of human worth, of women’s equality in society, of the full liberation of Black people in this nation,” she continued. “Once I get clear on those things, I can build a relationship with anybody. So my line of questioning when I walked into this women’s house still getting to know her was to say, ‘F-ck the partisanship, f-ck the politics. How about we in this moment as women, and you as a mother to a daughter, can we celebrate the fact that a woman in this country has done something that no other woman in American politics has ever done?’”

Unfortunately, Ramona wouldn’t meet her halfway, and ultimately, Eboni noted that as a red flag.

“That’s when I said she’s gaslighting. You’re trying to make a human interest issue about politics to avoid it,” Eboni said.

When Eboni was then asked if she and Ramona are friends at the moment, she told hosts Charlamagne tha god and Angela Yee that they’re still “getting to know each other” before explaining why she was initially amused by Ramona’s photo with her Black friends.

“At that time, my naive -ss was like, ‘Sure, okay.’ And I just thought it was a cute picture,” she noted.