Home Reality TV News Tom Sandoval Shades Tom Schwartz on Instagram and Hints at Feud as James Kennedy Reveals the “Next Real Duo” of Vanderpump Rules, Plus Katie Maloney and Fans Weigh in

Tom Sandoval Shades Tom Schwartz on Instagram and Hints at Feud as James Kennedy Reveals the “Next Real Duo” of Vanderpump Rules, Plus Katie Maloney and Fans Weigh in 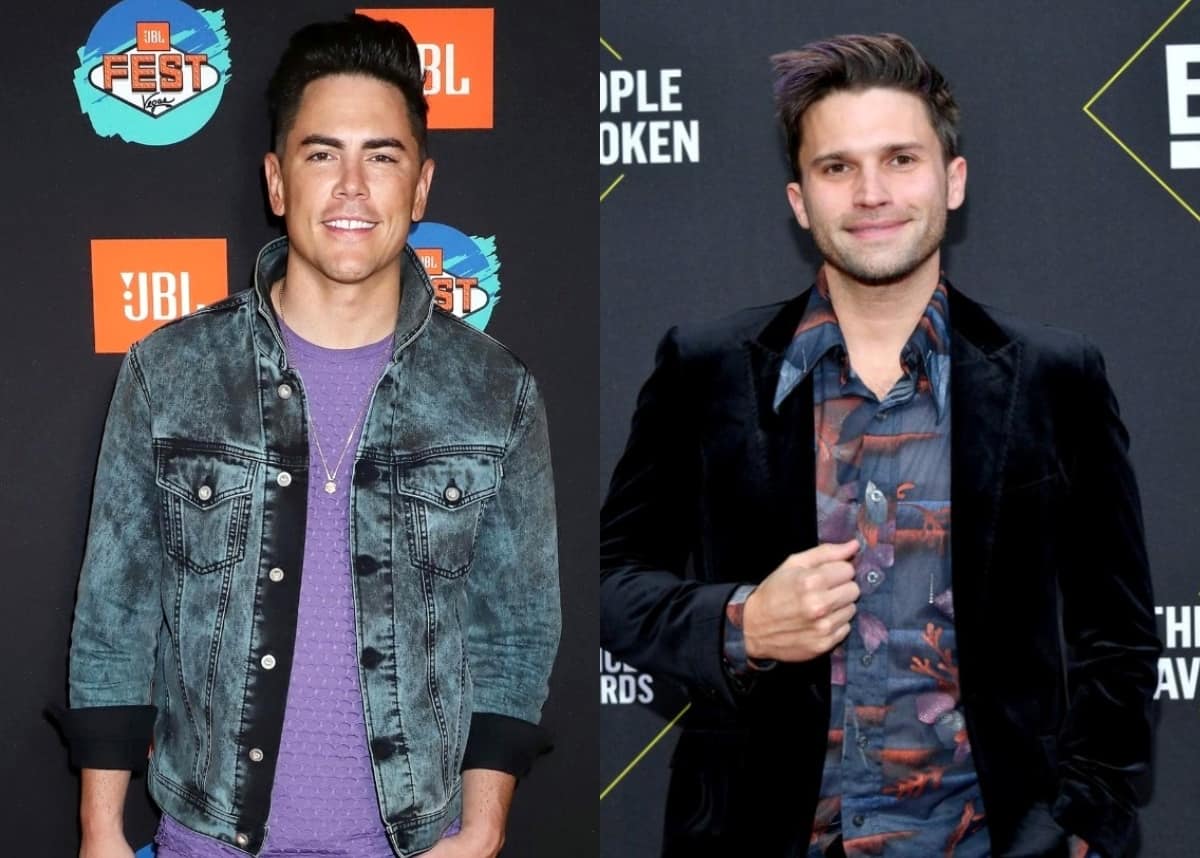 Have Tom Sandoval and Tom Schwartz called it quits on their years-long friendship?

After attending the launch of Lala Kent‘s beauty line, Give Them Lala Beauty, on Wednesday, the Vanderpump Rules cast member took to his Instagram page on Thursday night, where he shaded Schwartz with a photo of himself and his “new bestie,” Brock Davies.

“Real friends don’t leave u hangin! #newbestie #outwiththeoldinwiththenew #newpartners #parnersincrime,” Sandoval wrote in the caption of his photograph, which was taken inside of a gym. 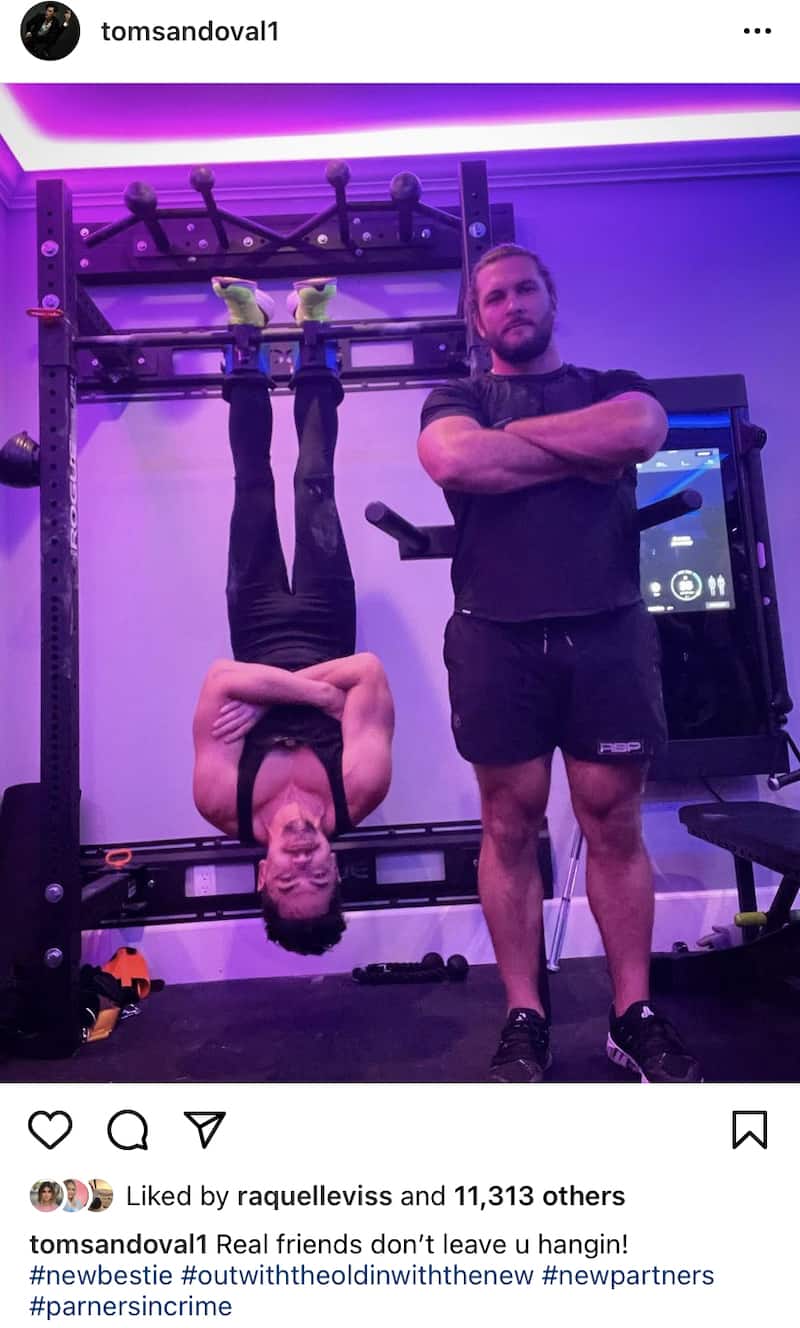 In the comments section of Sandoval’s post, fans were immediately taken aback at the potential split between Sandoval and Schwartz.

“Are you cheating on Tom Schwartz? You two better still be friends! I’m not sure I could handle that breakup,” one Bravo fan page wrote.

As commenters continued to wonder about the possible drama between the longtime friends and Pump Rules co-stars, James Kennedy responded to Sandoval’s shade with a photo of himself and Schwartz in a DJ booth.

“The next real duo…” he wrote in the caption, along with a shushing face emoji. 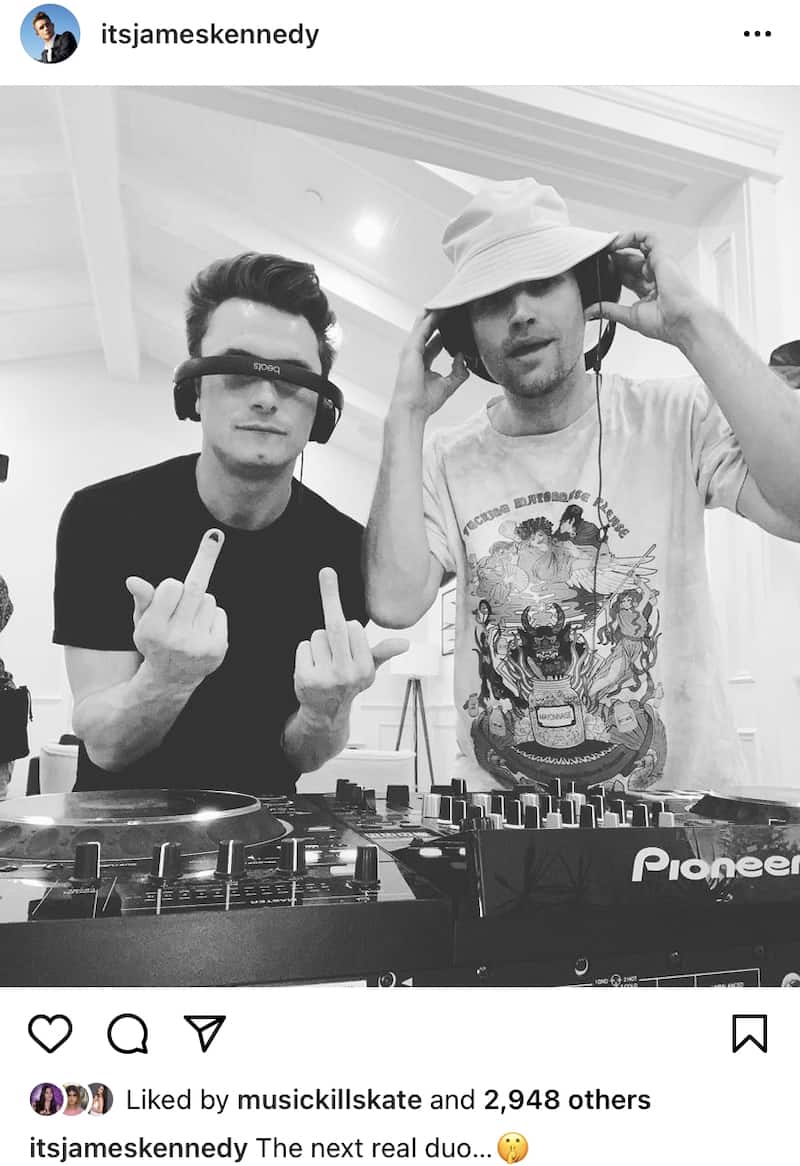 “I love a mess,” she said, along with a series of laughing while crying emoji.

Then, in his own comment, James clarified that his message was, in fact, a direct reaction to the photo Sandoval shared of himself and Davies, the boyfriend and baby daddy of Scheana Shay.

“If you confused about this post go peep Sandoval’s last,” he stated.