Brittany Cartwright “Sad” She’s No Longer on Vanderpump Rules, Opens Up About Body Struggles as Jax Says He’s a “Stickler” With Their Son 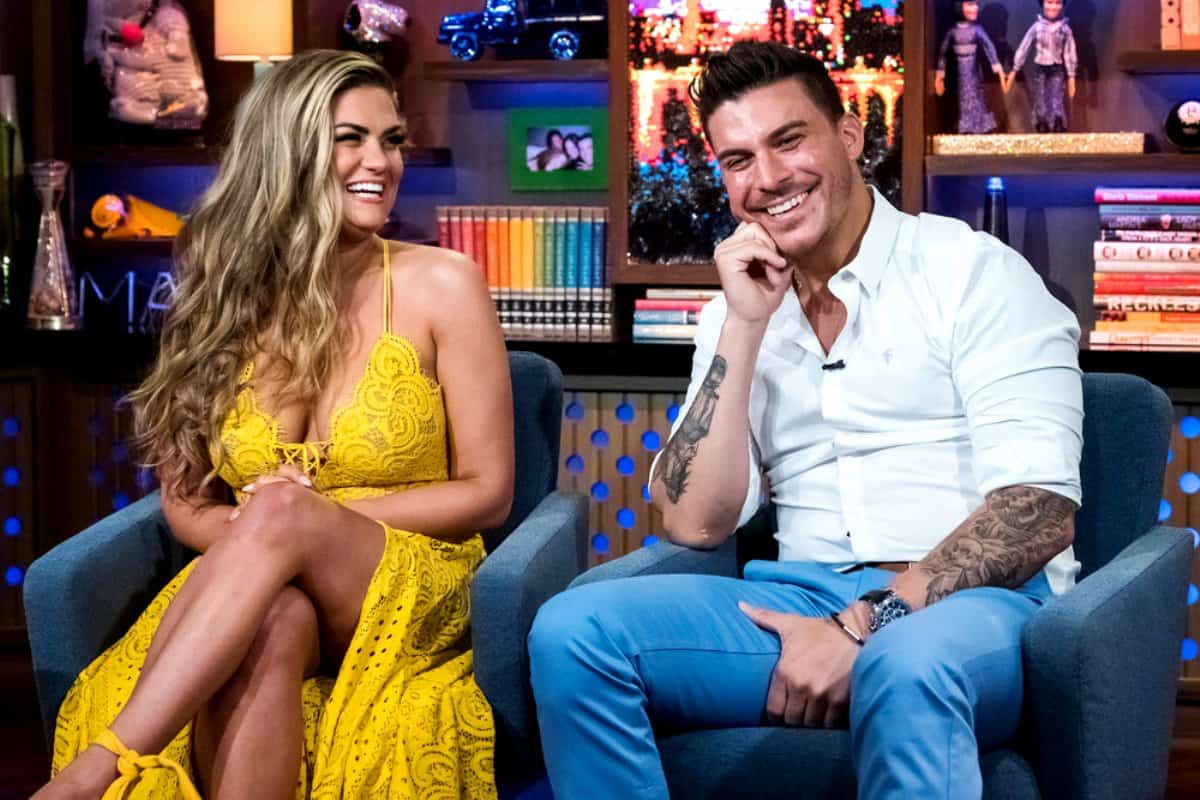 Brittany Cartwright is still digesting her exit from Vanderpump Rules.

Months after she and Jax Taylor confirmed they would not be participating in the recently filmed ninth season, Brittany admitted she was “sad” after being unable to share the arrival of her first child, son Cruz Michael Cauchi, with her many fans.

“It is kind of crazy that this is such a huge milestone and it’s not on camera because our wedding was. And Jax has been on there for like 10 years,” Brittany revealed to E!’s The Daily Pop on July 19. “I do have FOMO if I see pictures of everybody together.”

Meanwhile, Jax said he isn’t sad “at all” and deemed their exits from the show as a “blessing.”

Although Brittany misses filming, she said it would have been stressful for her to film while pregnant.

“It’s so stressful going through your different weight gains. I cry all the time trying on outfits because my body’s so different. I don’t know how to dress myself right [and] I couldn’t imagine having to do that every single day,” she admitted.

Since welcoming son Cruz in April, Brittany and Jax have understandably had their hands full. Still, they can’t remember life before him.

“I can’t remember not having him. It’s gotten to that point already. We just love him so much. We love having him around. I can’t picture life before him,” Jax gushed.

“He’s only three months old and it just feels like he’s always been here,” Brittany agreed.

While Jax hoped to welcome his first child soon after he and Brittany wed in June 2019, he said that having Cruz amid the coronavirus pandemic was actually a blessing in disguise.

“It was [the perfect time]. Because you don’t really have to be anywhere. You don’t have any obligations and you can rest,” he shared.

“Especially when you’re sick every single day. It’s not like you’re meeting your friends for lunch or dinner or missing out on everything. I was able to chill,” Brittany noted.

Also during the interview, Jax said that when it comes to his parenting, he’s the “stickler.”

“I’m the stickler, believe it or not,” he confirmed. “We’ve only left him once and it was with her mom. This is the second time we’ve left him. I haven’t gotten comfortable yet getting a babysitter. I’m not there yet.”