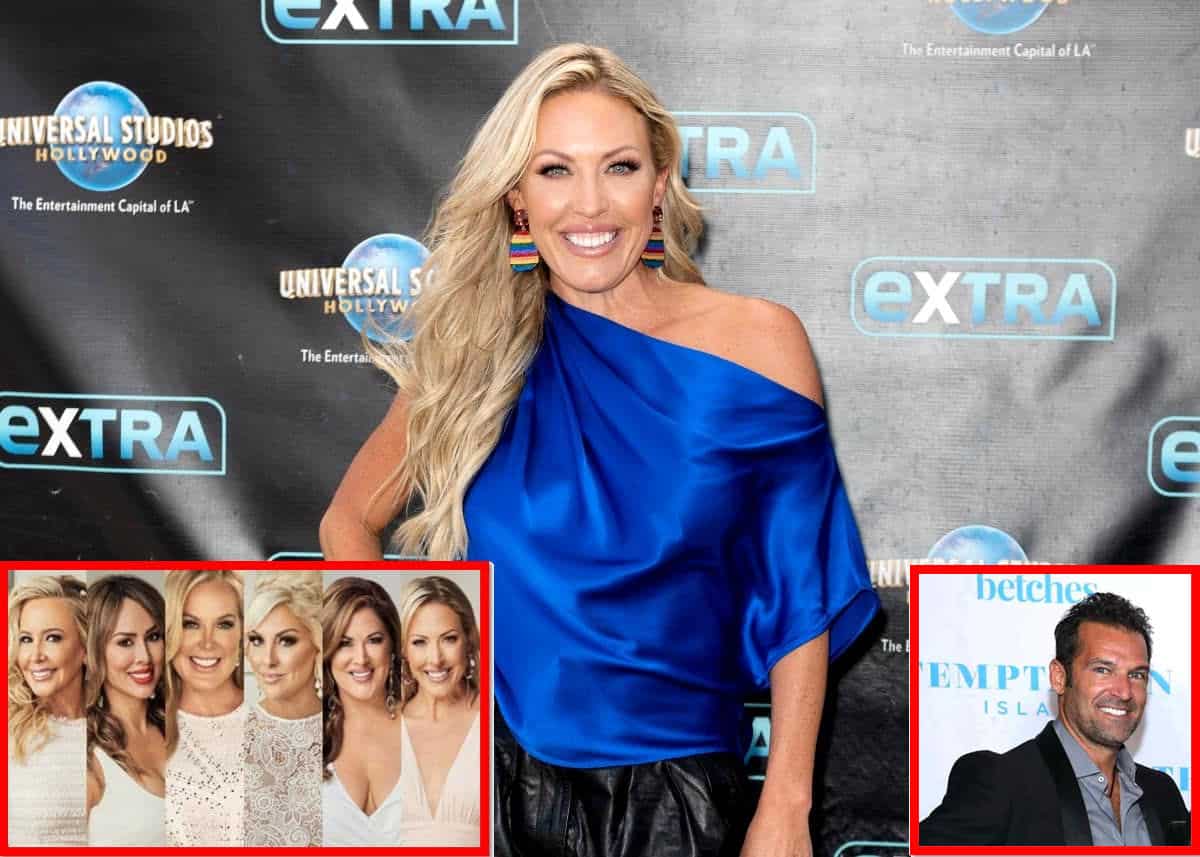 As her estranged husband, Sean Burke, came to her defense regarding the $45,000 eviction lawsuit filed against them, Braunwyn took to her Instagram Story. In her Story, she put her ex-co-stars on blast by suggesting they continuously talk about her in an effort to remain in the headlines.

“I’ve gotten a lot of DMs and a lot of questions and I kind of just need to address it at this point,” she began in a video shot on the beach in Hawaii. “I don’t know why [Emily Simpson] and [Gina Kirschenheiter] and [Shannon Beador] posted photos with my ex-best friend Shari with cheeky little captions. I don’t know why they keep posting about this lawsuit, which I only found out about a week ago and they seemed to know beforehand. I don’t know. I don’t know why Emily keeps posting [a] podcast with [Elizabeth Vargas]. I don’t know why my friends were hired and I wasn’t.”

According to Braunwyn, she’s frequently referred to as “thirsty” when it’s actually her former castmates who are doing the talking.

“All I know is I’m the one that gets called thirsty and yet I don’t ever post about them. Never,” she insisted. “I’m off the show… and I think that they just can’t let it go.“ 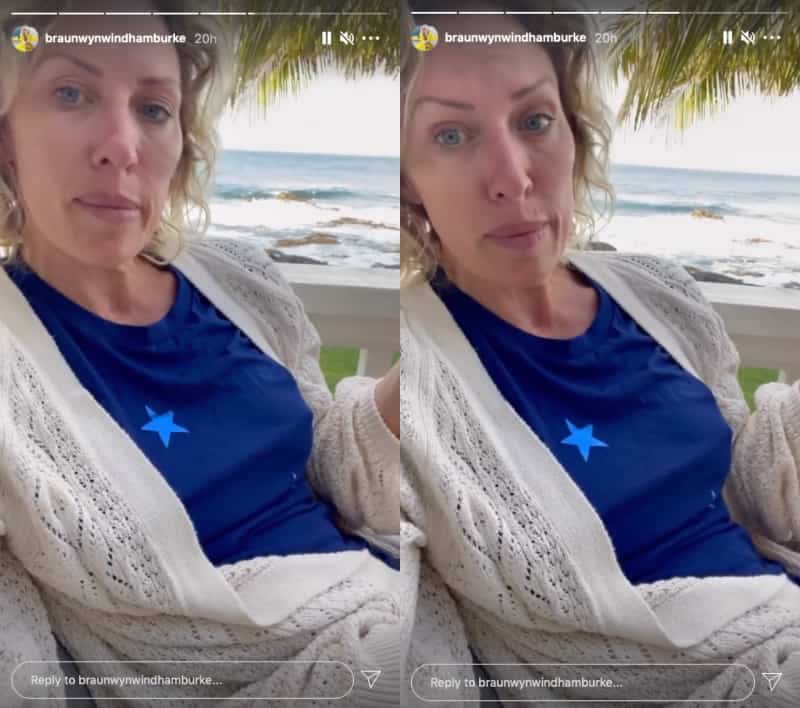 Braunwyn continued her rant against the RHOC cast by accusing them of posting about her to keep their names in the press.

“If you want to post about me to get your name in some headline, I guess whatever but it’s not going both ways. I’m doing my own thing… and at this point, it’s getting a little weird. If this is going to be your schtick for the next year, come on, you do you. Go live your own life,” she advised.

Braunwyn then took to her main page, where she fought back against claims of being “thirsty.”

In other news, Sean recently took the blame for the eviction lawsuit filed against them earlier this month.

“[Braunwyn] is not involved in this matter at all,” he told Page Six on July 20. “It has been made clear repeatedly that I am in control of all financial matters, which includes rent. We were both unaware of a civil case filing until it was published online.”

Braunwyn and Sean were sued over their apparent failure to pay three months’ worth of rent, totaling $45,000, on the $6,795,000 Newport Beach home they were living in throughout RHOC season 15. However, according to Sean, he and Braunwyn do not owe $45,000.

“This is a matter of a maximum $7,500 discrepancy, due to the substantial security deposit held,” he explained, adding that while the situation is “unfortunate,” he believes it will be “easy to reconcile and resolve.”

Braunwyn and Sean, who filed paperwork on Friday asking for the eviction lawsuit to be dismissed, announced their “trial run separation” days before the case was made public. They revealed that the former RHOC cast member would be moving to Hawaii as Sean remained in Orange County, where he’s currently residing in a home owned by a friend of Braunwyn’s girlfriend, Fernanda Rocha.