Home Real Housewives of Orange County News Kelly Dodd Feels Andy Cohen Never Forgave Her For This Comment, Reacts to Him Being Criticized for Giving Erika Jayne a Platform, and Talks RHOC Firing

Kelly Dodd Feels Andy Cohen Never Forgave Her For This Comment, Reacts to Him Being Criticized for Giving Erika Jayne a Platform, and Talks RHOC Firing 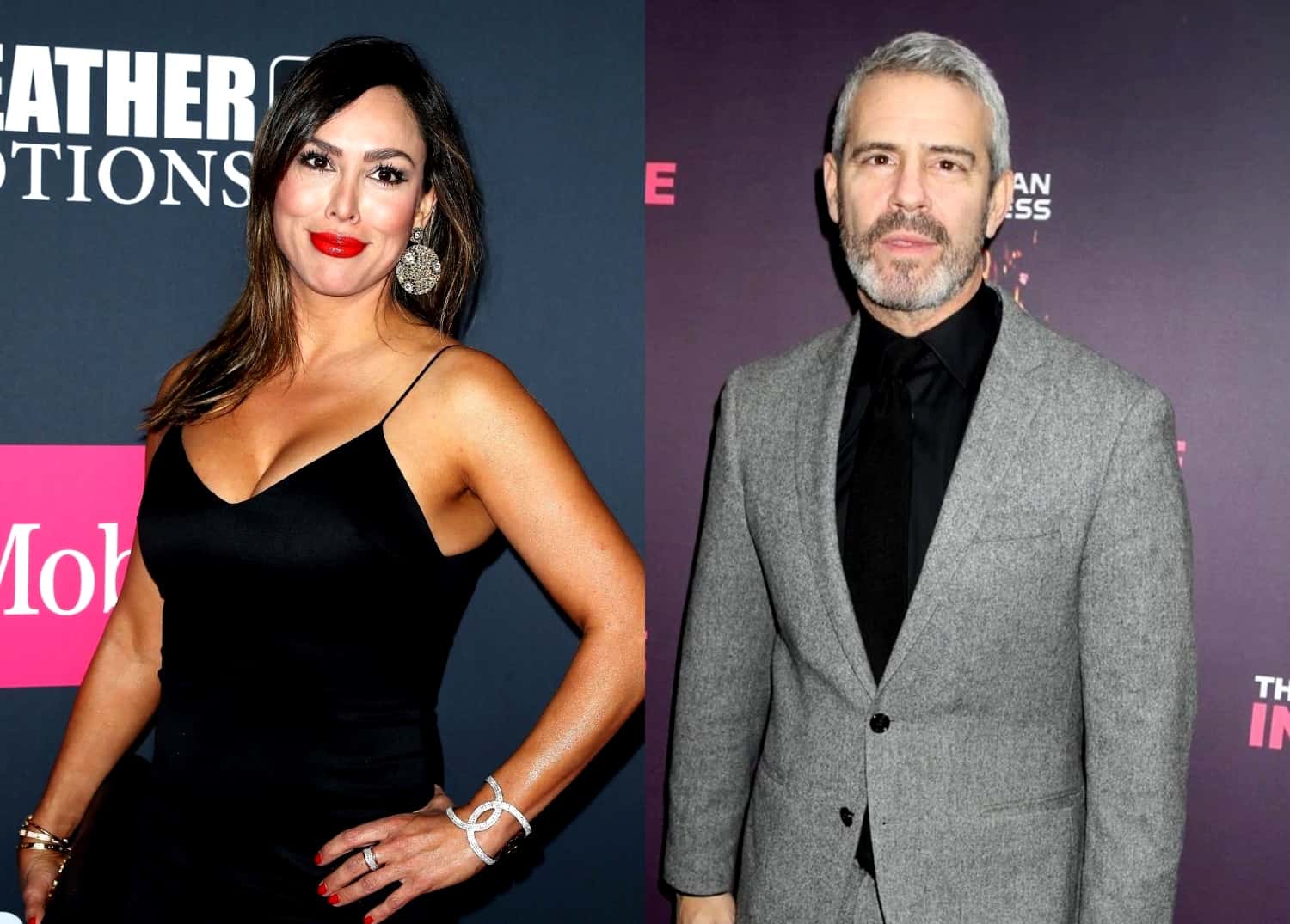 Kelly Dodd has returned to Twitter with a vengeance.

After taking a weeks-long hiatus from the social media platform, the Real Housewives of Orange County alum shared why she believes Andy Cohen has been holding a grudge against her before responding to a series of fans who spoke about his alleged double standards and her June departure from the show.

“Andy never let this go. Let’s be honest,” read the caption of a video clip shared by a man named Andrew and retweeted by Kelly.

In the clip, which featured the RHOC season 15 reunion, Kelly was seen telling host Andy that fans had been complaining that he’s “anti-American.” 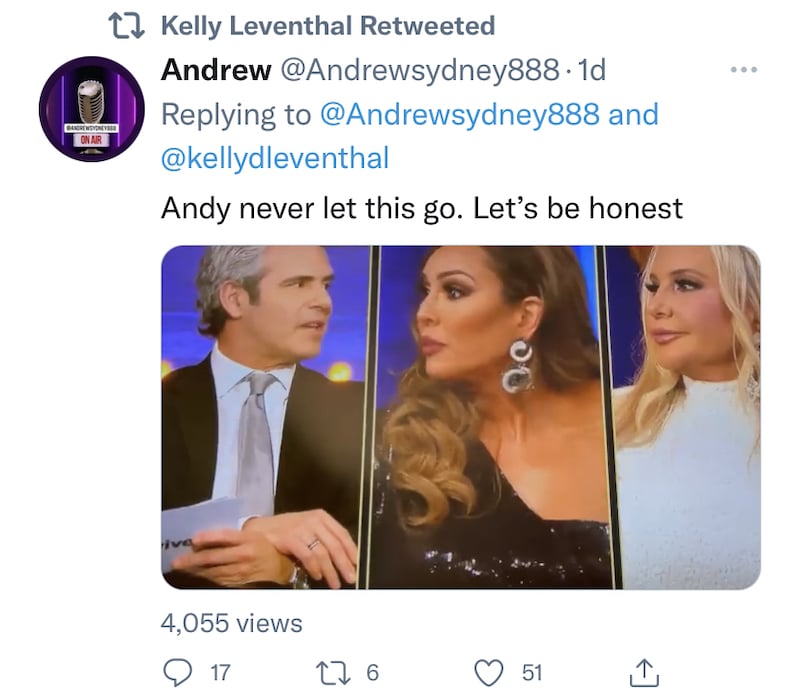 Another Twitter user went off on Andy for allowing Erika Jayne to remain on The Real Housewives of Beverly Hills cast after she and her estranged husband, Thomas Girardi, allegedly used his client’s settlement money to fund their luxurious lifestyle.

“You get fired but disgusting grifter Erika Jayne who spent money ripped off from disaster victims on luxuries for herself gets a platform [RHOBH],” the fan told Kelly. “And Andy defends her on [Watch What Happens Live]. Gross! You and [Rick Leventhal] are the best I’m so sorry to see you go you’re a truth teller.”

“So nice… thank you,” Kelly shared. 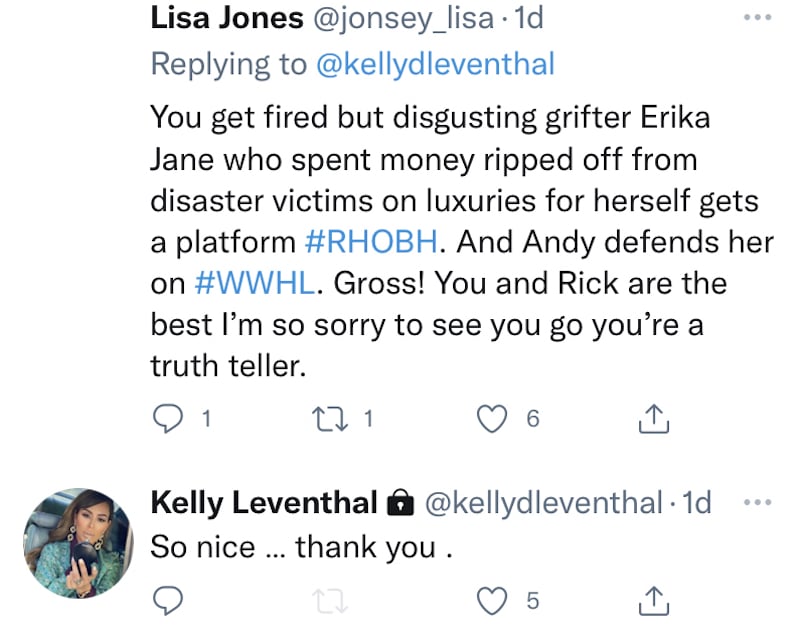 Another fan wrote, “As much as I would like to say no, I just can’t you always bring the drama. Should stay with the group of [Vicki Gunvalson], [Tamra Judge], [Shannon Beador], [and Heather Dubrow] and stop trying to change the cast every season. Also politics shouldn’t [be] included as a reason to sack [someone]. Just don’t bring it on the show.” 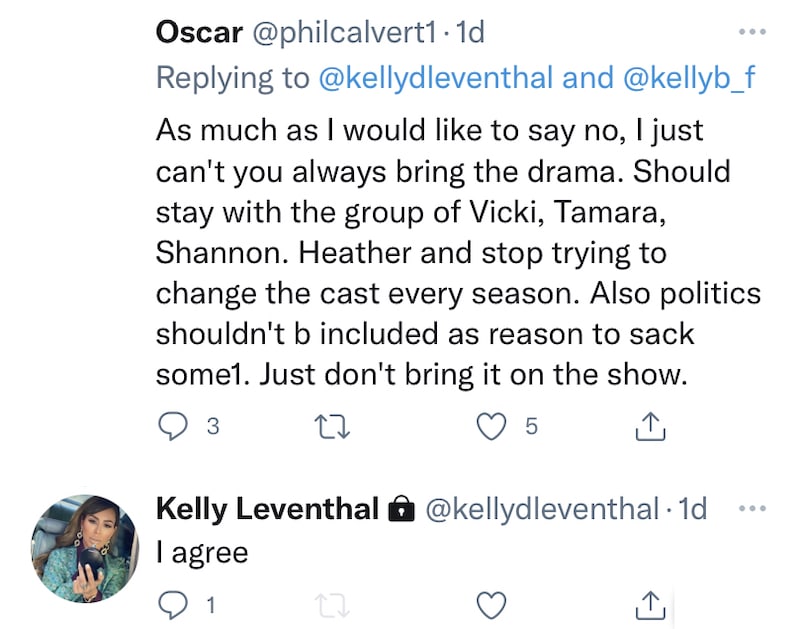 A fourth person responded to a poll that asked if “it was time” for Kelly to be fired by suggesting that her exit was politically fueled.

“No [ma’am] it wasn’t time,” he replied, and Kelly retweeted. “It was [Bravo]’s way of saying ‘conservatives’ are bad [and] you marrying one was the icing on the cake. You brought a lot of us back to watch and understand truth instead of lies. You have brought what most Housewives long for; openness, truth & realness.” 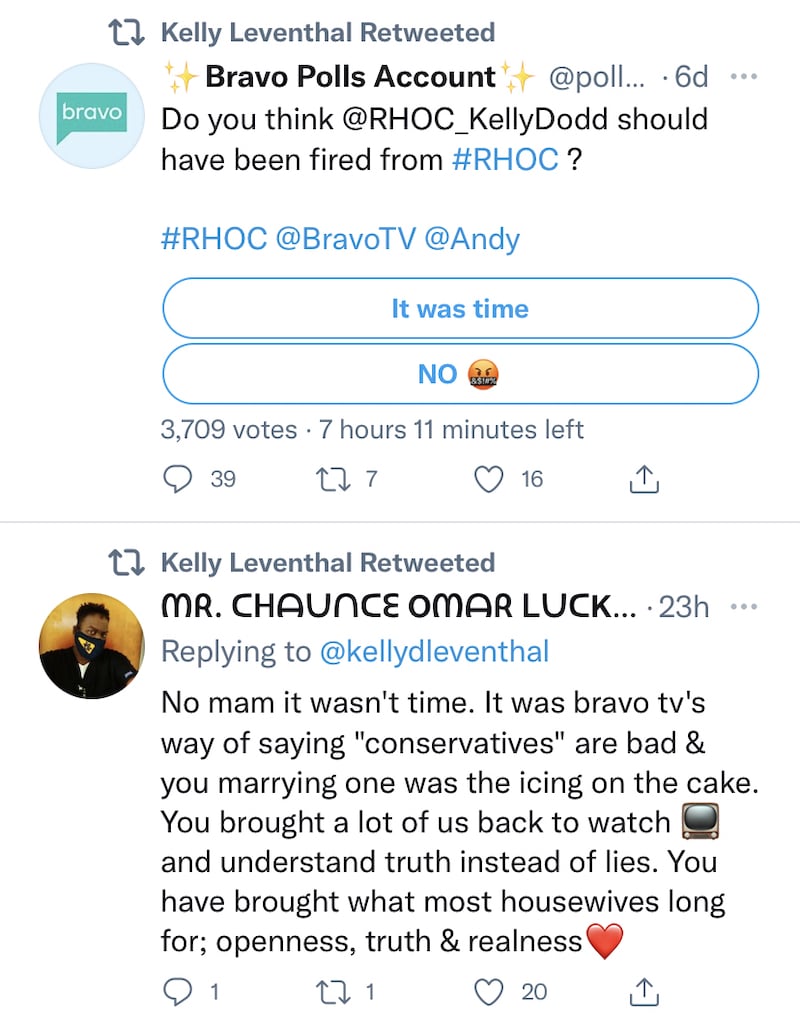 The Real Housewives of Orange County season 16 is expected to premiere on Bravo sometime later this year or early next year.