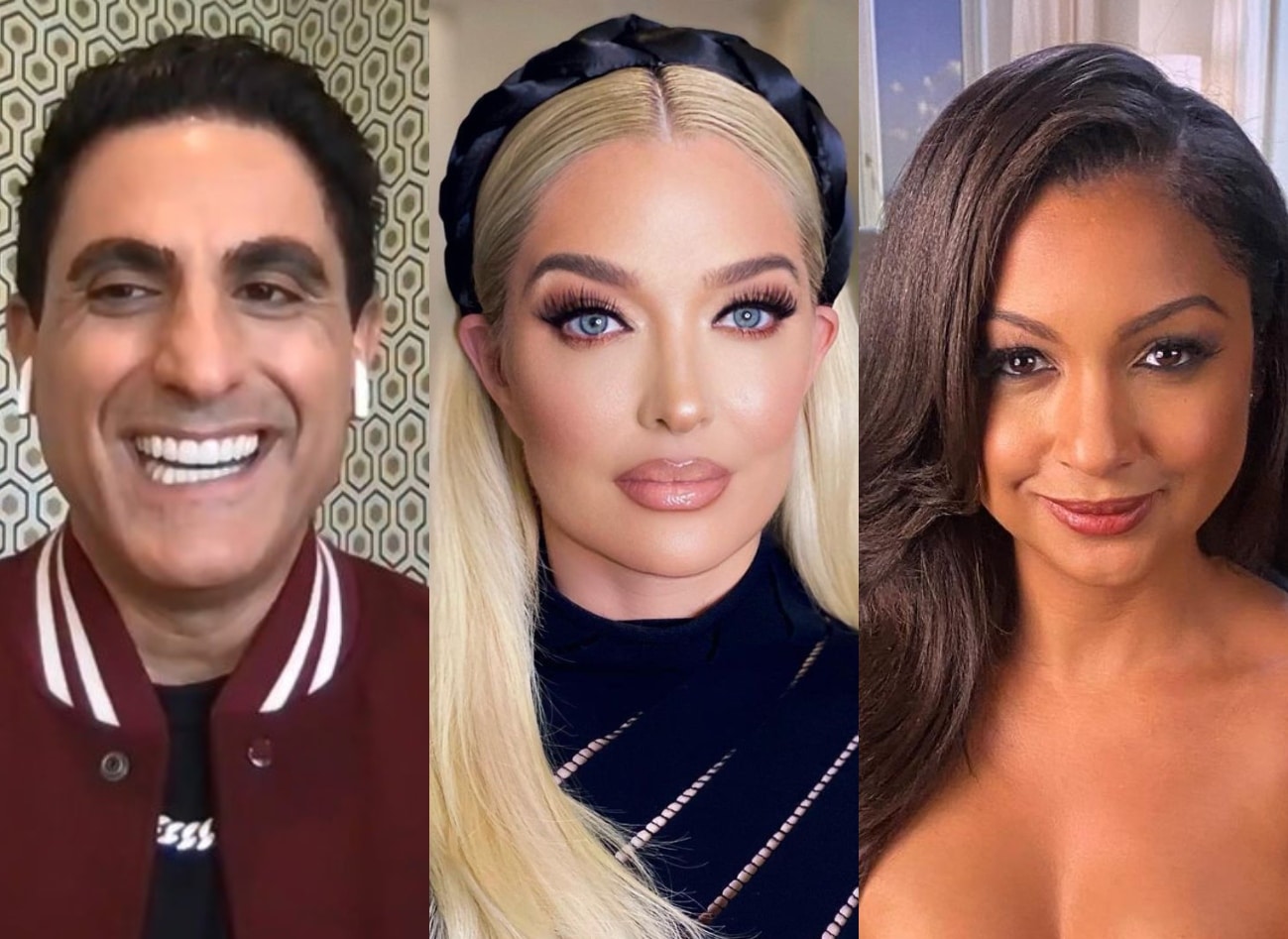 Reza Farahan appeared on Sunday night’s episode of Watch What Happens Live, where he shared his thoughts on a number of hot topics pertaining to Bravo’s most popular shows.

“A lot of things bother me and I hope all of it’s untrue,” Reza told Andy Cohen when asked about the allegations Erika and her estranged husband, Thomas Girardi, are facing, which include claims of ripping off his clients for millions, on the August 15 episode of WWHL.

As for claims of Eboni being too preachy on RHONY, Reza said the label was “100 percent” unfair.

“The white privilege is unbearable! And thank you for Minkoff and Eboni and all the non-white Housewives,” he added.

In addition to confirming he was on board with Crystal Kung-Minkoff‘s addition to the RHOBH cast, Reza said he was “of course” on “Crystal’s side” in regard to her claims of being violated by Sutton, who walked into her room while she was naked during their trip to Lake Tahoe.

Moving on to the drama between Gizelle and Karen, Reza revealed he is “Team Karen.”

“I think Gizelle is mean to Karen and she needs to open her heart to Karen because Karen is bringing the fire this season,” he advised.

Also during the segment, Reza said Leah McSweeney’s brother is “hot” and noted that he’s “obsessed” with both Kathy Hilton and Mia Thornton.

“I was interested in the clit surgery but I’m glad now it’s not clit surgery it’s vaginal rejuvenation. But I love her and I love G and the whole situation,” he shared.

Meanwhile, during another part of the show of WWHL, Reza spoke of Mike Shouhed and Paulina Ben-Cohen‘s relationship by suggesting Paulina intentionally dragged Destiney Rose into their drama before attempting to cover her tracks.

“I think that there was a point where Destiney was the keeper of the information and [Paulina] needed Destiney to know stuff but then once she realized, ‘Okay, I’m going to make it until the end,’ then it was like, ‘I don’t remember what I told Destiney,’” Mike suspected. “It’s like, ‘No, girl, you do remember, you can’t always be drunk but we’re going to let it slide.”

Also on the show, Reza slammed Mike and Paulina’s appearance on last week’s WWHL as “uncomfortable.”

The two-part Shahs of Sunset season nine reunion begins airing next Sunday at 9/8c on Bravo.