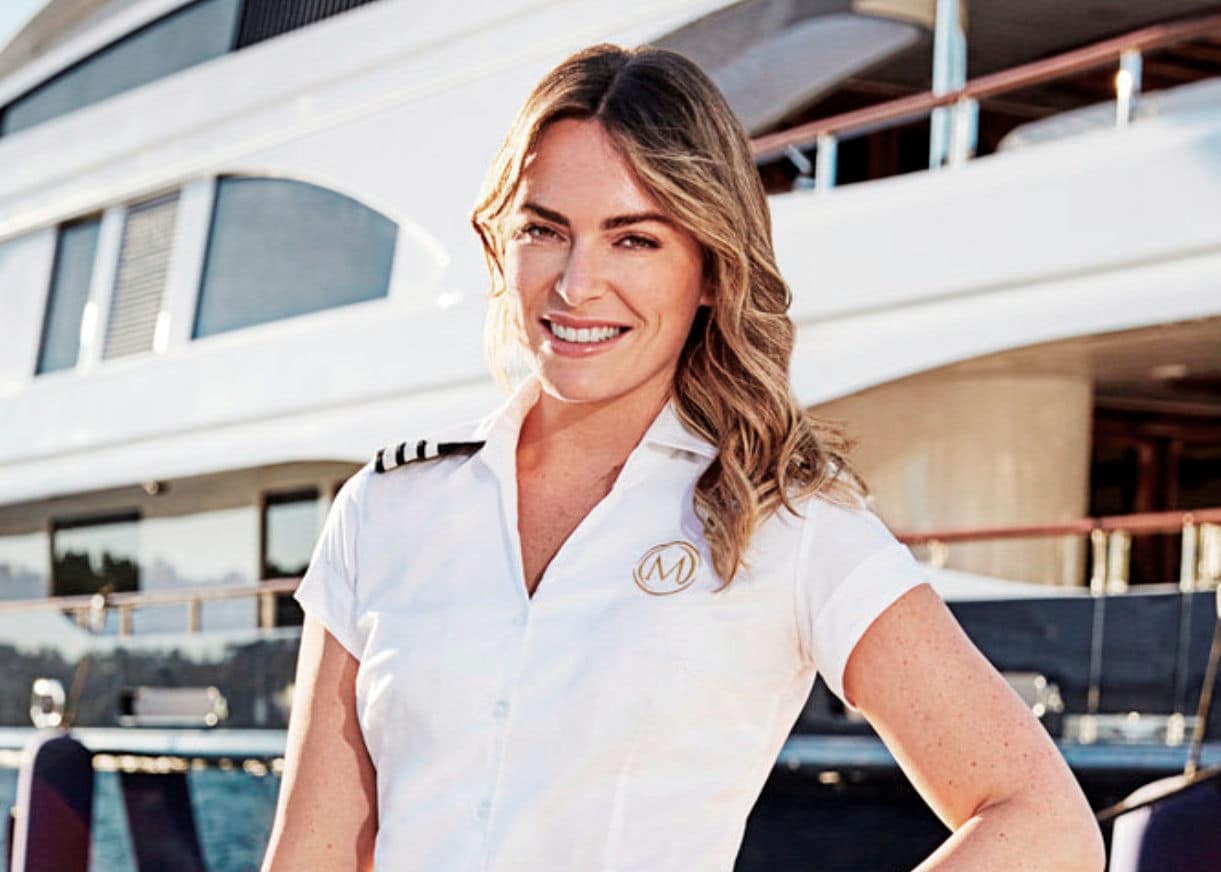 Below Deck Mediterranean star Katie Flood is addressing the negative feedback her interior team received from a recent charter guest before explaining why her decision to bring on a fourth stew was so “daunting.”

After second stew Lexi Wilson made a few mistakes on charter, including forgetting to set the breakfast table properly and failing to serve the guests drinks during her morning shift, the primary guest called the interior crew out for their “lack of attention.” Though it was clear on the August 23 episode that Katie was rather bummed following the guest’s remark, she recently shared she was  “fuming” inside because the negative feedback was a first for her.

“I’ve never heard that before. I was fuming inside,” she revealed on the Below Deck Mediterranean: After Show. “I don’t remember what my facial reaction was, but I remember inside was just, like, burning. I was so angry!”

“To get a comment like that from a charter guest, a repeat charter guest, it’s like embarrassing for me,” she continued. “It’s, like, so embarrassing because I feel like I work my *ss off. I sacrifice myself and my breaks for my interior team. And to get that in return, it’s, like, pure disrespect. And it was all because of one person.”

As for how Lexi feels about the guest’s comment, she acknowledges they deserved impeccable service,  but she seemingly believes mistakes happen from time to time.

“These guests are paying for high service, and of course you wanna deliver high service,” she admitted. “And sometimes you fall short, and you just apologize and move on.”

Katie isn’t quite ready to forgive Lexi for the mishaps, especially since the former beauty queen seemingly promised she could do the job properly despite her recent devastating loss.

“Her attitude wasn’t as good as it was, and she’s just lost her dad, and it’s like, I don’t wanna be a b*tch,” the chief stew explained. “I know she’s struggling and she’s trying to deal with that. But at the same time, if you’re gonna tell me you can get over it, and you can still do your job, then I’m gonna expect that from anybody.”

As fans know, following the complaint, Captain Sandy Yawn offered to bring on a fourth stew to help pick up the slack. However, Katie needed some time to think the idea over because she was really concerned about how the new stew would affect the “dynamic” on the boat.

“I think [making the decision] was just daunting at the time because I was just like, sh*t! There’s already this dynamic on board, [and if] you bring somebody else, bringing one person can change the whole dynamic,” she asserted. “Look, one person already changed the whole dynamic, you know?”

Third stew Courtney Veale also weighed in, claiming she was extremely disappointed that another stew was necessary simply because Lexi wasn’t doing her job.

“The thing that was frustrating me with the whole new stew thing was because it’s just an extra person coming on just because Lexi isn’t performing,” she quipped.

Courtney added, “It definitely caused like some anxiety and worry just because it was another new personality so late in the season.”

As fans know from the previews, Katie ultimately decided to hire the new stew, Delaney Evans, and she explained why she finally came to that decision.

“I felt like I didn’t want to be trapped again because right [then] I was feeling trapped,” she shared. “Like, I did not know which way I could go with the Lexi situation, and I didn’t want to feel trapped.”

However, it’s unclear how long Delaney will stick around because Katie insists that she’s only there for a trial run.

“The way I made peace with myself going forward with this decision was to say to captain Sandy, ‘This is a [four-day] trial. We will get this person on for a trial, and then I get to make the call whether I think this is good for the boat or not,'”  she concluded.