RHOP Ratings Hit Season High, Plus Mia Thornton Slams Candiace Dillard as “Irrelevant” for Suggesting She Was a Prostitute as Candiace Reacts 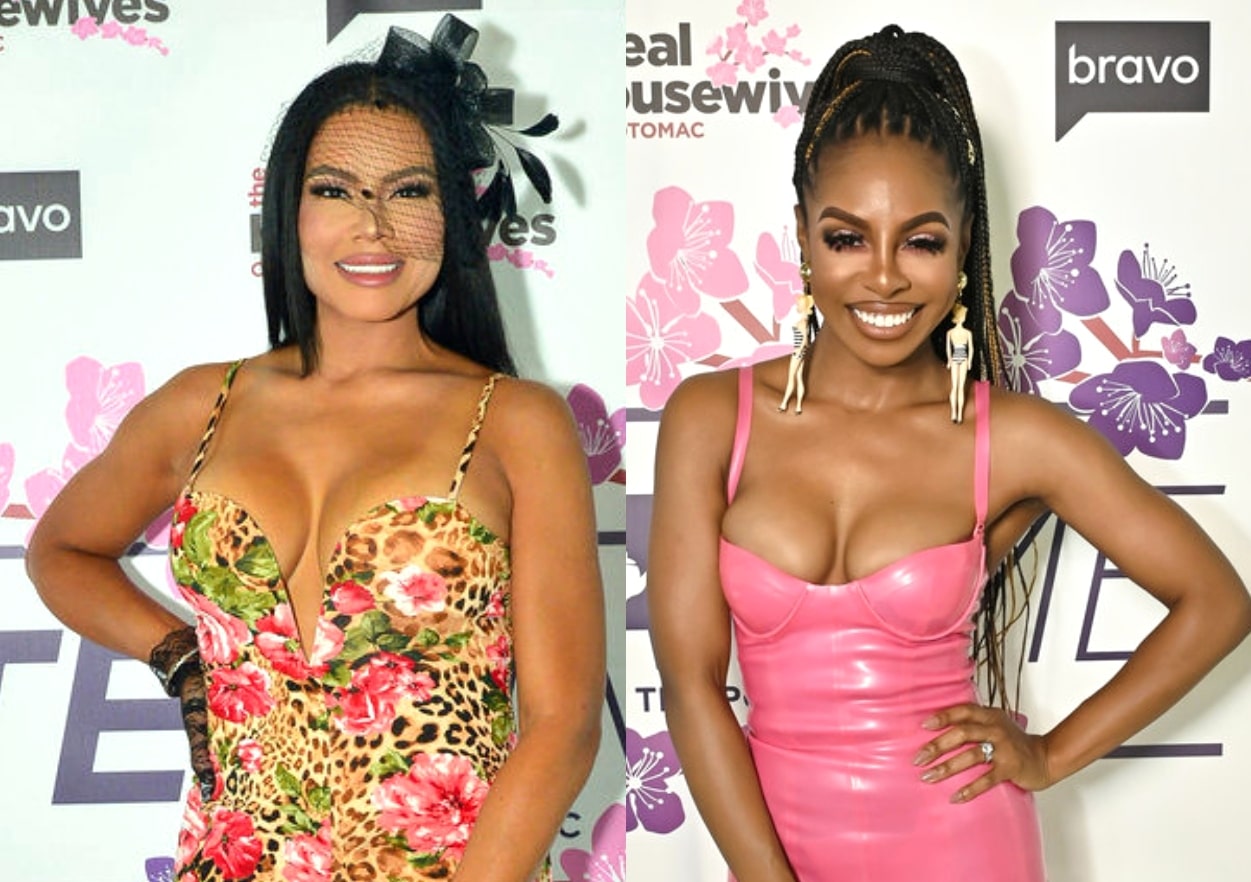 The Real Housewives of Potomac‘s latest episode on Sunday night marked a season-high in the ratings.

According to a couple of new reports, the episode was up by 88,000 viewers from the week prior as its cast members feuded not only on the show but also online, with Mia Thornton calling out Candiace Dillard-Bassett for suggesting she was a prostitute on the show.

On August 24, Bravo Ratings on Twitter revealed that the August 22 episode of the show received 1.067 million viewers with 36 percent of the key demo and noted the numbers as a “season high.”

The previous week, they confirmed the August 15 episode received 979,000 viewers and had 30 percent of the key demo.

As the show reached its season-high, Mia deemed Candiace “unforgivable” for her “lady of the night” comment on the episode.

“[Candiace Dillard-Bassett] you called [Mia Thornton] a lady of the night, which is a prostitute. Was this intentional or do you think strippers & prostitutes are the same?” a viewer of RHOP asked on August 22.

“Unforgivable,” Mia wrote back. “I’m sorry but I can’t even believe this made air.”

According to Mia, who was added to the cast months ago, she was especially shocked to see Candiace’s comment on the show because she never actually spoke ill of her castmate.

“I haven’t said anything about this little girl because she’s so irrelevant to me,” Mia explained. 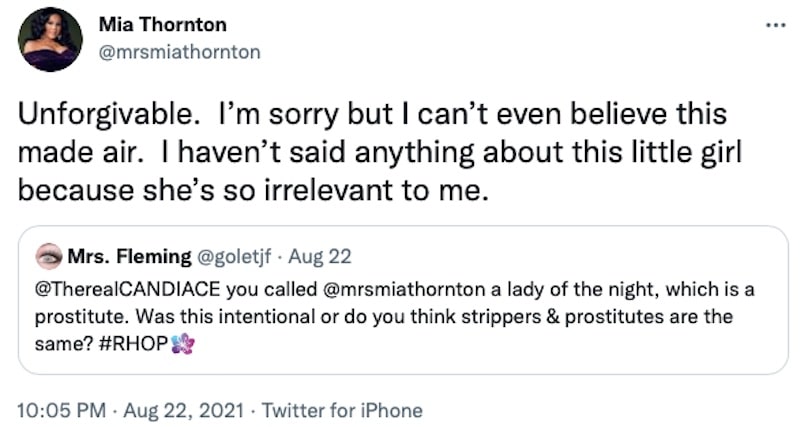 Amid the online drama, Candiace offered a response to another viewer.

“It shouldn’t have been used as an insult either way. There’s nothing wrong with being a sex worker,” the fan had said.

“I agree with the second part,” Candiace replied.