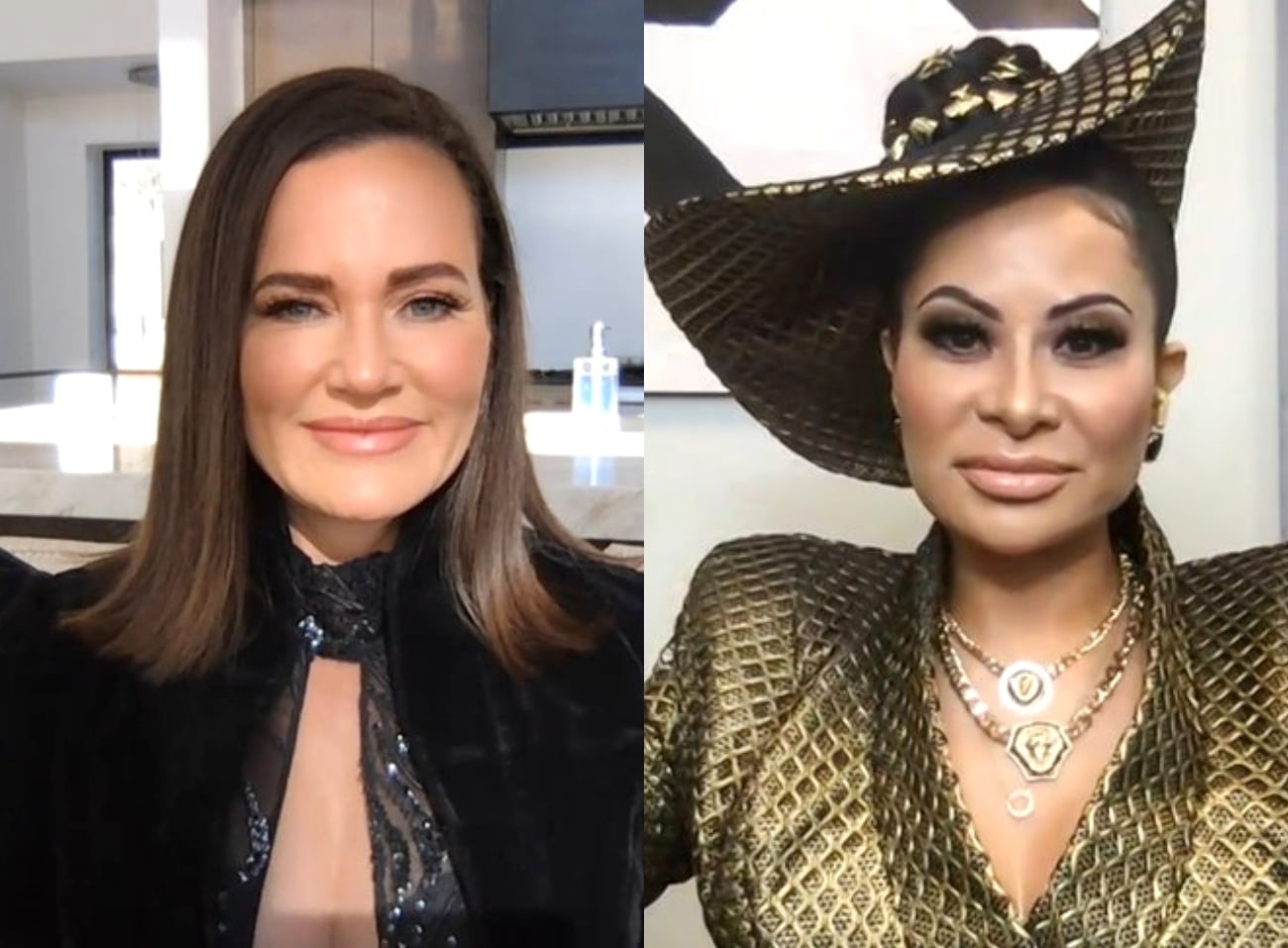 Meredith Marks appeared on Sunday night’s episode of Watch What Happens Live, where she responded to a fan’s question about whether or not she was the one who called the feds on her Real Housewives of Salt Lake City castmate, Jen Shah.

Amid Meredith’s feud with Jen, which was prompted by the legally troubled reality star “liking” tweets about the sexuality of her son, Brooks Marks, Meredith hinted that she may have been involved while also addressing a number of other topics, including her strained friendship with Lisa Barlow.

“Did you call the feds on Jen?” host Andy Cohen asked Meredith on the September 19 episode after reading a question sent in by an RHOSLC viewer.

“Andy, haven’t you heard me tell everyone not to come after my family?” Meredith replied.

"Andy, haven't you heard me tell everyone not to come after my family?" ???? @MeredithMarks0 #WWHL pic.twitter.com/RWWzXeBV2o

Moving on to her issues with Jen on the WWHL: After Show, Meredith denied that she was set off by Jen’s “liked” tweets, mainly due to the fact that Brooks hadn’t officially come out.

“From my standpoint, I don’t think that’s really exactly correct,” she admitted. “My standpoint is nobody needs to come out. Equality is not having to come out and Brooks shouldn’t have to say anything to anyone, including his parents.”

Brooks, although he was present and serving as the night’s bartender, didn’t want to make a comment of his own and said he’d let his mom be his voice “for now.”

Another RHOSLC fan wanted to know what advice Meredith would give to Whitney Rose, who felt she and husband Justin Rose were losing their spark amid work pressures and complained about their “robotic sex.”

“The first thing that’s great for Whitney is that they’re actually physically together most of the time, which is definitely helpful. But I think the thing is just taking the time to be together and having the time because when you don’t have time and it’s just like, squeezing it in, that’s when it gets robotic,” Meredith explained. “It’s making time for each other.”

Meredith also mentioned Whitney when asked about her worst-dressed co-star.

“Season one I would have said Whitney Rose. She stepped up her game in season two. She really did. So I don’t think I can say that anymore. There’s no one who I think is poorly dressed on our cast, anymore,” Meredith shared, refusing to name anyone as worst dressed.

As for her friendship with Lisa, which took a turn for the worse amid Lisa’s loyalty to Jen, Meredith said it was upsetting to her that Lisa didn’t have more to say about Jen’s social media antics.

“Not standing up for my child when I repeatedly explained how there’s been a problem, there is definitely a problem, that’s number one. I mean, she tried to navigate both. I just felt like with a 10-year relationship, I would have maybe gotten a little something extra for that,” Meredith noted.

Also on WWHL, Meredith played “On Your Marks, Get Set, Barlow,” and during the game, she confirmed that her current feud with Lisa is their worst fight ever before admitting that Lisa never put another friendship before her.

Then, after applauding Lisa for allowing her children business opportunities with Fresh Wolf and revealing she drinks Lisa’s tequila line more than any other, Meredith was asked how she’d rate Lisa’s loyalty on a scale of one to 10.

“Well, I think from Lisa’s perspective, she will say a 10. And from my perspective, I would say she views herself as loyal. But we have different definitions of loyalty,” Meredith replied. “I cannot give her a 10. I’m not putting a number on it. I’m not saying she’s not loyal. I think she’s doing the best she can within her own views.”