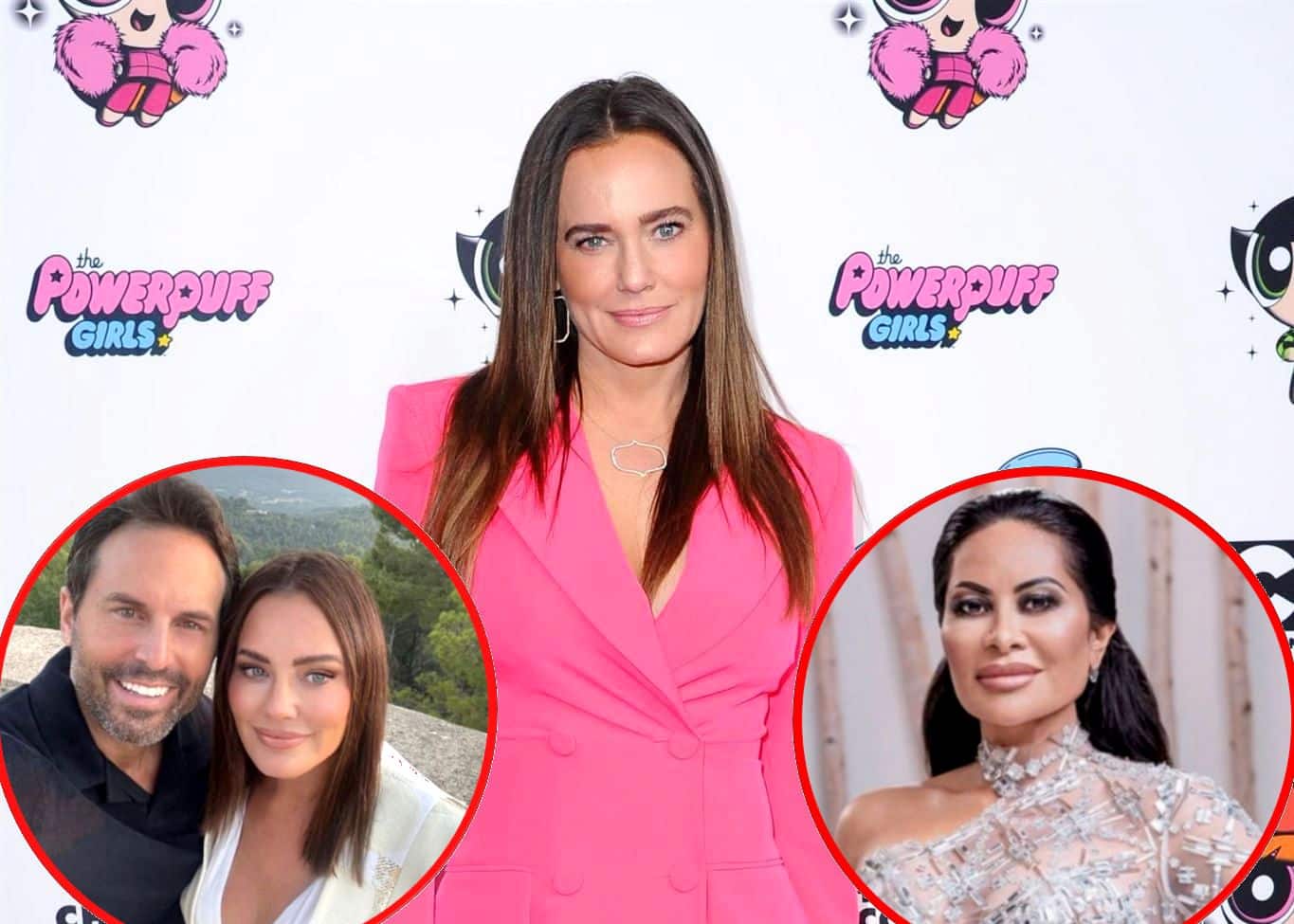 Meredith Marks and her husband, Seth Marks, weren’t in the best place during The Real Housewives of Salt Lake City‘s debut season in 2020, but where do they stand today?

During a couple of new interviews ahead of Sunday night’s premiere episode, Meredith offered an update on her marriage, discussed Jen Shah‘s “terribly mean-spirited” behavior toward her son, Brooks Marks, and addressed Lisa Barlow‘s reaction to Jen’s antics.

“We are definitely much more of a united front,” Meredith confirmed of herself and Seth to E! News on September 12. “You met us at our absolute, absolute worst so it couldn’t go much further down, I’ll be honest. But you know every relationship has its ups and downs and that includes marriage.”

“So Seth and I are definitely united and quite frankly in a very positive space and probably the strongest we’ve ever been together at this point,” she continued, adding that she and Seth recently celebrated their 25th wedding anniversary with “a special dinner.”

“We spent about a month in France together this summer so that was part of our celebration. We just had a really nice summer and lots of celebration,” Meredith, who has credited RHOSLC for saving her marriage, added.

During another interview on September 12 with Entertainment Tonight, Meredith admitted to being shocked by the legal drama Jen faced amid season two.

“These are very, very, serious charges in a district that has an extraordinarily high conviction rate. I would be taking them very seriously,” Meredith said of the money laundering and fraud charges against her castmate, who was arrested during filming.

As for the possibility that she was in some way involved in Jen’s arrest, Meredith accused castmates of “projecting and deflecting” and pointed out that she met Jen in 2019, seven years after the investigation against her began.

While Jen’s legal situation has certainly raised some red flags for Meredith, who graduated from law school, it was Jen’s endorsement and amplification of a series of horrible messages against her 21-year-old son Brooks that truly upset her.

“That really pissed me off,” Meredith admitted. “It really was very hard on Brooks for not a long time, but for a short period of time, he was very, very upset. And as a mother, it was heartbreaking to go through that. It really was…. It seemed terribly mean-spirited to me.”

Also upsetting was the fact that her longest friend of the show, Lisa, turned a blind eye to Jen’s social media activity.

“She tries to reconcile things between Jen and I, and she 100 percent did, but I also think that in trying to do that, in some way she had to put blinders on,” Meredith explained. “Like, I would say, well, did you see this on Twitter? ‘No, I didn’t see it.’ Oh, I can send it to you. ‘Please don’t. I don’t want to see it.’ And so, in her mind, it was almost like, if I don’t see it, it doesn’t exist.”

“It was upsetting for me to see that,” she noted. “If I had the same information Lisa had at the same time, I wouldn’t have handled things in the same way.”