Home Real Housewives of Beverly Hills News RHOBH’s Sutton Stracke Reveals If She Still Thinks Erika Jayne is a Liar, Talks Being “Vindicated,” and Teases “Jaw-Dropping” Moment Between Them

RHOBH’s Sutton Stracke Reveals If She Still Thinks Erika Jayne is a Liar, Talks Being “Vindicated,” and Teases “Jaw-Dropping” Moment Between Them 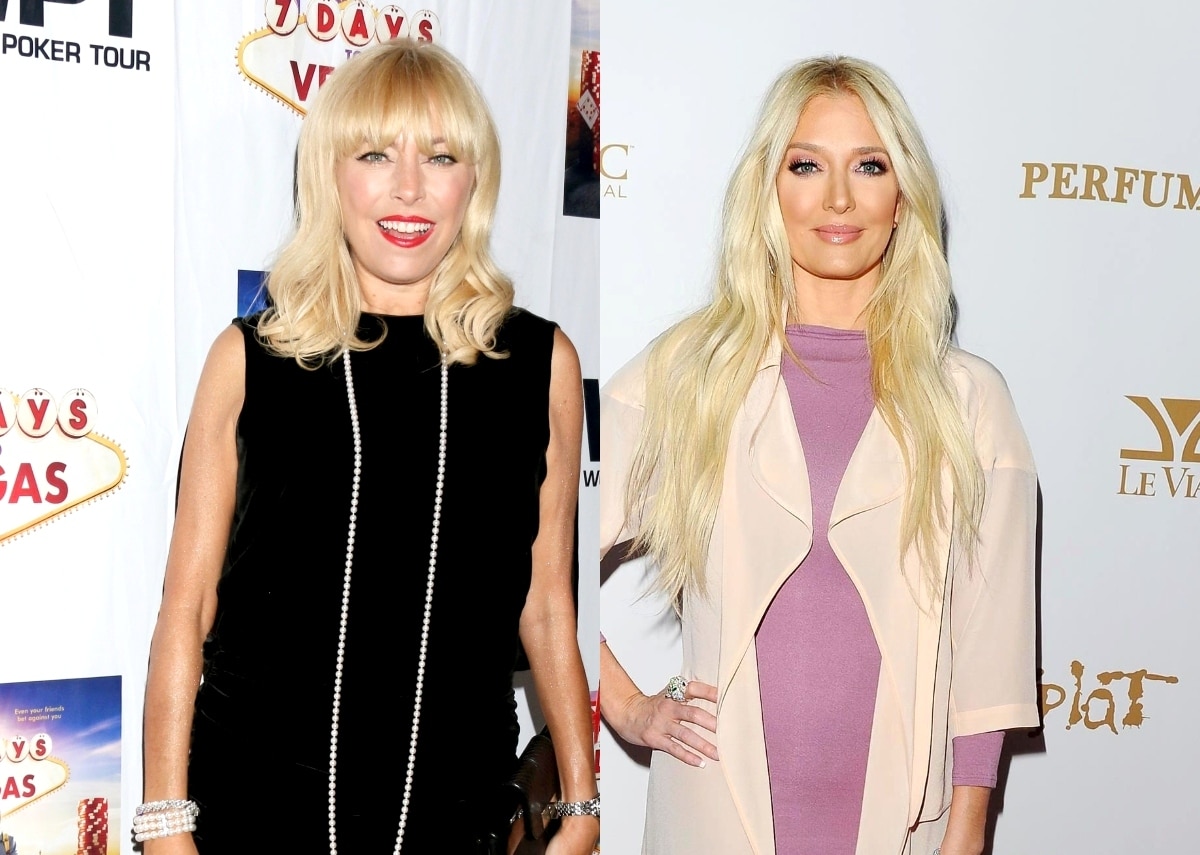 Sutton Stracke is offering an update on her thoughts about Erika Jayne.

After confronting her castmate with several questions about the shocking allegations of embezzlement made against her and her estranged husband, Thomas Girardi, on The Real Housewives of Beverly Hills, Sutton was asked if she still thinks Erika is a “liar,” as she suggested during a previous episode.

“Well, yeah ‘cause she lied. We know that. She will never admit that and I’m never gonna come off of how I see it,” Sutton confirmed to Us Weekly on September 28.

Although Sutton doesn’t believe that Erika has been completely honest about what she knew regarding Thomas’ alleged legal crimes, or about Thomas’ car accident, she isn’t looking for vindication.

According to Sutton, she believes Erika initially became angry with her after being left out of the meeting she called with the other women.

“She was very hurt by that,” Sutton stated, adding that she does not regret calling the meeting.

Prior to their falling out, Sutton actually was quite supportive of Erika and offered to give her financial assistance if she needed it following her breakup with Thomas.

“I wasn’t saying, ‘Let me write you a check right now.’ I was like, ‘If there comes a time when [and] if you need anything, I’m there for you.’ And, you know, she was like, ‘Thank you,’” Sutton recalled.

While Sutton has been fairly upfront about her concerns with Erika, fans recently watched as Kyle Richards and Dorit Kemsley, as well as their husbands, Mauricio Umansky and Paul “PK” Kemsley, laughed behind her back about the stories she had communicated about Thomas and a break-in that occurred at their former marital home in Pasadena.

“It’s funny because when you get to watch everything and see what’s kind of going on behind your back — not behind your back, but things that you’re not privy to, like, conversations that have gone on, it’s sort of like, ‘Well, wait a minute,’” Sutton said of the uncomfortable moment. “But listen, it’s all good. I can only speak for myself. I can only say what I think. I’m not thrown to the wolves. I stand very firm.”

As the 11th season of RHOBH continues, fans will see yet another surprising moment between Sutton and Erika.

“There’s some things coming up that surprised me… that were really kind of jaw-dropping,” she teased.