RHONY’s Eboni K. Williams on Why She’s Not Talking to Luann, Claims Garcelle Was “Broken” on RHOBH, Plus Talks Canceled Reunion, and Dorinda and Bethenny’s Potential Returns 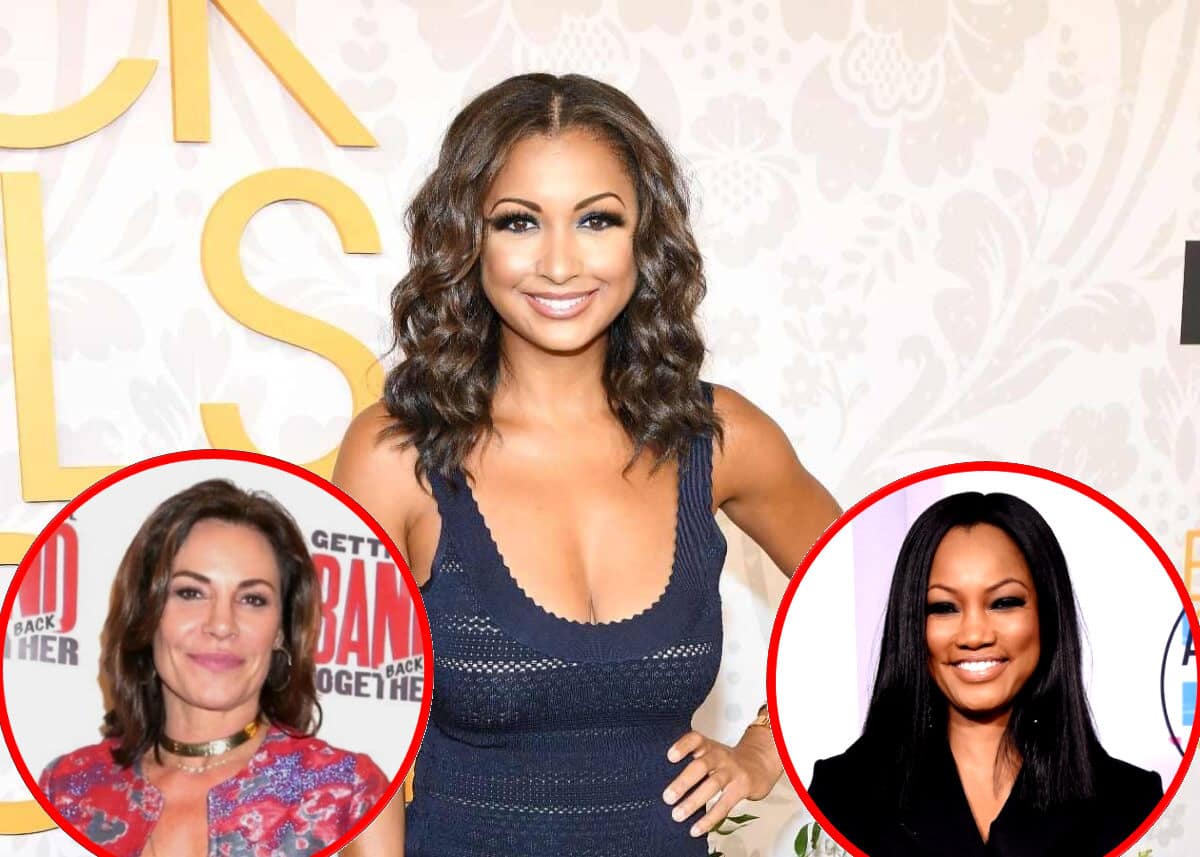 Eboni K. Williams felt she was expected to minimize who she is as a Black woman in order to fit in with the Real Housewives of New York City cast.

During a podcast appearance earlier this week, Eboni opened up about being blamed for the lackluster 13th season, reacted to Garcelle Beauvais‘ recent breakdown on The Real Housewives of Beverly Hills, and spoke about her and her co-stars’ recently canceled reunion.

“I get emotional just like anybody else… I was really taken aback. I don’t think I quite anticipated how much vitriol there would be around the audacity of me to bring these full aspects of myself and my identity to the show,” Eboni admitted on the October 4 episode of Behind the Velvet Rope With David Yontef podcast.

According to Eboni, she thought that it was “really insane” to be stonewalled while talking about a big aspect of her identity, which is her “blackness and [her] Black womanhood.” She also felt it was “f-cked up” that she and others, including Garcelle and Asian Real Housewives cast members Dr. Tiffany Moon and Crystal Kung-Minkoff, were expected to “minimize aspects” of their identities in an effort to “fit in.”

“And if you don’t fit in… by divorcing yourself from your identity and by minimizing things that come natural to you… it’s your fault. And you’ve become toxic in the workplace and you’ve ruined their good time,” she continued.

“I think a good example of what I’m talking about is what we just saw [on RHOBH] where Garcelle [was] really pushed to the brink of [an] emotional breakdown,” Eboni recalled.

During the episode in question, Eboni said it was only after Garcelle shed tears of pain and frustration that her castmates began to open themselves up and fully see her.

“It was as if she had to be broken in emotionally [about how] she has felt as a Black woman amongst this room. And I think that’s a tragedy. I think it’s a real sad commentary on how irresponsible most, all of us are as, as, as American people and our ability to sit as adults and sit in full embrace of each other’s identities,” Eboni explained.

Looking back at the canceled RHONY reunion, Eboni admitted to feeling a lack of closure.

“I’ve expressed that to all parties involved. I think many people, at minimum, had unanswered questions around this season. And I think [a reunion] would have done a lot of good by way of being able to open up the opportunity to have exchange and dialogue,” she said. “I think it’s a missed opportunity.”

Since filming wrapped on season 13 nearly a year ago, Eboni has maintained relationships with all of her co-stars, aside from Luann de Lesseps.

“The one person I’ve literally had zero communication with since May is Luann,” she confirmed. “She said this and that and I don’t play in that sandbox. I don’t do the mess.”

That said, she wouldn’t directly react to the claims of Luann’s potential demotion and instead said that Bravo hasn’t had enough time to make any decisions in regard to what the season 14 cast will look like.

“Casting RHONY, that’s a long process,” she noted. “I’m sure that I will get a call from someone with authority when that time comes. I’d love to do it again. It’s been life-changing and affirming for me in many ways. And I just love representing a different kind of housewife.”

As for who she’d like to join her for the new episodes, Eboni named both Dorinda Medley and Bethenny Frankel.

“The obvious thought is Dorinda. I think our show just needs more women,” she stated. “It needs so many more experiences and perspectives. I think Bethenny’s always going to be an interesting person and interesting story… [But] I think the question would be, ‘What in the hell would she get out of coming back to the show?'”