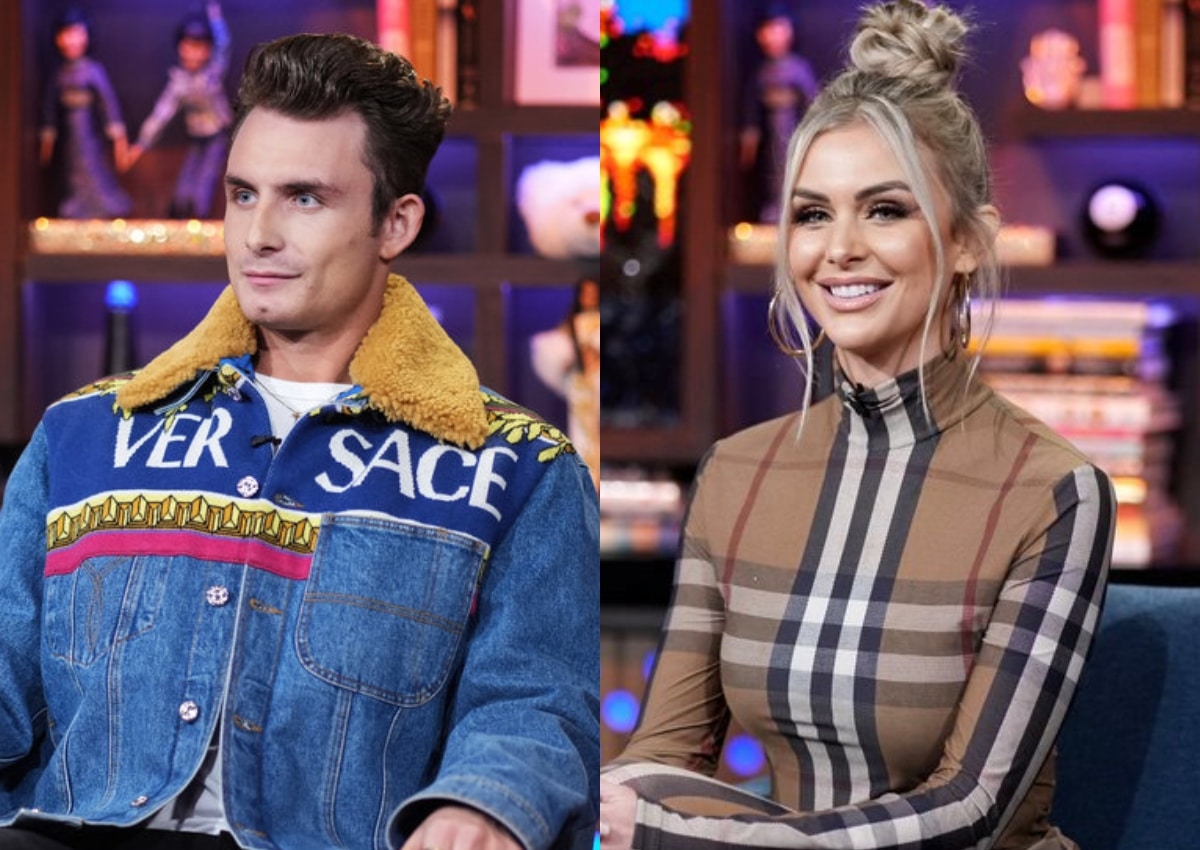 While seated beside his fellow guest, fiancee Raquel Leviss, the longtime Vanderpump Rules cast member spoke to Andy Cohen about the suspicious timing of Lala’s alleged breakup before addressing the comments she made about his California sober lifestyle.

“Randall and I have come a long way and obviously my loyalty stands with Lala no matter what. Honestly, I don’t know much. I just wish them the best,” James told Andy after he mentioned the drama between Lala and Randall on the October 19 episode of WWHL.

As Pump Rules fans may have heard, Randall was allegedly photographed with two other women in Nashville over the weekend. And in the days that followed his potential infidelity, Lala deleted all of his photos off her Instagram page and confirmed she had left home in lieu of a stay at the Beverly Hills Hotel. However, in more recent updates, after stepping out in Los Angeles without her ring on Tuesday, Lala was confirmed to be back home in Bel Air.

Although James said he tries to stay out of Lala and Randall’s business, he agreed that the timing of the supposed split has raised some red flags.

“It’s perfect timing isn’t it? Tonight’s more about me and Raquel and all we’re talking about so far is Lala. It’s perfect. She’s got a book signing tomorrow in L.A. right?” he asked of Lala’s October 20 appearance at The Grove.

James then revealed that he and Raquel had plans to participate in an upcoming pickleball tournament with Randall in La Quinta.

“She canceled that today… Well, her participation is canceled,” James confirmed. “But now, what do I do? Do I go play pickleball with Randall? I’ve got myself in a pickle here!”

“We’re going to have to cancel too,” Raquel stated.

Later, during the WWHL: After Show, James reacted to comments Lala made on a previous episode of WWHL about his decision to smoke weed despite calling himself sober. On the show, she had said that James’ version of sobriety is “not a real thing.”

“She can’t really mean it. I think she says some things sometimes… because I know she respects where I’m at. But I understand too she’s completely sober,” James reasoned.

Then, after Andy suggested that many believe he’s simply substituting substances, James admitted that weed has definitely served as a crutch.

“I will be honest, the weed helped me quit the alcohol for good and I will quit weed also when the time comes but I just don’t feel like I should quit right now. There’s no point. It doesn’t harm me. It doesn’t affect my life in a negative way so why quit?” he asked.