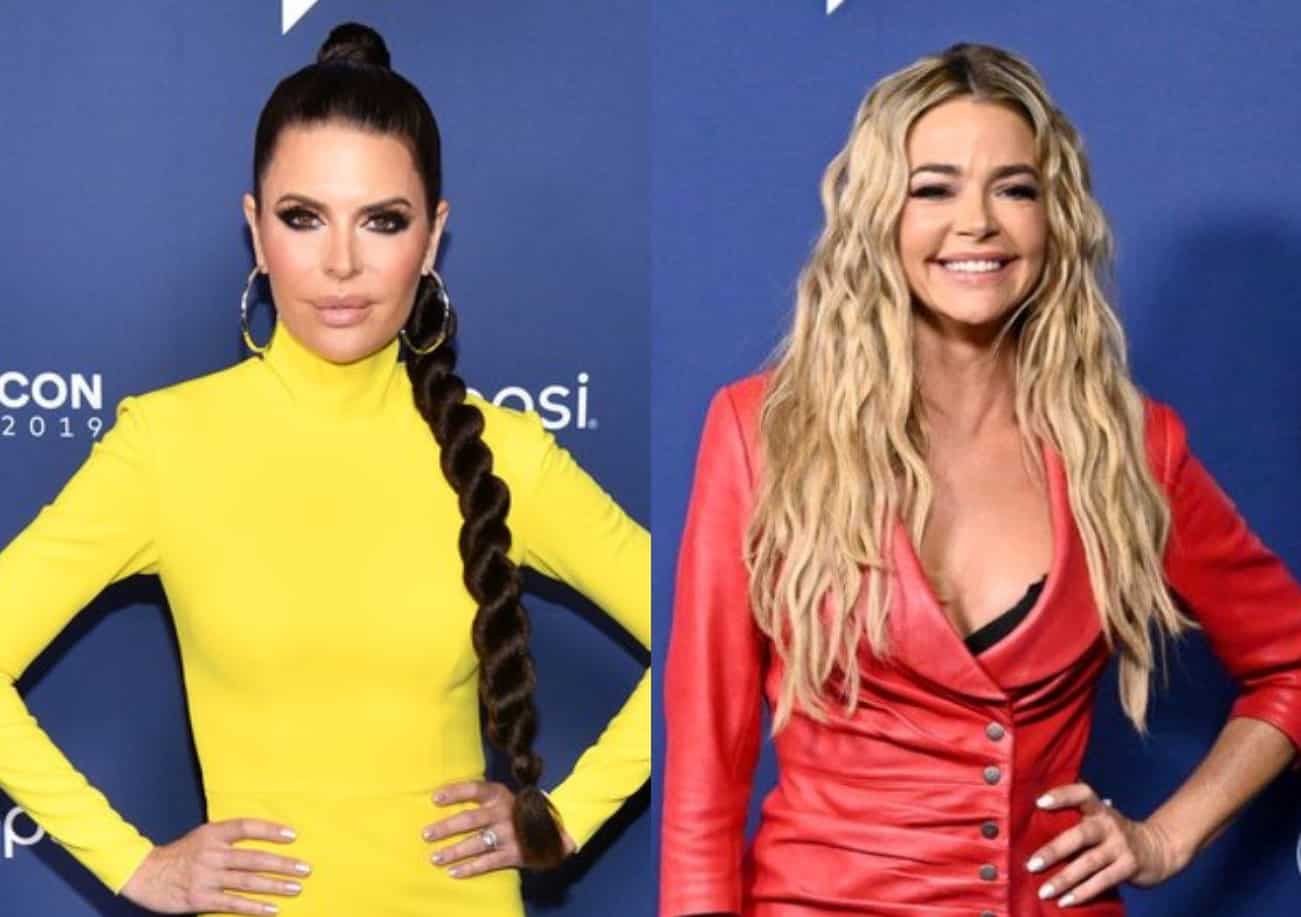 Lisa Rinna made shocking allegations against her former Real Housewives of Beverly Hills co-star, Denise Richards, in the new book, Not All Diamonds and Rosé: The Inside Story of The Real Housewives From the People Who Lived It.

After a 10th season filled with allegations of an affair with Brandi Glanville, Denise was accused of propositioning numerous cast members of The Real Housewives of Orange County as producers of RHOBH looked back on the moment she quit filming.

“At BravoCon, we heard that Denise went out with the RHOC ladies and asked them to sit on her face. That’s what we heard,” Lisa said in the book.

Once the information was brought to Andy Cohen, he wondered, “Why did no one tell me that?! Or mention it at the reunion?!”

“That would have been bringing something outside of the show into the show to hurt her, and that’s not who I am. To me, what she was doing at BravoCon was off-limits,” Teddi Mellencamp explained.

According to Lisa, she no longer trusts her former friend because she has lied “to [her] face.”

“It’s sickening,” Lisa fumed. “She’s one of the fakest, phoniest people I’ve ever come across.”

During RHOBH season 10, Brandi went public with claims of an affair with Denise after being sworn to secrecy by her former castmate. And after Teddi brought up the issue to Denise while on a cast trip in Rome, the actress began to distance herself from production.

“After this all happened in Rome and we came back and we started shooting again, that’s when Denise vanished on us,” producer Chris Cullen recalled.

“We encouraged Denise to have a moment with Brandi. We had a whole series of conversations with Denise before Teddi’s baby shower at [Dorit Kemsley]’s Buca di Beppo room where we told her, ‘Listen, here’s your chance to have the moment with Brandi and just be done with it.’ But she worried Brandi was going to try to provoke ‘a Jerry Springer moment’–that’s the phrase she kept using,” added Alex Baskin, also a producer of RHOBH.

As RHOBH fans will recall, Brandi shared text messages sent between her and Denise with her castmates. And the very next day, Denise fired off legal letters to Bravo, her production company, Evolution Media, and Brandi.

“Her lawyers sent a legal letter to Bravo, Evolution, and Brandi. And she vanished,” Chris revealed.

Although Denise ended up attending the virtual reunion for season 10, her appearance seemed to come at the cost of Brandi.

“At the eleventh hour, as I was sitting down in my chair, they told me, ‘We’re not having Brandi come now.’ And after having to tell the story for five months–it’s not even my story–to not have the other side of the story at the reunion? I said, ‘That’s bulls-t,'” Lisa said of Brandi’s absence.

“I felt like, ‘You dragged us through all this stuff and Brandi has a right to tell her side of the story. Now you’re not going to let her talk to Denise directly? That’s what these things are for.’ This is your star witness, and then all of a sudden you’re gonna stop her from testifying? What the f-ck are we doing here?” she wondered.

Looking back, Brandi was equally annoyed by the snub.

“I felt played because they’d spun my story into episodes for which I was not getting paid,” she stated.