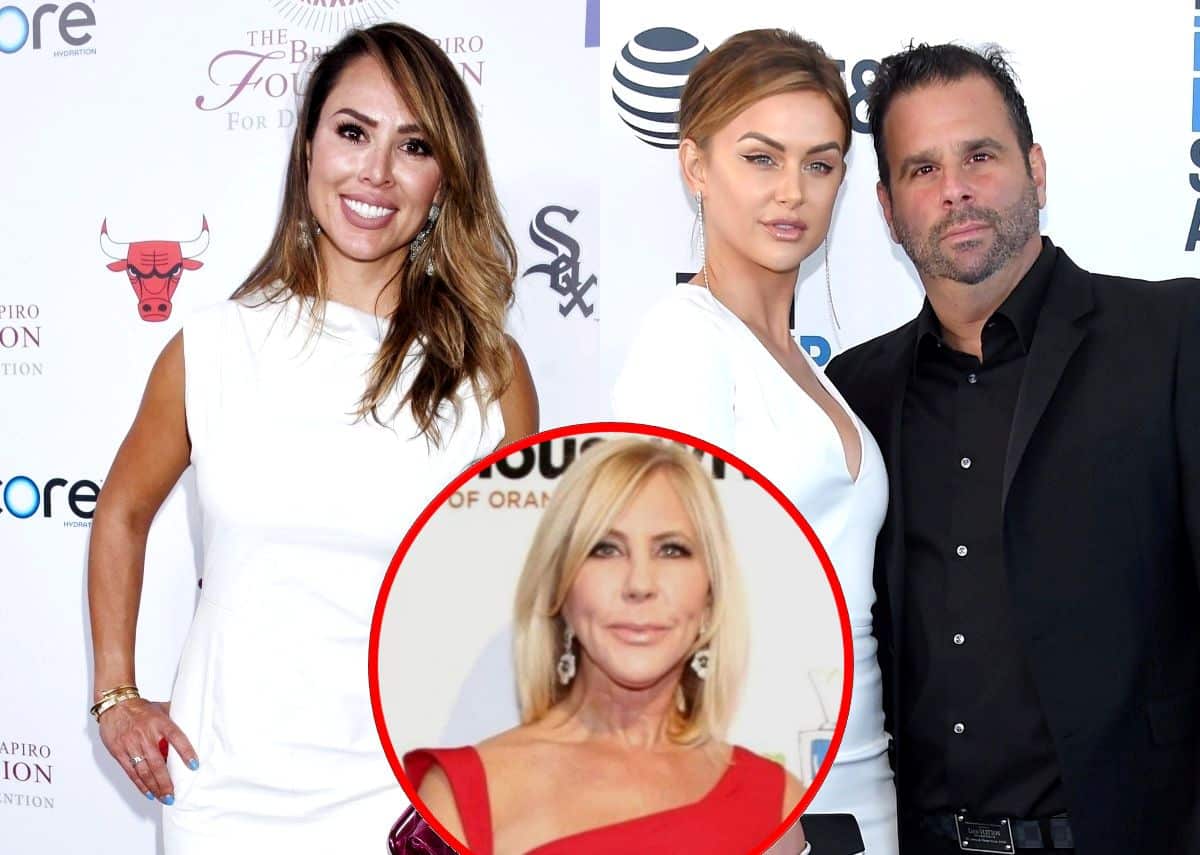 After the Vanderpump Rules star deleted the director from her Instagram page and stepped out without her engagement ring following a series of suspicious images believed to be her partner with a couple of other women in Nashville, the Real Housewives of Orange County alum weighed in on Twitter.

“I called it!!” Kelly declared on October 18, along with a Page Six article regarding Lala and Randall’s split. 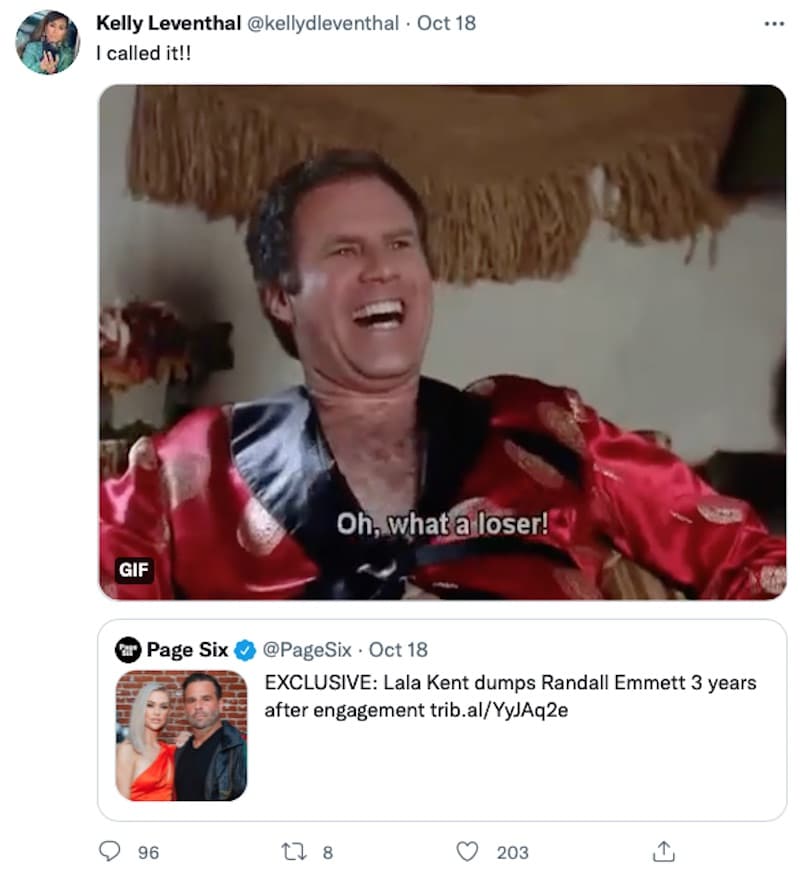 “At least she still has a Bravo show dear,” one person wrote, giving a nod to Kelly’s June departure from RHOC.

“At least I still have a husband my dear!!” she clapped back.

Another critic said, “Really, you base your worth on having a husband; that’s probably the worst thing u ever said, not because it’s controversial, but because it’s actually really sad and insecure.”

In other Kelly Dodd news, the former RHOC cast member reunited with her ex-co-stars, Vicki Gunvalson and Tamra Judge, earlier this week, confirming she and Vicki have ended their years-long feud and are in a much better place.

“Me and Tamra are going to find you a man. We’re going to find her a man,” Kelly said in a video shared to her Instagram Story of her plans for Vicki, who recently split from fiance Steve Lodge.

While some were happy to see that Kelly and Vicki put an end to their drama, others flooded Kelly with backlash, prompting her to issue a video response.

“My response to the trolls & cyber bullies who attack me for spending time last night with [Vicki Gunvalson] …hoping you haters can find happiness and a way out of your darkness,” Kelly wrote in the caption of her clip.

“I guess a lot of you guys picked up that me and Vicki were together last night and I’m reading the comments and it’s always the same thing. It’s hateful, hateful comments and all them are saying the same thing, saying that I’m an anti-vaxxer. I’m not an anti-vaxxer. I got the vaccine. Do I regret it? Yeah. But if you want to get the vaccine, go get the vaccine. Why are you guys always telling people how to live their lives, telling them what to do?” Kelly asked.

“And then I get that I’m racist,” she continued. “I don’t know why you guys think I’m racist. Maybe because of Trump? I don’t get that. I’m multi-racial. I’m the most diverse out of anybody on that show. My step-daugther is black. You guys say I’m part of the KKK. Just to let you know, I’m married to a Jewish man. I am Mexican, 30 percent Native American, three percent African American. I don’t know where you guys come up with this stuff.”