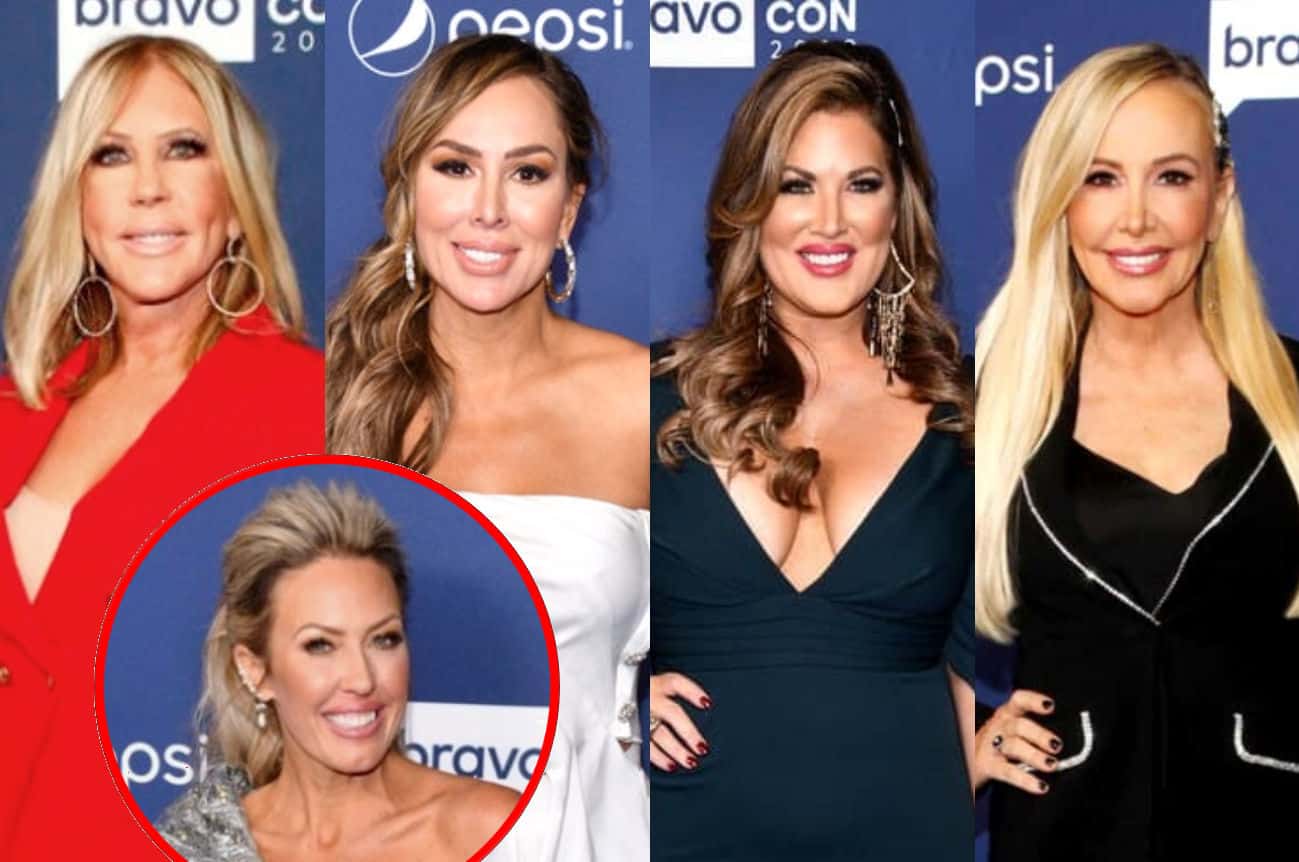 Following the recent Real Housewives of Orange County cast shakeup, Vicki weighed in on her former castmate’s marriage before sharing her thoughts on season 16 and describing Braunwyn Windham-Burke as her least favorite co-star as well as an absentee parent to her seven kids.

During the July 9 episode of The Sl-t Pig podcast, Vicki was asked by host Christian Gray if she would put the same five-year timeline she put on Meghan King‘s failed marriage to Jim Edmonds on the marriage of Kelly and Rick, who wed in October 2020.

Following the firings of Kelly, Braunwyn, and Elizabeth Vargas, rumors began swirling in regard to Tamra Judge taking on a part-time role on season 16. However, according to Vicki, there’s no truth to the reports.

“Tamra and I talked, she’s like, ‘I don’t know where they’re getting that from.’ There is no contract,” she revealed.

That said, when it comes to potential “friend” roles, Vicki said both she and Tamra would be happy to return to RHOC in any capacity.

“The truth of the matter is if she got called and I got called as a friend role, we absolutely would probably come back on,” she admitted.

While Vicki was previously unwilling to take on a “friend” position on the cast, she appears to have had a change of heart due to the recent firings. After all, Braunwyn, along with Meghan, was one of her least favorite castmates.

According to Vicki, she wasn’t surprised to see Bravo get rid of Elizabeth because she has “no substance.” As for the rest, she thought Shannon Beador would likely be ousted before Kelly.

“I actually thought it was going to be Shannon. Because Kelly, you always have to have someone to hate and she’s got a lot of fans. She’s beautiful to look at. She’s got great style. So I never really thought they’d get rid of her,” Vicki explained.

“I knew they’d get rid of her. She just doesn’t fit into middle America,” Vicki noted. “When you are married and living with your husband and having seven children and never publicly showing that [you’re] with [your] kids, she’s with everybody else but her kids. She’s got little babies. I don’t agree with her motherhood but look at her mom. I don’t think she fit into what a housewife is.”

As for Emily Simpson and Gina Kirschenheiter, Vicki didn’t think Bravo would keep Emily on the show.

“I know that Gina has become a Bravo favorite. I think they love the New York thing in her. Shocked on Emily, actually. I just don’t see substance. She doesn’t really know how to whoop it up,” she shared.

Looking back at her time on RHOC, Vicki admitted that she misses being featured on the show.

“I miss it. Tamra and I were together for July 4th and we talk about it. It’s hard to be fired,” she shared.

Now, as rumors continue to swirl in regard to Tamra’s possible comeback, Vicki says she’d be upset if Tamra were to return without her.

“Yea. It would hurt my feelings but I would say, ‘Go for it,’” she confirmed.

Also during the interview, Vicki told Christian that if she were to run into her former bestie, Shannon, she wouldn’t have anything negative to say to her. Instead, she’d go right in for a hug.

The Real Housewives of Orange County cast went into production on season 16 earlier this month.