Home Real Housewives of Orange County News Kelly Dodd Claims Entire RHOC Cast Has “Drinking Problems” and Shares Why She Wants Tamra Judge to Return to Show, Plus Where She Stands With Her Costars Today 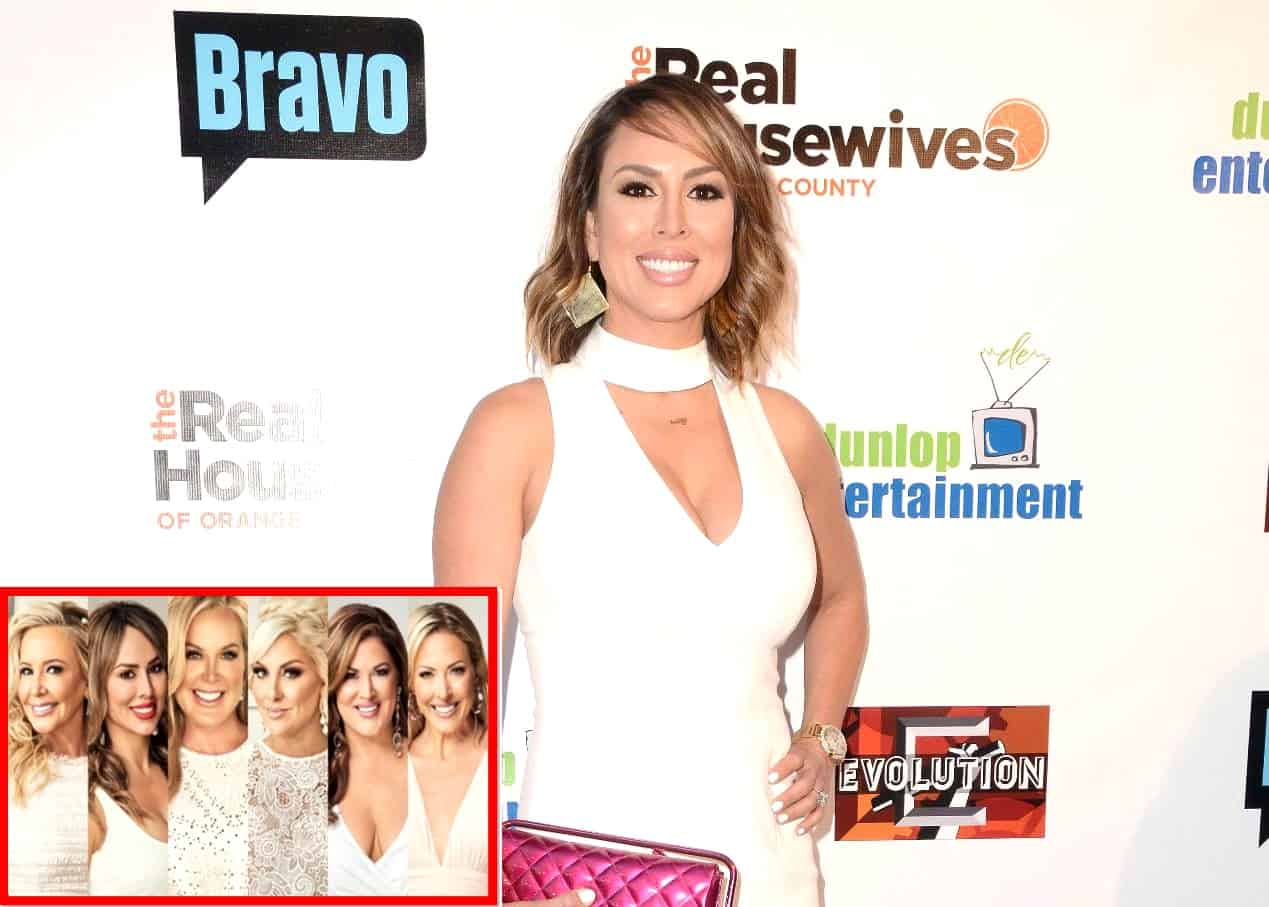 Kelly Dodd doesn’t think Braunwyn Windham-Burke is the only Real Housewives of Orange County cast member with a drinking problem. In fact, she believes the entire cast has unhealthy habits with alcohol.

During a new interview, Kelly admitted the ladies of the show frequently drink and “can’t stop” before addressing Tamra Judge and Vicki Gunvalson‘s potential returns to the show, revealing which former cast member she’d like to have back, and looking back on her reconciliation with Shannon Beador.

When Kelly was asked about recent claims regarding Shannon’s alleged alcoholism during a January 20 interview with Hollywood Life on Instagram, she shared some disturbing information about the other women.

“We probably all have drinking problems. We drink and we can’t stop. We all do. But I’ve seen Shannon go weeks upon end of quit drinking. She can quit drinking when she wants to,” Kelly explained.

As she and her castmates prepare for the start of filming on RHOC season 16, Kelly said she wouldn’t mind seeing Tamra return to the show.

“I’d take Tamra over Braunwyn a hundred million times over. Vicki… no. I don’t think Vicki fits into the group,” Kelly shared. “Tamra is pretty to look at. She’s got a good body. She’s got a good husband. She’s a go-getter at things and she’s fun. If they want to bring [Tamra] back, I’ll give her open arms.”

In addition to not wanting to see Vicki back on the show, Heather said she’d also prefer to see producers steer clear of Heather Dubrow before noting Gretchen Rossi would be a great addition to the current group.

“I have not spoken to Heather Dubrow in a long time [and I don’t want to see her return]. She was not my favorite,” Kelly noted. “You know who I would love to see back? Gretchen. I do talk to Gretchen and I think she’s the most beautiful, inside, outside, she’s witty and she’s funny. I’d like to see Gretchen back. I think she’s better than anyone else on [RHOC].”

Although Kelly said she has no “ill feelings” toward Tamra, she did say she believed Tamra was responsible for her falling out with Shannon years ago.

“Shannon is a very, very good person. She’s a loyal person and she’s got a good heart. And she’s hilarious. Have we fought a lot? Yes. But I think that’s primarily due to Tamra and Vicki being in her ear,” she explained. “We’ve always been friends. We have a lot of friends in common. We live down the street from each other. Our daughters are the same age. We have more in common than Tamra or Vicki because they live so far away. They’re not a part of the Newport scene.”

As for what prompted her to reconcile with Shannon last February as filming began on RHOC season 15, Kelly said it was actually Braunwyn who brought them back together and led them to bond over their similar thoughts about her out-of-control ego.

“Braunwyn lives one street over from Shannon. She really wanted to bring us back together but when Shannon and I walked in with Braunwyn, [she was like] ‘I’ve been filming already and they’re casting around me this year.’ And Shannon and I looked at each other like, ‘Oh my God, this chick is so full of herself. Like, unbelievable.’ That’s actually how Shannon and I became friends again,” Kelly said. “We were like, ‘This chick has an ego like I’ve never seen.’ I thank Braunwyn for that.”

In addition to forming a close friendship with Shannon during filming, Kelly also got close to Emily Simpson.

“We are really, really tight and I talk to [Emily and Shannon] every single day. People don’t get to see that. They’re like, ‘They don’t like each other.’ We do. We’re friends in real life,” Kelly confirmed.

The second half of the Real Housewives of Orange County season 15 reunion airs next Wednesday, January 27, at 9/8c on Bravo.