Are Andy Cohen and Bethenny Frankel Feuding After Her Housewives Tell-All Diss? RHONY Alum Addresses Rumors of Andy Being ‘Furious’ 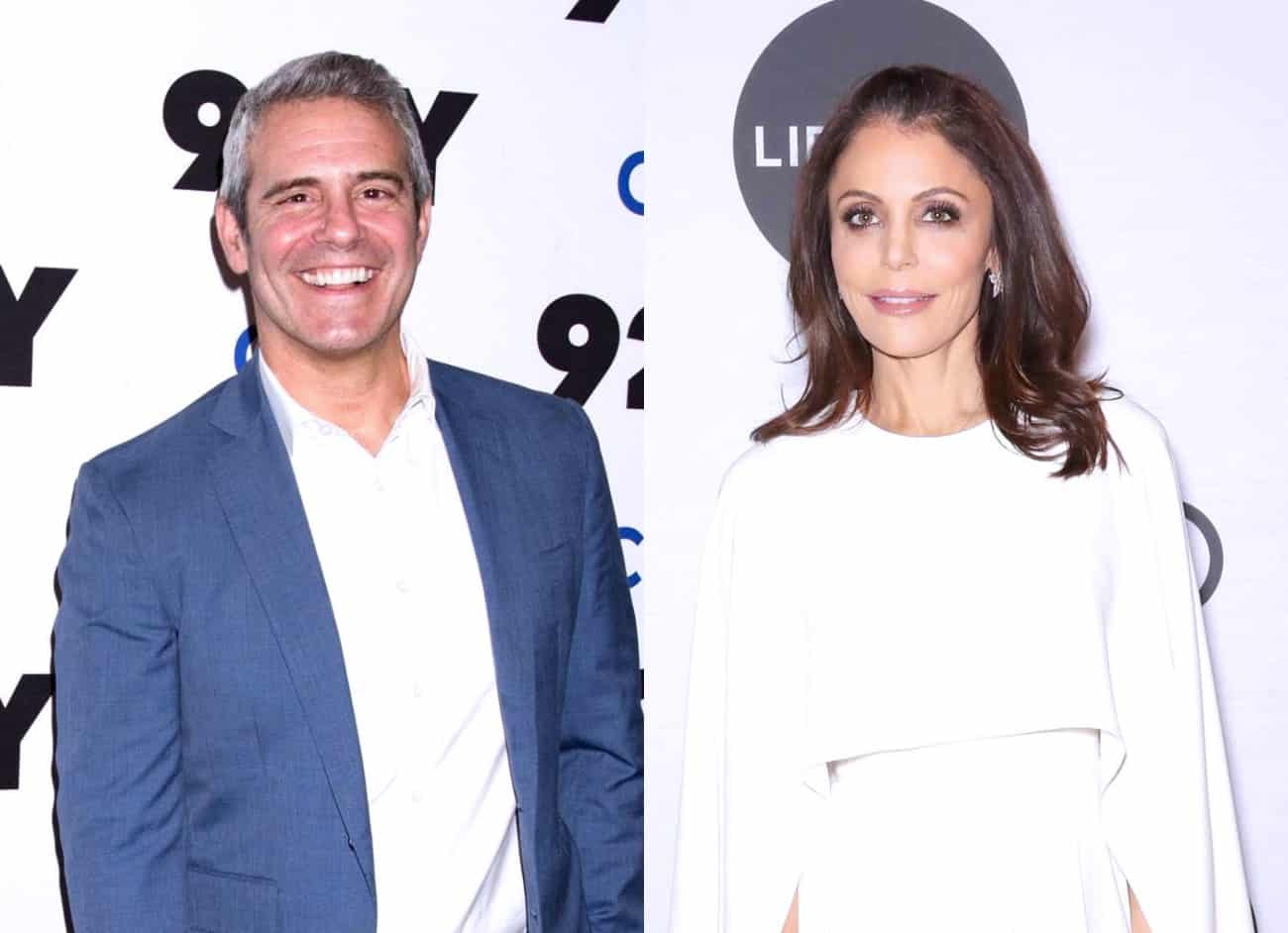 Andy Cohen is reportedly furious about Bethenny Frankel‘s recent statements about the newly-released Real Housewives tell-all, Not All Diamonds and Rosé: The Inside Story of The Real Housewives from the People Who Lived It, which was shared by his publishing company, Andy Cohen Books.

After the Real Housewives of New York City alum shaded the book for featuring “women trashing women,” insiders claim Andy “has had it” with Bethenny’s hypocrisy as she set the record straight regarding their alleged feud on her Twitter page.

“Bethenny is a phony who is manufacturing phony outrage to get people to listen to her troubled podcast,” sources told Radar Online on October 29. “Every cast member, both former and current, were asked to participate in the new book with Bravo’s absolute blessing, but Bethenny refused. Fair enough, but don’t then go and trash the book and the other women on your podcast. She is a hypocrite and foolish to bite the hand that feeds her. Bethenny knows that trashing the show is the same as trashing Andy.”

Following the release of Not All Diamonds and Rosé earlier this month, Bethenny said on Twitter, “I think we need more stories about women trashing women…Or….we can publish a book about it?”

In the book, Bethenny was criticized for allegedly setting up a photo of Tom D’Agostino Jr. kissing another woman ahead of his wedding to now-ex-wife Luann de Lesseps, and of attending Bobby Zarin‘s funeral “for show.”

“Andy has had it with her,” the insider continued. “Everything that she has done without him, including her podcast has failed. Her talk show was a disaster, her apprentice show bombed, and now she needs to use the Housewives to get anyone to listen to her boring podcast. The irony is that the only thing Bethenny is successful at is trashing other people.”

Around the time of the report, a fan questioned Bethenny on Twitter about her potential tension with Andy.

“Did you and Andy really have a falling out over that stupid book or is it more tabloid lies?” the fan asked.

Bethenny went on to explain the dynamic between herself and Andy.

[Andy and] I are very similar in our journey. We came up at the exact time [and] are on the path. We have both made mistakes [and] made good [and] bad decisions [and] we don’t hate the player [and] sometimes hate the game. We respect each other’s journey [and] have debated the whole way,” she shared. 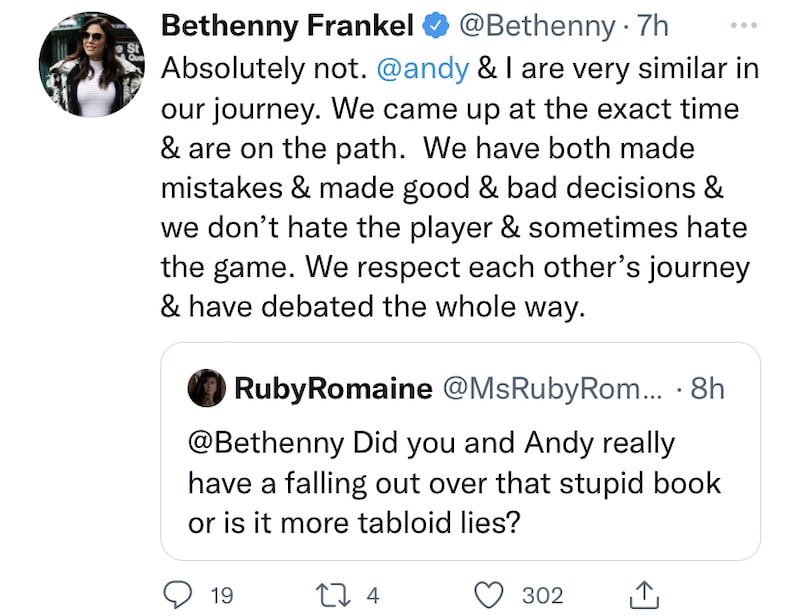 Bethenny appeared in a full-time role on The Real Housewives of New York City seasons one through three and seven through 11.