RHOD: Stephanie Hollman Offers Update on Brandi Redmond, Why She’s Glad Show Got Canceled, Plus What Broke Her Heart About Her Time on Show 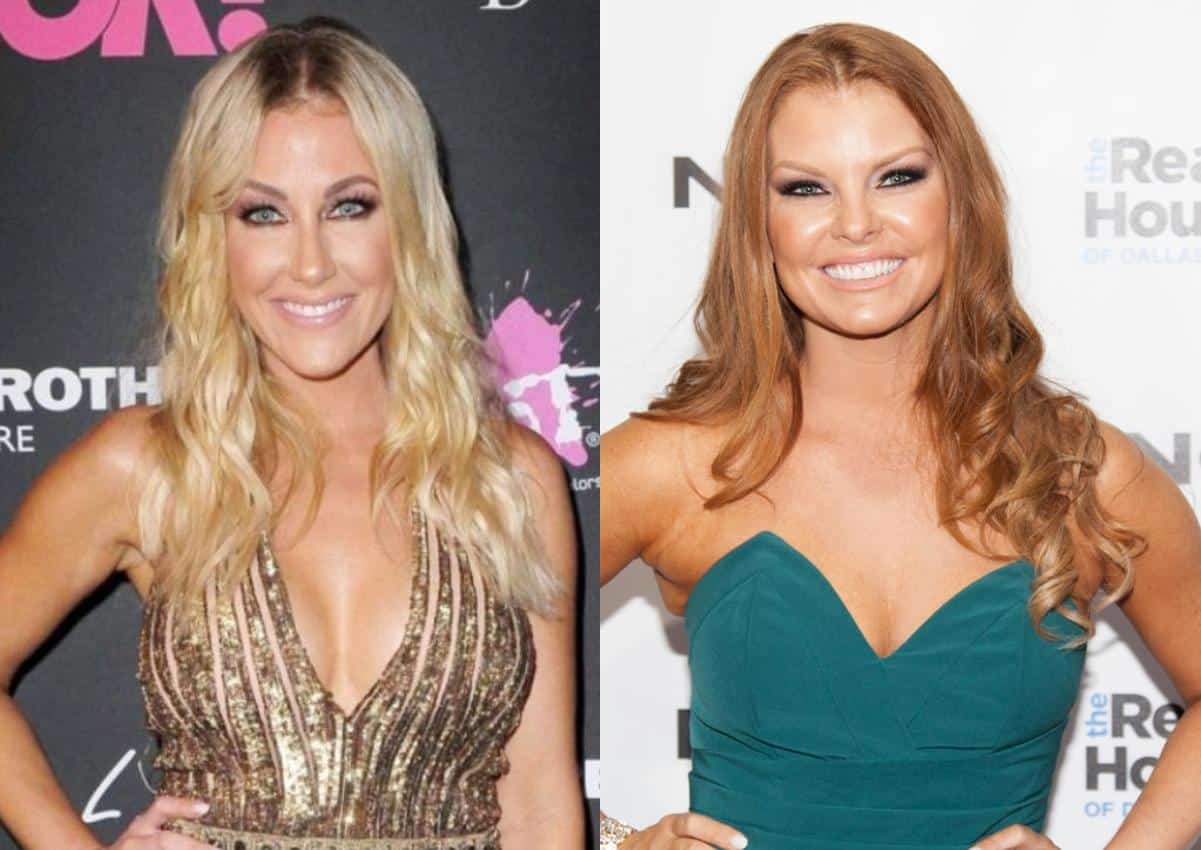 Stephanie Hollman launched an “Ask Me a Question” session on her Instagram Story on Monday, and during the online chat with her fans and followers, Stephanie answered a question about her current relationship with Brandi Redmond.

Before reacting to the recent cancellation of The Real Housewives of Dallas, which came after just five seasons, and revealing what was especially upsetting about her time on the Bravo reality series, Stephanie responded to someone who asked, “Are you and Brandi still close?”

While certain Real Housewives stars distance themselves from one another after moving on from the franchise, Stephanie and Brandi’s friendship runs deep. And in the months since Bravo took RHOD out of their lineup, they have remained extremely close.

“Yes- we have a weekly podcast [Weekly Dose of BS] together and talk all the time,” Stephanie explained. 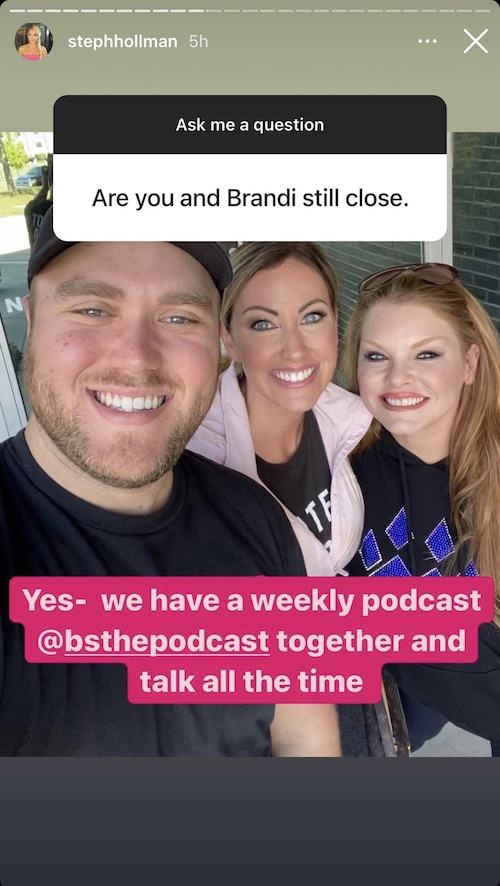 Earlier this year, after Brandi’s husband, Bryan Redmond, was accused of fathering a child, who was later passed off as one of their own, with another woman, Stephanie spoke out in defense of their family.

“I can confirm that this is 100 percent NOT TRUE,” she wrote, noting that claims such as that can “really hurt people and destroy families.”

“Bryan is a good man and loves his family very much. They don’t deserve the stuff I have seen online today,” Stephanie added.

Then, months later, following the release of a shocking video of Bryan canoodling with another woman at a nightclub, Stephanie said that while she loves Bryan, “nobody deserves that.”

In a second post on her Instagram Story, Stephanie responded to a question from another fan, who wanted to know if she was sad about the sudden end of RHOD.

“If I am being honest- no,” Stephanie replied. “I started whey my oldest was [five] years old and it was such a juggling act. I learned so much about life and myself during those years, but Chance is 12 and I really want to be the best mom I can be during these tough years. It’s emotionally tough to be in the franchise and I felt like I was dying inside toward the end of the [fifth] year.”

According to Stephanie, she was heartbroken to find out that her role on the show had put such strain on her family.

“My boys tell me all the time how happy they are now that I am not working and it breaks my heart because I realize that they could feel my stress and sadness when I was doing the show. I want their childhood to be better than that,” she explained. 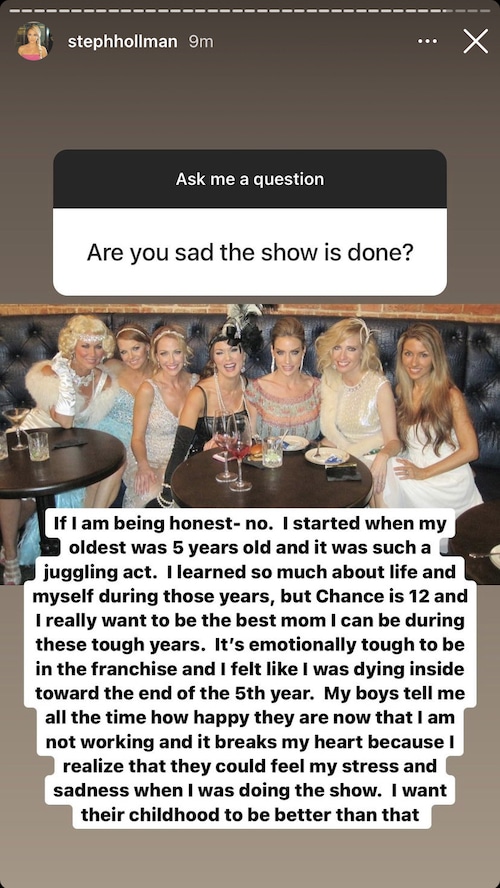 Following the cancellation of The Real Housewives of Dallas, an insider told Entertainment Tonight that Stephanie and her castmates were “surprised but relieved.”