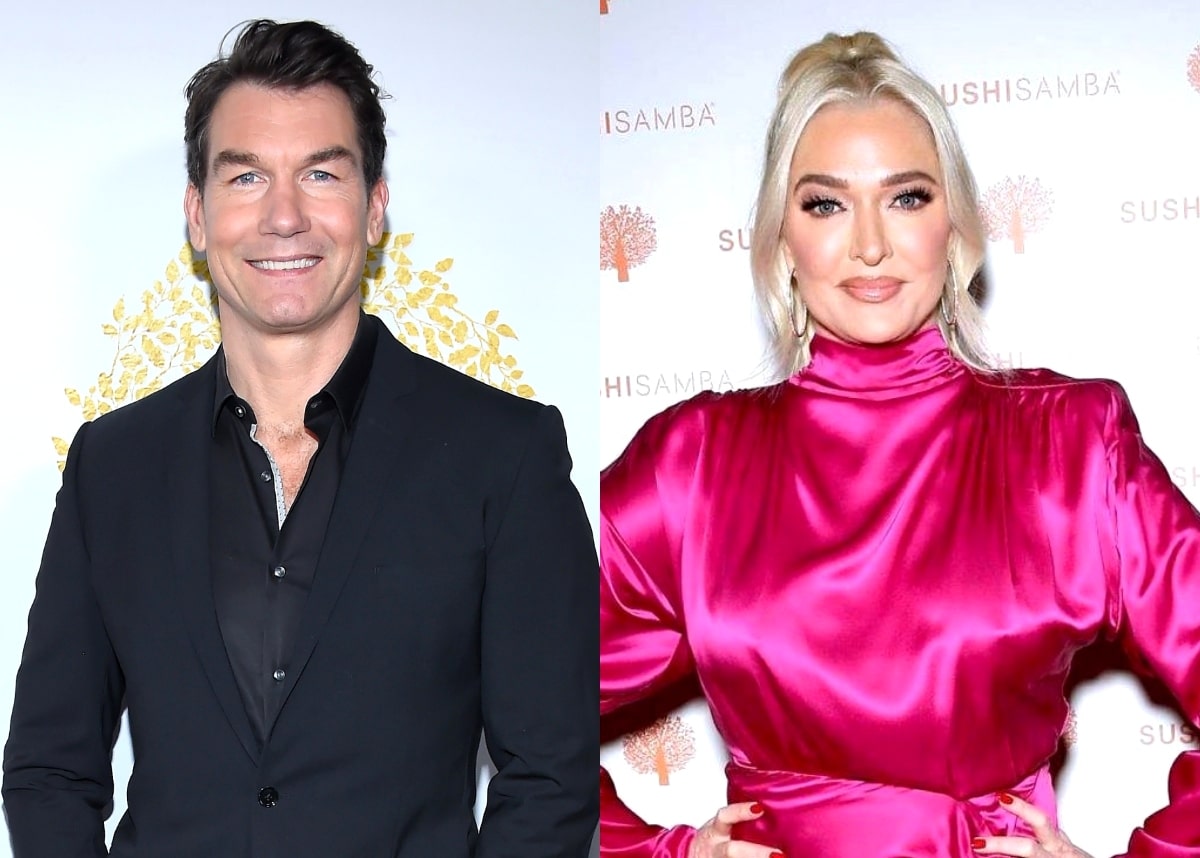 Jerry O’Connell isn’t impressed with how Erika Jayne has handled the legal scandal she and her now-estranged husband, Thomas Girardi, were hit with at the end of last year.

While appearing on Watch What Happens Live, the Real Housewives superfan was asked about Erika’s demeanor on The Real Housewives of Beverly Hills season 11 and questioned about what he would like to see from Erika moving forward.

“How do you feel Erika is coming off so far, open or defensive, or both?” host Andy Cohen asked on an October episode of WWHL.

“Look, Erika is a friend of all of ours but I have to say, Erika is coming off as defensive,” Jerry replied. “I still follow Erika on social media and there seems to be a disconnect between what we all know and what Erika is doing. Now listen, Erika Jayne changed the game, not only for Housewives, but for unscripted fashion. As Meghan McCain said on this show when I was on with her, there would be no [Dorit Kemsley] without Erika Jayne. But I just feel like there’s like a disconnect happening here and there’s not any mention of victims, there’s only mention of her. So I’m taking a little bit of an issue with it all.”

Andy then asked, “What is the number one thing that you want to hear from her coming up?”

Following the episode, a number of fans weighed in on Twitter, many of whom applauded Jerry for his sentiments.

“Yes!! Thank you Jerry,” one woman wrote. “WE WANT TO HEAR ABOUT THE REAL VICTIMS because EJ is NO VICTIM [Pray] for the REAL VICTIMS.”

“Absolutely tons of people besides myself will be boycotting the show because it just hurts deep down knowing this funds her and the people who don’t care about the victims,” another agreed.

A third fan said, “Listen to this Erika. So many people feel the same way about you. You came from nothing. You will end up with nothing. The circle of your life. Karma baby.”

Erika is not only facing claims of helping Thomas embezzle millions from widows and orphans of plane crash victims, but she also faces a $25 million lawsuit, which suggested she received millions in fraudulent transfers from the disbarred attorney in recent years.

The Real Housewives of Beverly Hills cast is currently in the midst of filming season 12.