Home Real Housewives of Beverly Hills News Erika Jayne Says Jose Canseco Slid Into Her DMs and Shares Update on Life After RHOBH Reunion, Plus She Reacts to Dorit’s Robbery, and She Steps Out in $5K Outfit

Erika Jayne Says Jose Canseco Slid Into Her DMs and Shares Update on Life After RHOBH Reunion, Plus She Reacts to Dorit’s Robbery, and She Steps Out in $5K Outfit 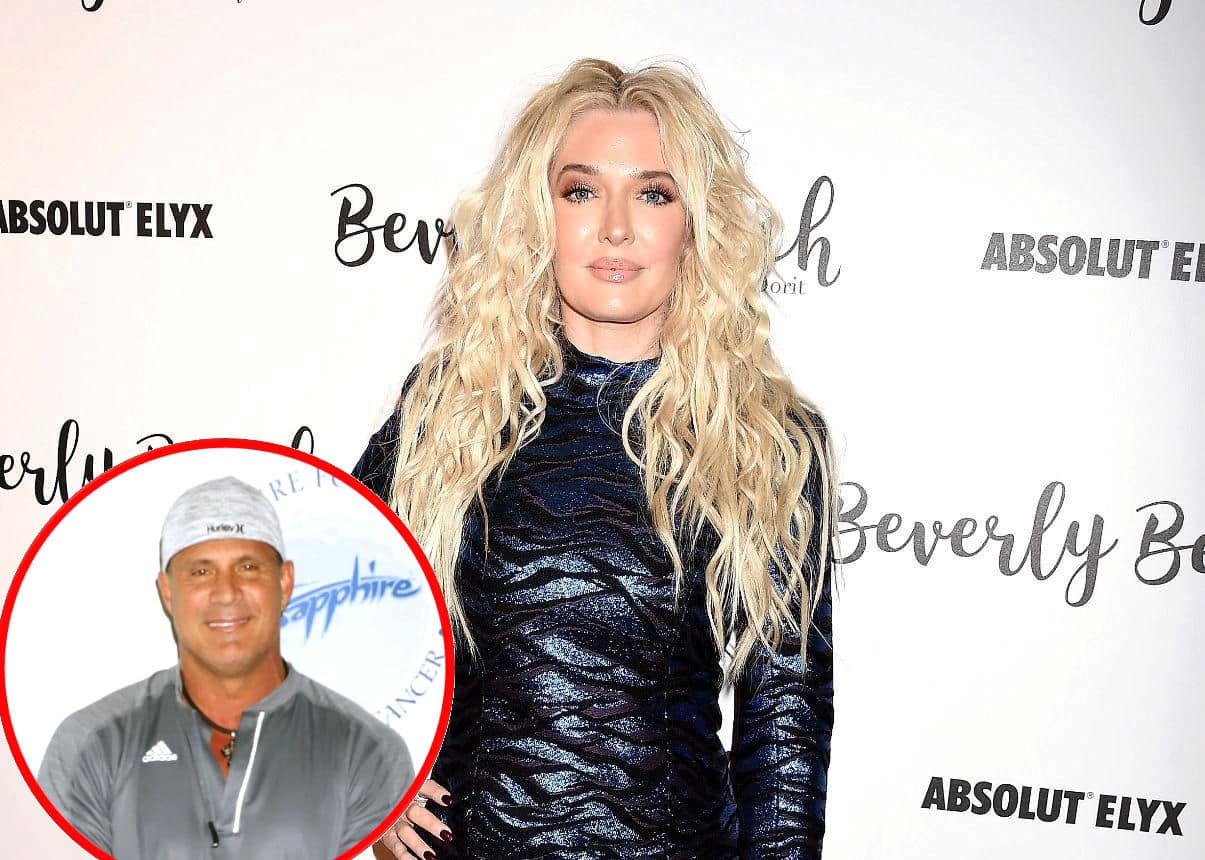 Erika Jayne is doing “good” following the conclusion of The Real Housewives of Beverly Hills season 11 earlier this month.

While enjoying a cast trip to Palm Springs for the opening of Kyle Richards‘ new store over the weekend, Erika offered a life update before revealing that former baseball great Jose Canseco once slid into her DMs and reacting to the terrifying robbery recently experienced by Dorit Kemsley.

“Everything’s good. Life is turning in a positive direction and it feels so good to have the season over, [and] to close out a reunion and just be on a much lighter path,” Erika told Teddi Mellencamp for Extra TV.

Although Erika is in the midst of a divorce from Thomas Girardi, as well as several other legal proceedings related to her husband’s crimes against his former clients, Teddi wanted to know if she was dating.

“It’s the number one question… Every guy wants to know, what’s going on?” Teddi asked.

“Slide in my DMs and find out,” Erika replied. “And then they’re good.”

When Teddi then admitted that the only celebrity to slide into her DMs was Jose, Erika confirmed she wasn’t the only RHOBH cast member he contacted.

“Jose Canseco slid in mine, too! And I was like, ‘Oh hey.’ I mean, Jose was hot,” Erika admitted.

Looking back at Dorit’s home invasion, Erika said the ordeal “was horrible.

“We all jumped in the car and went to go see her because we love her,” Erika revealed. “I’m shocked at her strength and how she’s continued to show up and how, you know, we know each other really well as a friend group, and to see one of us really just go through that kind of trauma is heartbreaking.”

Also during the interview, Erika said she’d love to do more music in the future.

“I hope so. It’s just a matter of getting back to it,” she explained. “The world has not reopened fully. I want to go perform. I want to go do things. The truth is that COVID has changed everything and it will be a reemerging.”

In other Erika Jayne news, the legally troubled reality star stepped out in Los Angeles on Tuesday, where the Daily Mail photographed her wearing a $340 pink Reebok x Victoria Beckham sweatsuit and $5,000 Chanel purse.

The Real Housewives of Beverly Hills cast is currently in production on season 12.