Ciara Miller Talks Dating Austen Kroll After Winter House and Why It Didn’t Work, Reveals Where They Stand Today, and Addresses Love Triangle With Lindsay 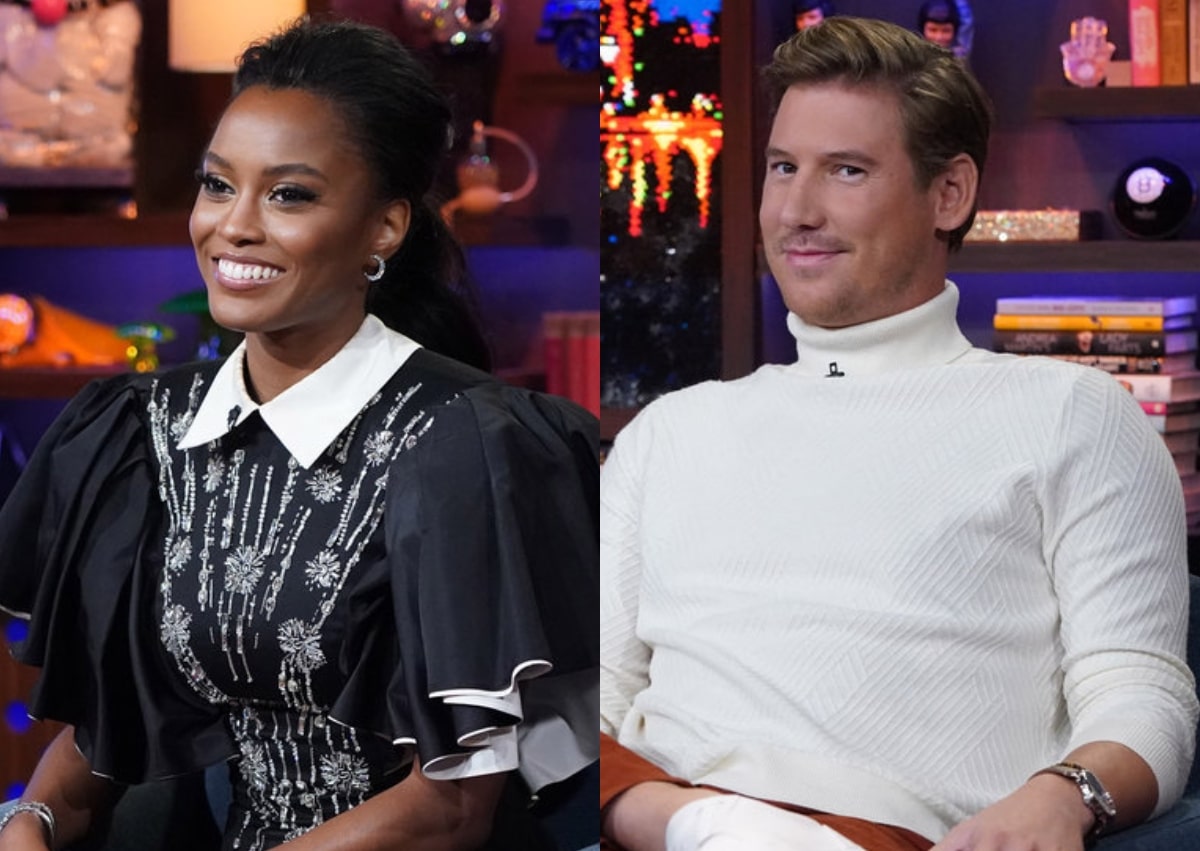 Ciara Miller may have claimed she and Austen Kroll weren’t dating just months ago. But now, after the couple was seen engaging in a hot tub hookup on Winter House, she’s coming clean about her attraction to him and revealing where they stand today.

Before addressing her love triangle with Lindsay Hubbard and sharing her thoughts on co-star Paige DeSorbo‘s romance with Southern Charm cast member Craig Conover, the Summer House star explained why she was initially dishonest about what was going on between her and Austen.

But she wasn’t ready to go public with her admiration after filming wrapped on Winter House earlier this year because she wasn’t sure if their new romance would stick.

“I kind of knew I needed to take a step back from it for a second and realize that we’re not filming. We’re not living together anymore and the dynamic is definitely going to be different,” she explained. “Whenever you’re filming with someone, it does speed up your relationship and you get to know them on a deeper level.”

Although Ciara developed feelings for Austen over the course of production, that wasn’t to say it was love at first sight. In fact, it was quite the opposite.

“Initially, I didn’t really like him,” she admitted. “I tell him this all the time. I was like, ‘I thought you were just way too much.’ But he definitely grew on me in the most positive way. There were so many moments where I felt like I could trust him, and feeling safe and secure is something that’s so important to me That definitely catapulted me really liking him.”

Following the end of filming, Ciara ventured to Charleston, South Carolina, to spend more time with Austen. And while in town, despite having “a lot of fun,” Ciara realized that neither she nor Austen were ready for a committed relationship.

“I still kind of have these feelings towards him,” she shared, also adding that while they are not currently dating, she’s not shutting the door completely on a future reunion.

As for the drama that went down between her, Lindsay, and Austen on Winter House, Ciara admitted that she wasn’t fully in the loop with what had been going on between Lindsay and Austen.

“Honestly, I wasn’t privy to a lot of what I’ve been seeing. At that time, I was never upset with Lindsay,” she explained. “I never said anything to her that was negative. My issue was with Austen and I told him multiple times. I just kept like, reiterating, ‘You need to clear up this situation because you’re involved in it.'”

Although there was some clear tension between Lindsay and Austen when they were seen on an episode of Watch What Happens Live last month, Ciara said she and Lindsay are currently “cordial and friendly.”

Also during the interview, Ciara said she was “here for” the romance between Paige and Craig.

“It’s very fun. I love them together. They have a lot of fun and they can just kind of be kids and be themselves,” she gushed.