Tamra Judge Gives Update on Meghan King After Wedding to Biden’s Nephew Cuffe Owens, Talks Erika Jayne Doc, and Why She Was Worried About RHUGT 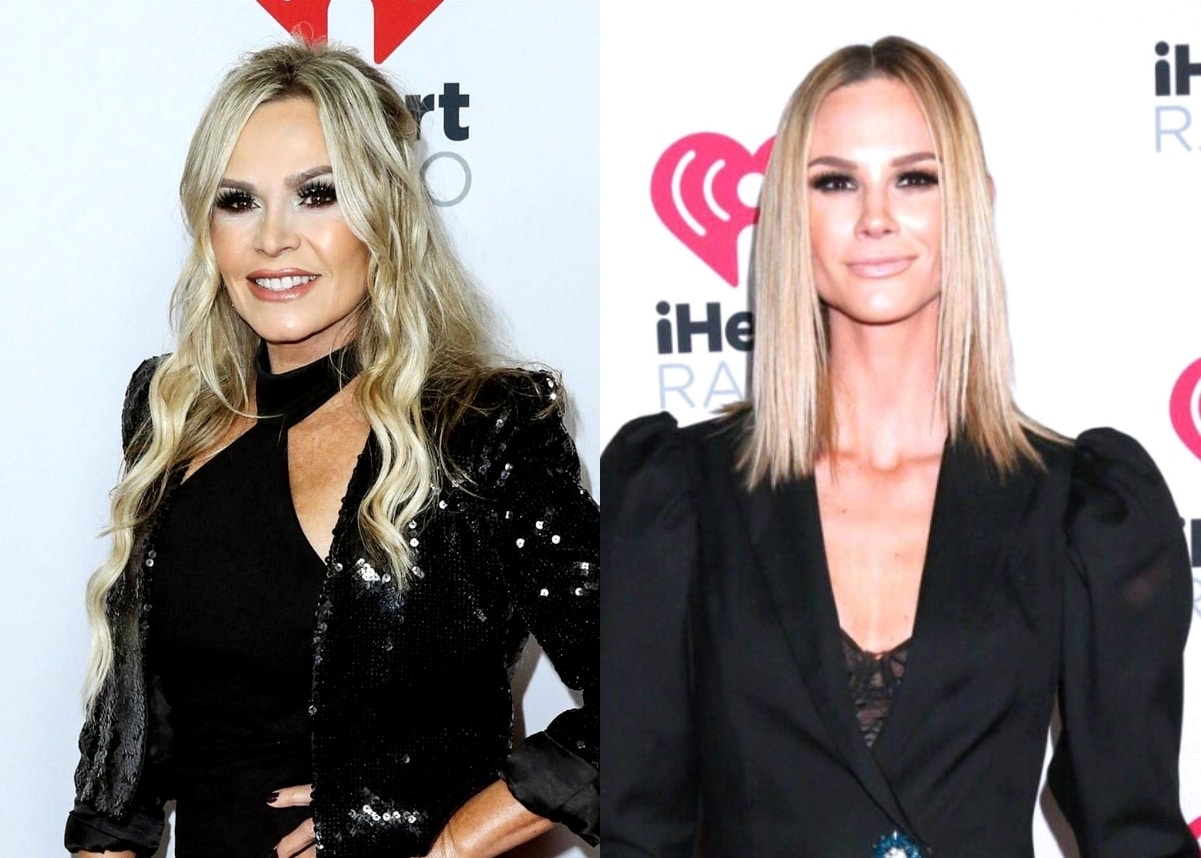 Tamra Judge is weighing in on Meghan King‘s surprise wedding to Cuffe Owens, an entertainment lawyer and nephew of President Joe Biden.

While speaking with Teddi Mellencamp on their new podcast, the Real Housewives of Orange County star admitted she knew nothing of the unexpected ceremony before revealing what producers wanted her to do on Hulu’s Erika Jayne documentary, The Housewife and the Hustler, and looking back at her experience filming the second season of Real Housewives: Ultimate Girls Trip.

“We were all surprised. I texted her immediately. Her and I talk. She never told me about this,” Tamra told Teddi on the December 3 episode of Two T’s in a Pod.

Although rumors swirled after the wedding that suggested Meghan was pregnant, Tamra insisted that was not the case.

“She’s not pregnant. I talked to her the other day,” she explained.

As for how Meghan has been doing in the weeks since tying the knot, Tamra said her former castmate has been faced with some long-distance challenges with her new husband.

“I’m like, ‘How’s it going.’ She’s like, ‘We’re making it work.’ Because he lives in L.A.,” Tamra revealed. “He’s now in St. Louis but I’m sure he’s traveling back and forth and I think she ultimately wants to move to L.A. but she also has to get her ex-husband’s permission for that. It scares me a little bit but if she’s happy, I’m happy.”

Since leaving RHOC in January 2020 following a demotion, Tamra has kept in touch with a number of her former castmates, but she says she’s enjoyed having more time with her girlfriends off the show.

“One thing I love not being on the show… I have more time to be with the people that really care about me. I’m like, ‘Wow, that’s how friendships are,’” she shared.

Speaking of the Hulu documentary that put a spotlight on the legal crimes of Real Housewives of Beverly Hills‘ Erika and her now-estranged husband, Thomas Girardi, Tamra said that while she was offered a position on the special, she quickly declined.

“They asked me to do the Erika Jayne documentary. I would never do it,” she explained. “I’m like, ‘What do you want.’ ‘Well we want you to go on and talk about how expensive it is to be on TV.’ I go, ‘I know how you’re going to twist this. No thank you. I’m not a rat. And plus, I don’t know her.’ I declined. That was a no-brainer.”

What she didn’t turn down was a role on the second season of RHUGT, which was filmed at Dorinda Medley‘s home in the Berkshires, Bluestone Manor.

“The show is so refreshing, the fact that they can break the fourth wall, they can talk about their experience on their franchise, that’s what people want to hear,” she pointed out.

That said, filming the series wasn’t exactly the easiest feat, and she had a major reservation going into production.

“It’s 18 hours a day of filming, cameras throughout the house, but not only cameras, they literally rotate with you. If you’re walking, they follow you. And we were told, ‘Do not touch those cameras.’ Eight or nine days we were there. I was really worried going in, like, ‘I don’t know these people. How am I going to film and be entertaining?’ It was tough,” she confessed.