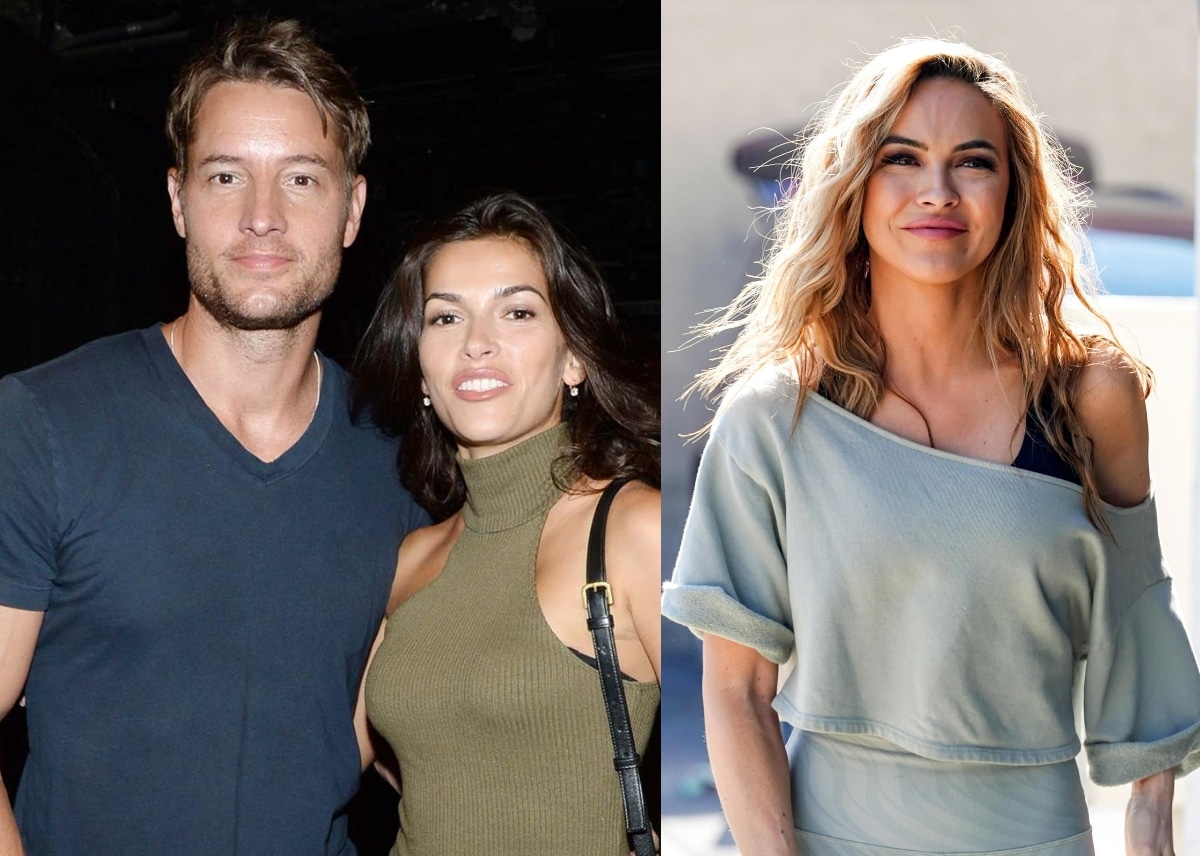 Justin Hartley opened up about his marriage to wife Sofia Pernas, who he married in March after about a year of dating, in a recent interview, admitting that he met the actress on the set of The Young and the Restless while he was dating Selling Sunset cast member Chrishell Stause, who he married in 2017.

While reflecting on the timing of his relationship with Sofia, Justin, who filed for divorce from Chrishell in 2019 and was also previously married to Lindsay Hartley, appeared to shade his past relationships, saying that he’s now “happier than I’ve ever been.”

“Timing has a lot to do with that. I’m very lucky to not only have found ‘the one,’ but I found her when she was available and the timing was right,” he continued, adding that marriage is “incredible when you’re not forcing things.”

“It doesn’t have to be that hard,” Justin added.

In other Selling Sunset news, Chrishell, who confirmed the end of her relationship with Jason Oppenheim, who she began dating this past spring, earlier this month, seemingly shaded him for not wanting kids while enjoying a girls getaway in Cabo San Lucas, Mexico.

“Well these eggs aren’t going to fertilize themselves… Or maybe they will…who knows. Until then, 2022 bring it on,” she wrote in the caption of a slideshow of bikini photos.

Following the news of their split, both Chrishell and Jason confirmed their breakup was prompted by their inability to get on the same page in regard to their plans for kids.

“Jason was and is my best friend, and other than our ideas for family ultimately not being aligned, the amount of respect and love we have for each other will not change going forward,” Chrishell wrote in a statement shared with her fans and followers on Instagram. “Men have the luxury of time that women don’t and that’s just the way it goes.”

“I very much hope to one day have a family and decisions I make at this point are with that goal in mind,” she continued. “Thank you Jason for the most incredible relationship and for consistently being honest with me even when it hurts.”

Meanwhile, on his own Instagram account, Jason said, in part, “While we have different wants regarding a family, we continue to have the utmost respect for one another.”