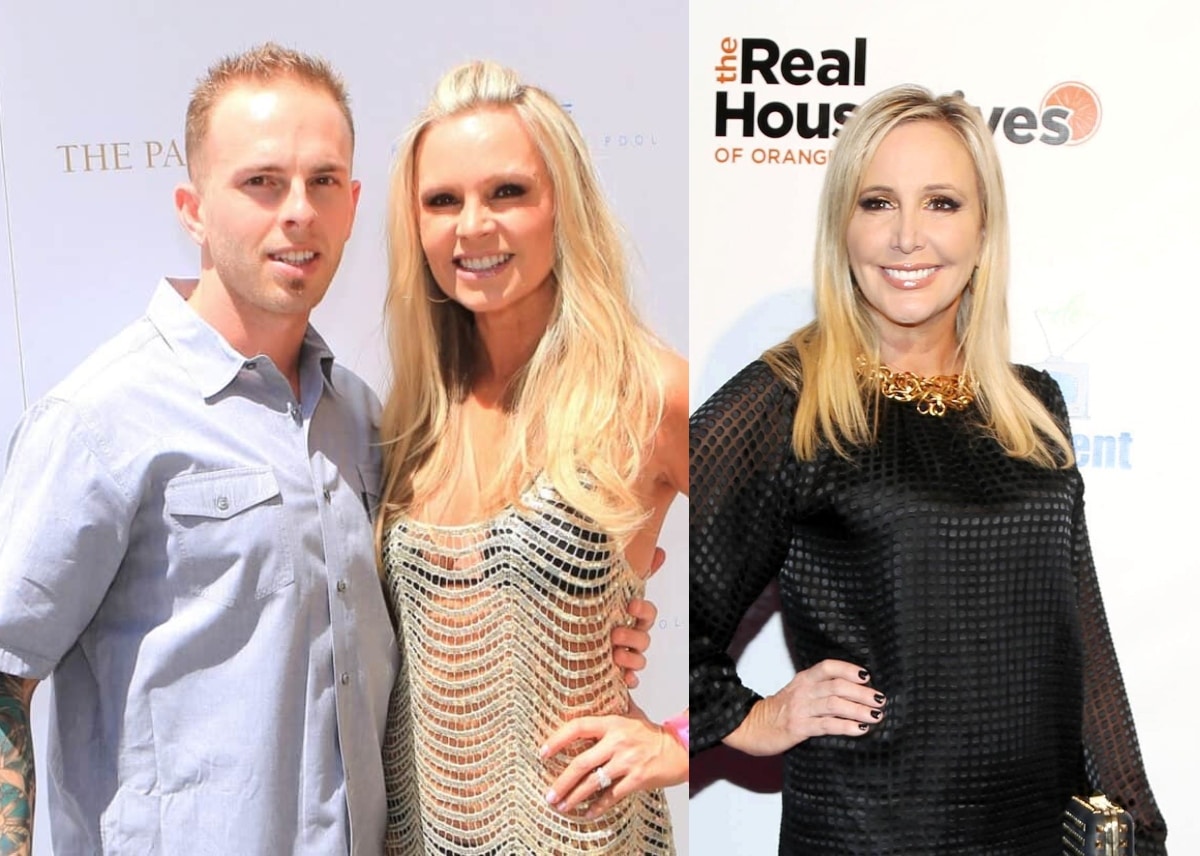 Tamra Judge offered an update on her son, Ryan Vieth, amid a four-hour road trip on her Instagram Story on Friday night.

As she hosted an “Ask Me Anything” session, the former Real Housewives of Orange County cast member revealed Ryan is in a new relationship before addressing the possibility of Shannon Beador making a cameo on her and Teddi Mellencamp‘s podcast, Two T’s in a Pod, and revealing her favorite cast members from The Real Housewives of Salt Lake City.

“How is Ryan doing? Is he still with his [girlfriend]? Do you have a relationship with [Sarah Rodriguez]?” a fan asked on January 14.

“Ryan is doing great. He’s in a relationship with a wonder girl. They are meeting us on our camping trip… pics to come!” Tamra teased. 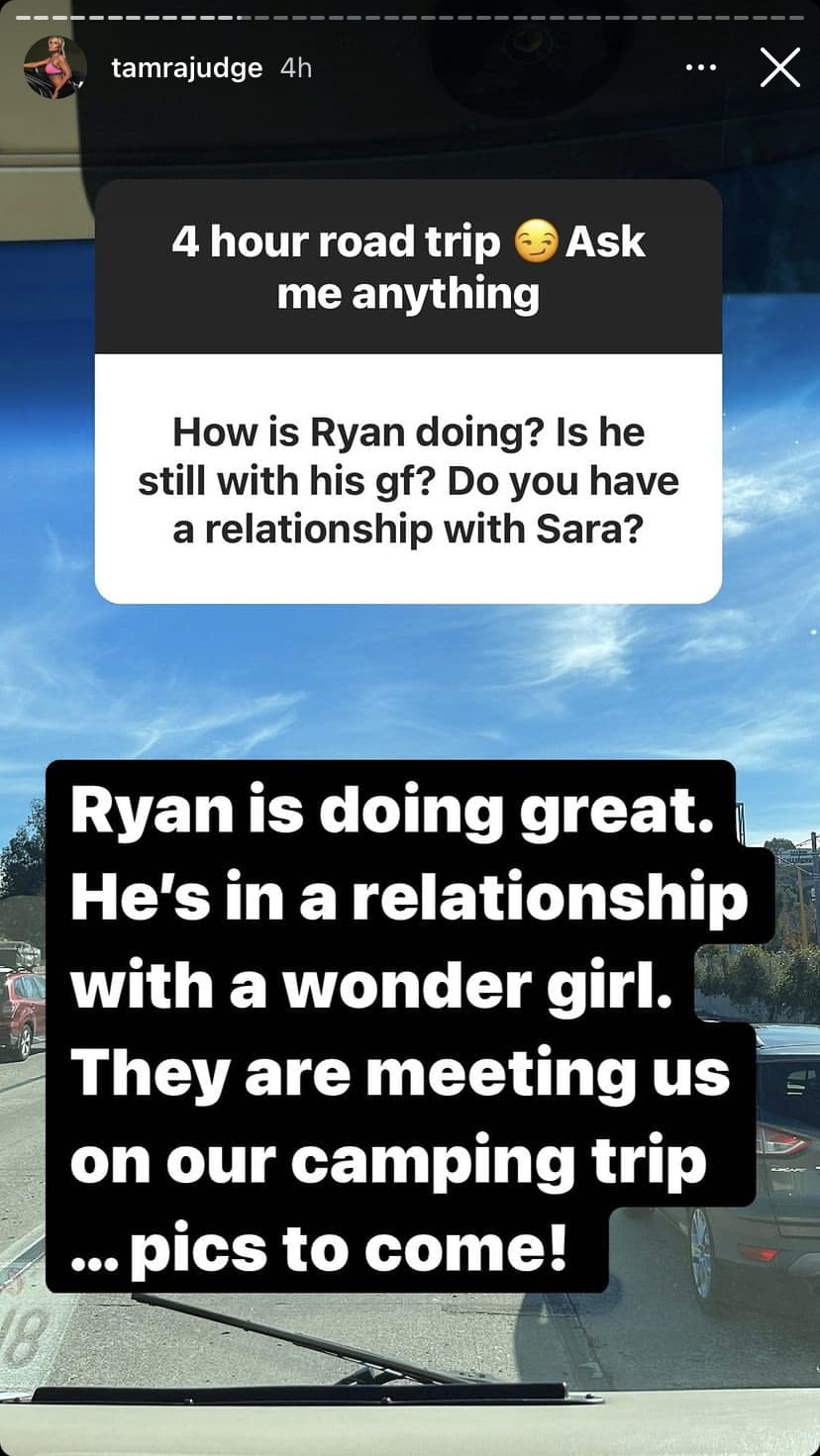 Then, when another person asked her “how often” she sees Ava, who Ryan shares with Sarah, Tamra said she sees her grandchild once a week.

“She’s over every Thursday,” Tamra revealed. “We did a sleep over last week. She will be camping with us. Ryan [and] Holly are a couple hours behind us.” 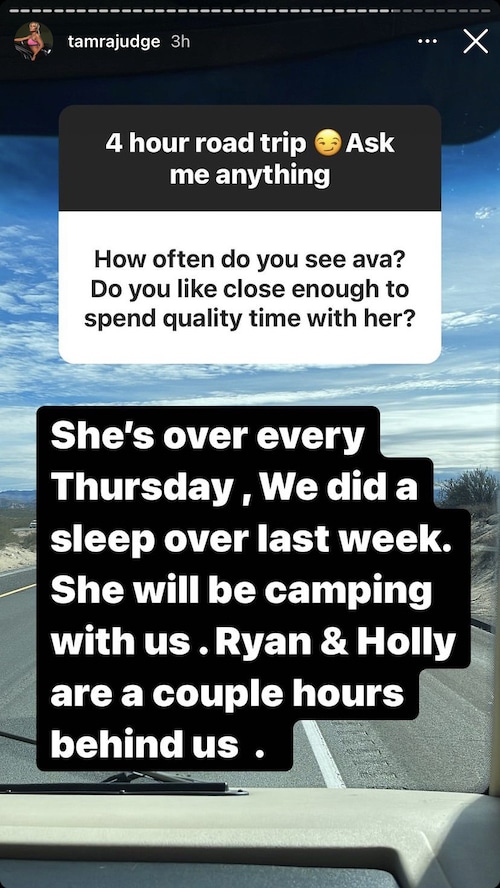 Another fan wanted to know if Tamra was open to the idea of having Shannon, who she claims abandoned their friendship after she left RHOC in January 2020, on her and Teddi’s podcast.

“Can you have Shannon on your podcast with [Teddi] and hash it out?” the person asked.

But Tamra didn’t seem to be on board with the reunion, offering only a crying-while-laughing emoji. 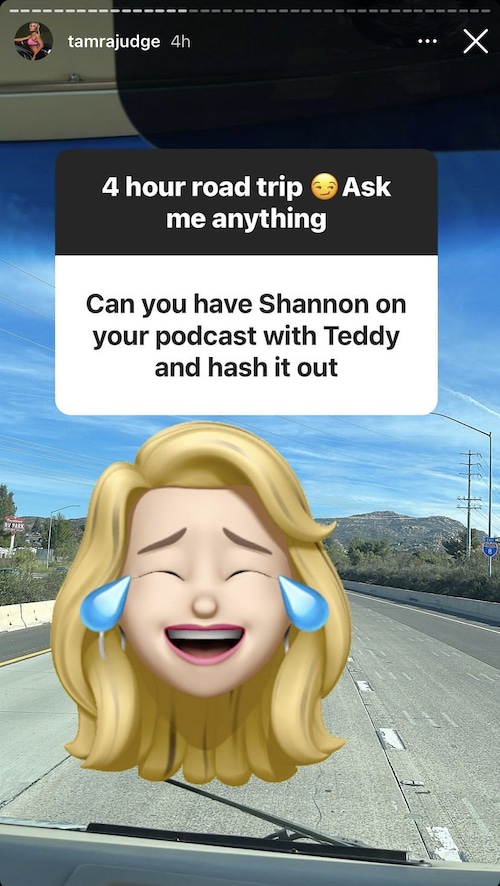 As her Q&A continued, Tamra was met with someone who wanted to hear her thoughts on RHOC season 16.

“I’m enjoying it,” Tamra confirmed, admitting that she isn’t “loving some of the cast choices” without revealing exactly who she was referring to.

She then shared some unexpected information about Emily Simpson, who she previously slammed as “boring.”

“But one girl has come a long way and that’s Emily,” she wrote. 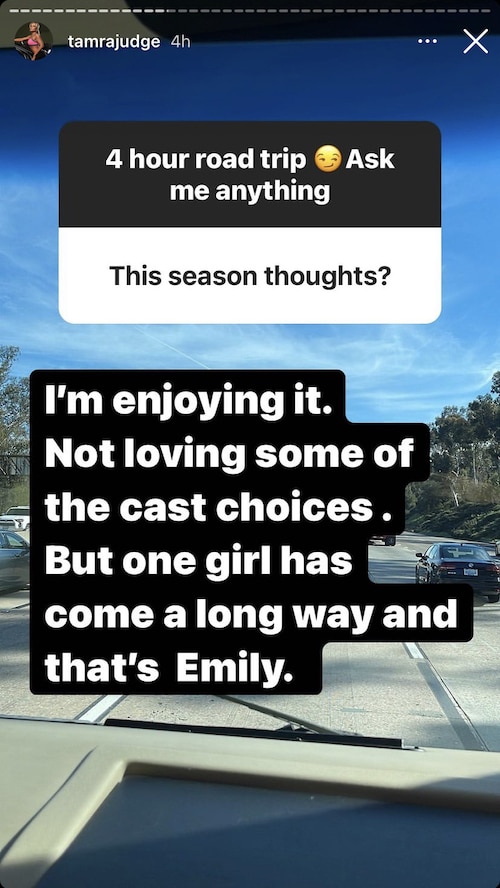 As for her “favorite housewife” from RHOSLC, Tamra couldn’t name just one when asked by a fan. Instead, she shared her top three members of the cast.

“I really like all the ladies!” she proclaimed. “My top [three are Heather Gay, Lisa Barlow, and Whitney Rose].”

Tamra went on to describe the latest Real Housewives installment as “amazing AF” and said she’d “move there just to join the cast.” 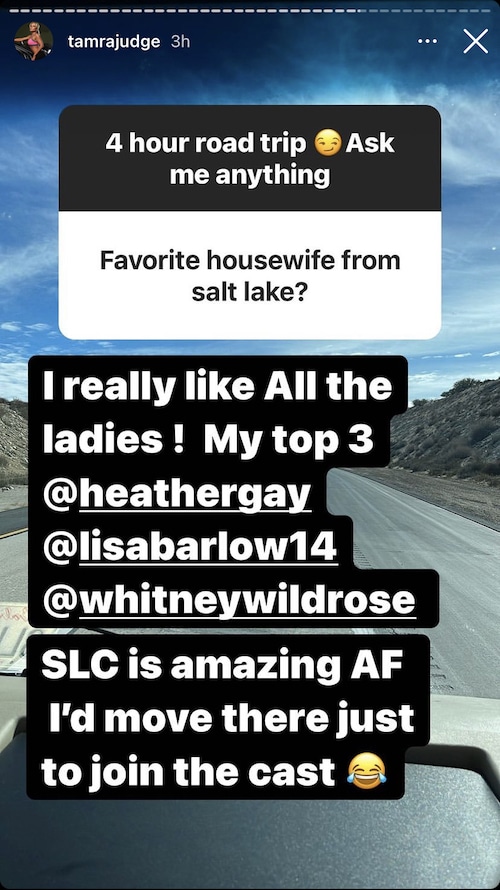